Long story: In the previous episode, the aliens found a hidden bach.vcv file in the Mars Perseverance Rover’s ROM; they played it using the VCV copy included (unofficially) in the rover’s operating system. They analyzed the audio signal using their JCN-quantum computer; the computer found that it almost matches a signal that their USRA antenna, placed on the dark side of the moon, received a few thousand years ago. At the time they believed it was a random noise signal, but now they realize that it was generated by another intelligent life. They decide to start a voyage towards the source of that signal; the first phase is to reach the moon and from there proceed to a hyperspace jump towards outer space …

The challenge: make a VCV patch that accompains the first phase of the alien’s journey: the rendezvous around the moon.

The video for the challenge: 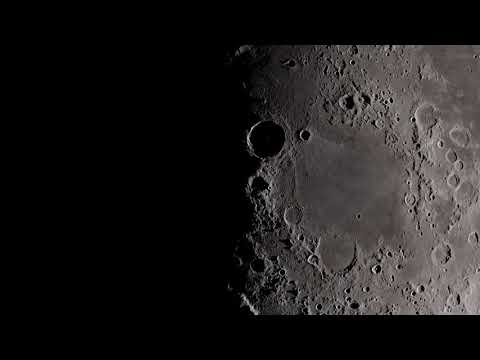 - the soundtrack aspect tickles a particular fancy. Here’s one possible contact with the Moon. Alien radio chatter and all. 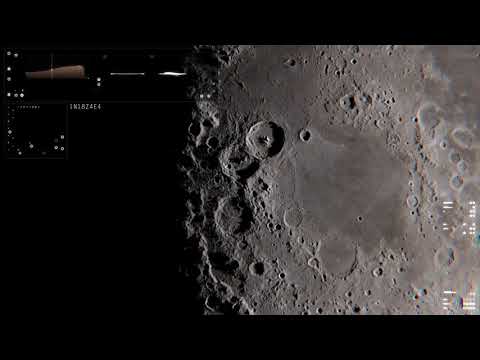 Uhm, the patch is a mess because I had the video in mind and structured a good part of it around Omri’s Lights Off module before I settled for the modules to make the UI… 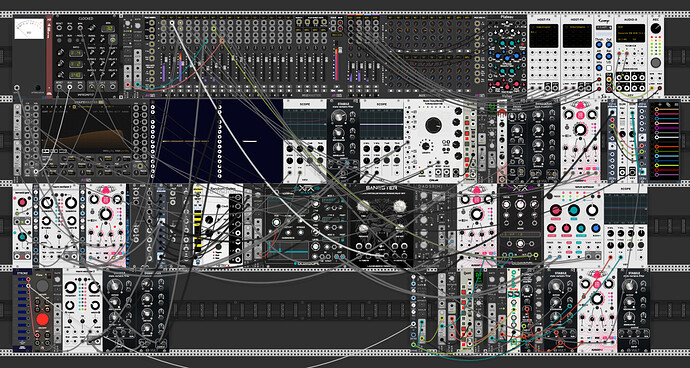 Here’s one possible contact with the Moon. Alien radio chatter and all.

… still a relaxed atmosphere: ordinary maneuvers for the aliens and they can admire the spectacle offered by the moon; nevertheless there is a slight tension for the surprising discovery and for what awaits them in the outer space … 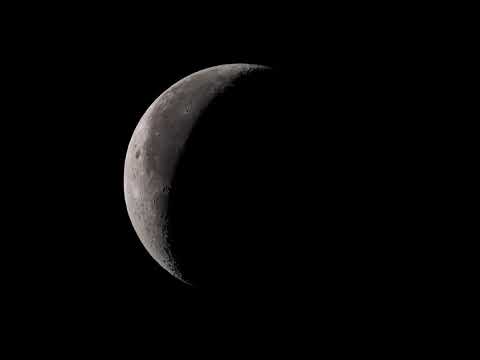 … the soft low-volume background music that can be heard in the large hangar of the starship; where - in this phase - there is no alien activity and no mechanical operations in progress … 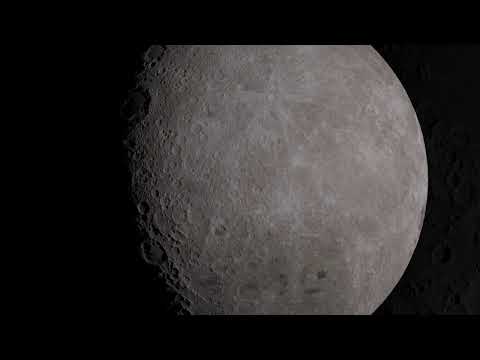 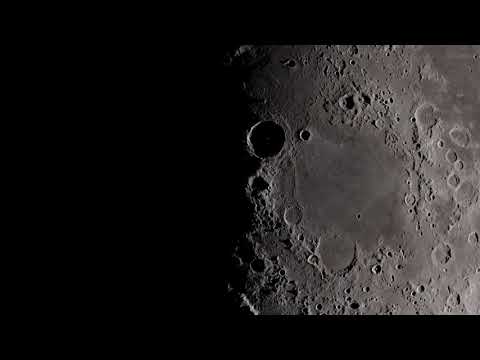 My entry for the VCV 3-minute challenge Ep.3: Moon Rendezvous

Nice! This almost everrising filter (and pitch) effect - are you aware of this?

… a quiet approach, then an epic mood begins to flow through the “alien veins”, they know the future can always hold many surprises …

… this one could be from the main engine room of the starship, accompaining the last checks before the hyperspace jump …

reminds me of this; 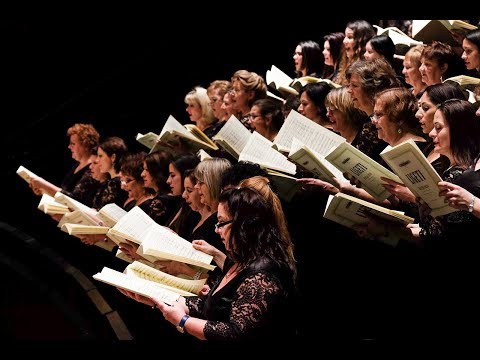 super nice. like the stereo things bouncing around. And impeccable choice of modules, of course!

Yes, Squinky Labs is well represented in that patch. The stereo bounce is Saws L and R going to separate F2 filters and then gating a voltage into the Fc to bring up the pad. It worked pretty well.

Wow, you even included a hud display from the alien ship. I like the music too. It’s nice and relaxing. They must be peaceful aliens visiting the moon^^.

This is my little attempt at the VCV 3-minute challenge Ep.3: Moon Rendezvous: https://community.vcvrack.com/t/vcv-3-minute-challenge-ep-3-moon-rendezvous. I really like the moon topic. My attempt didn’t work out so well. Also, the patch is unfortunately overcrowded with CPU intensive modules, but I’m releasing it now anyway^^.

This is my little attempt at the VCV 3-minute challenge Ep.3: Moon Rendezvous: https://community.vcvrack.com/t/vcv-3-minute-challenge-ep-3-moon-rendezvous. I... 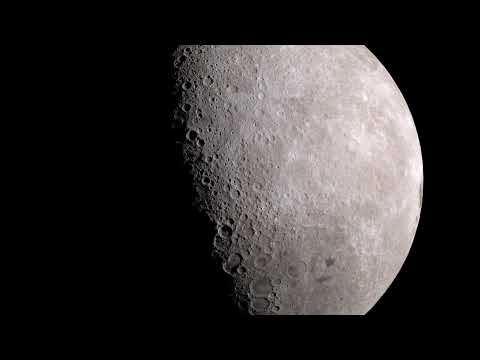 Here is a little explanation about the patch and the performance steps.

I can’t explain very well. I hope you can imagine it more or less. I will put my voice recording in the zip file, but I can’t add the recording for mixer channel 2 because of the file size limit for uploads. But I think you can record it yourself. Simply change the red cable of the first supercell to voct and press the record button of the first complex simpler, after 10-20 sec press it again.

Yes, I had wanted to do a Lights Off: fully off video for a while and then I enjoyed a game recently in which you play as an AI on a more or less present day space station and you interact with everything through cameras and computer screens and the visuals of it are gorgeous aaand one thing led to the other

These sounds make me think of documentaries where gigantic cave systems are shown. That somehow also fits well with the moon. It is assumed that early volcanic activity on the moon also led to the formation of caves. These are supposed to serve as protection against radiation for future moon stations. Maybe someone will figure it out someday.

This is my little attempt at the VCV 3-minute challenge Ep.3: Moon Rendezvous:

… great drones at beginning and end … the voice at 1:20 could also be interpreted as the commander’s last recommendations before the hyperspace jump …