Storyline: … as we saw in the first challenge, the Perseverace Rover, which is exploring Mars in these days, has a VCV Rack installed in its operating system. The aliens initially feared it was a weapon sent by a more advanced civilization and were ready to destroy it, but they soon realized that it is harmless and they simply disassembled it to analyze it and reassembled it (NASA obviously did not notice anything). They also made a copy of VCV Rack and found in a hidden directory a file named “bach.vcv”; they loaded it in VCV and …

Challenge: make a VCV patch with Bach’s music, reinterpreted as you like.

To make things easier I prepared a “raw” patch in which the Impromptu Foundry module contains Bach’s Two Part Invention No. 4 ready to be altered and combined with other modules; there are tons of possibilities: use electronic sounds, add drums/rhythm, change tempo, add effects, use only some patterns of the sequence, “granularize” it, play with panning, reverse it, transform it to an ambient patch, … The patch can be downloaded here:

The template for the new VCV 1-minute challenge (on VCV community). There are plenty of... 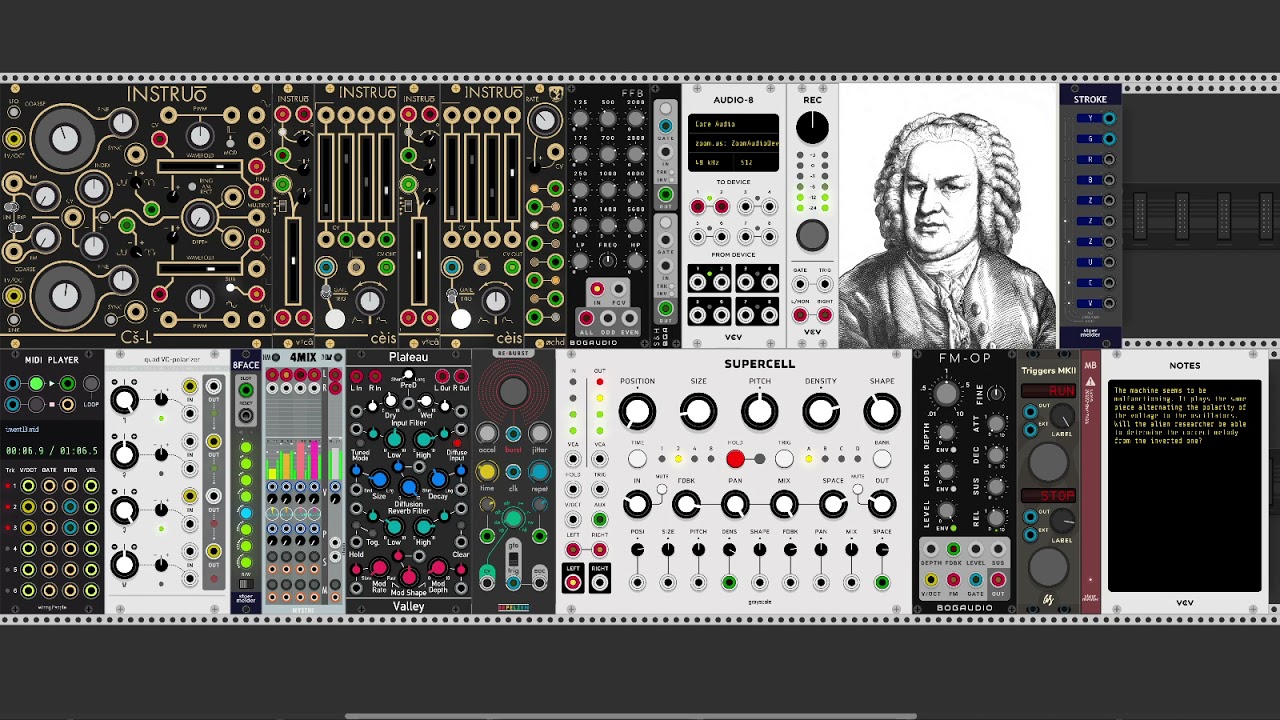 Great use of melodic inversion!!!

… my entry to the challenge 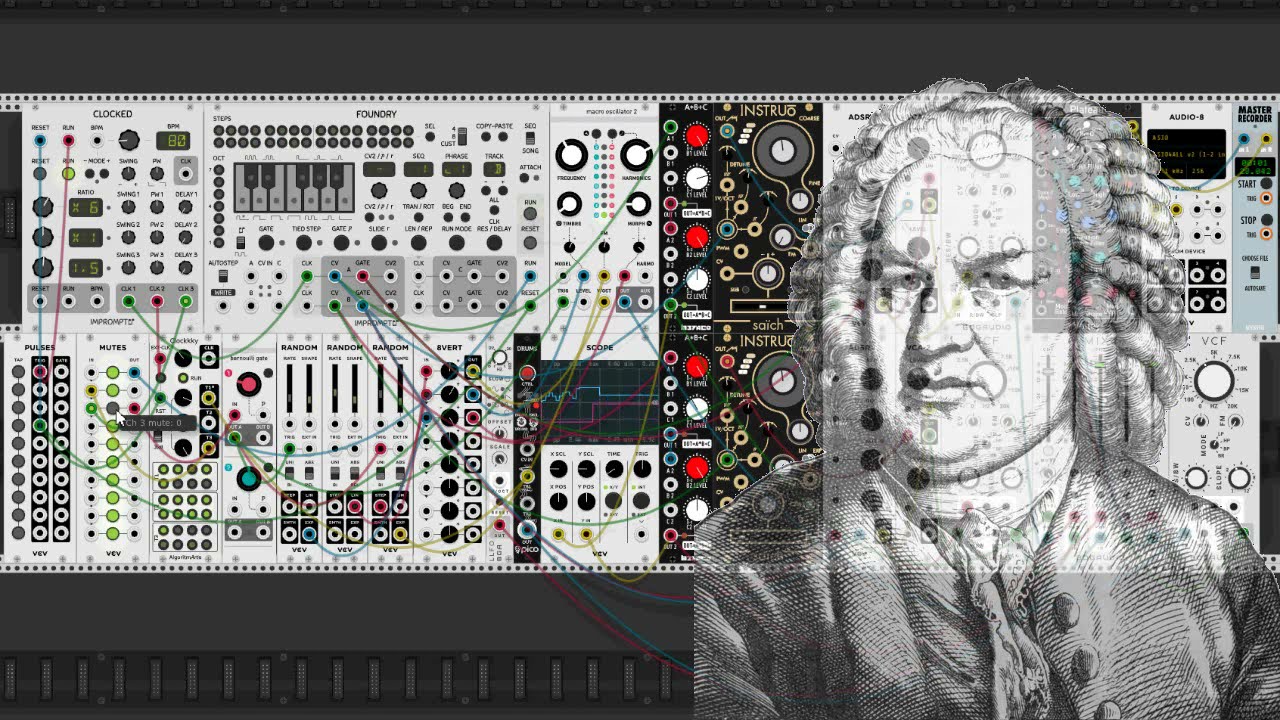 At the beginning and at the end, I tried to synthesize the “alien voice” .

The patch uses Instruō saïch, so it’s also a valid entry for the VCP challenge #62

My entry to both the VCP-62 challenge and the VCV 1-minute challenge ...

As every one knows, the Martians landed on Earth in 1721 and cloned J.S. Bach. After a few genetic tweaks here and there, Bach and his descendants have continued to compose and perform on Mars. Here’s their version of “Prelude in C minor” using the standard Martian 23 note scale and played on traditional reed and bell instruments. The performer in this video is Zygblz Bach the IV. He sits very still and only his hands move. 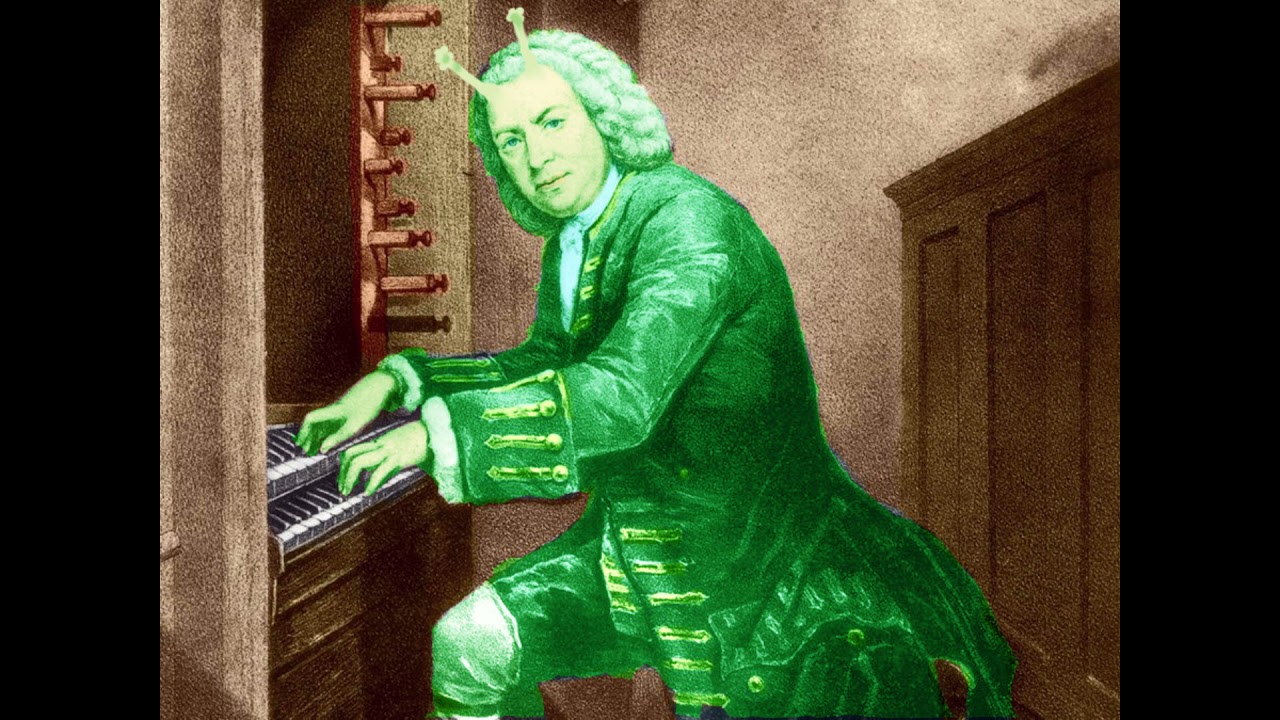 The performer in this video is Zygblz Bach the IV. He sits very still and only his hands move.

nice !!! Out of curiosity I tried to reverse the mp3 from youtube and slow it down to 95% … and it becomes an interesting space-ambient 45 minute album

Hmmmm…I never thought of doing that. I’ll try it out!

I’ll try my best to take this challenge, but I can’t promise

Sounds like Zygblz may have used a little of the Martian version of The Beatles Across the Universe.

Two sequenced voices, a beat and some random noises, including the drone from an earlier installment of Martian explorations. All free modules. 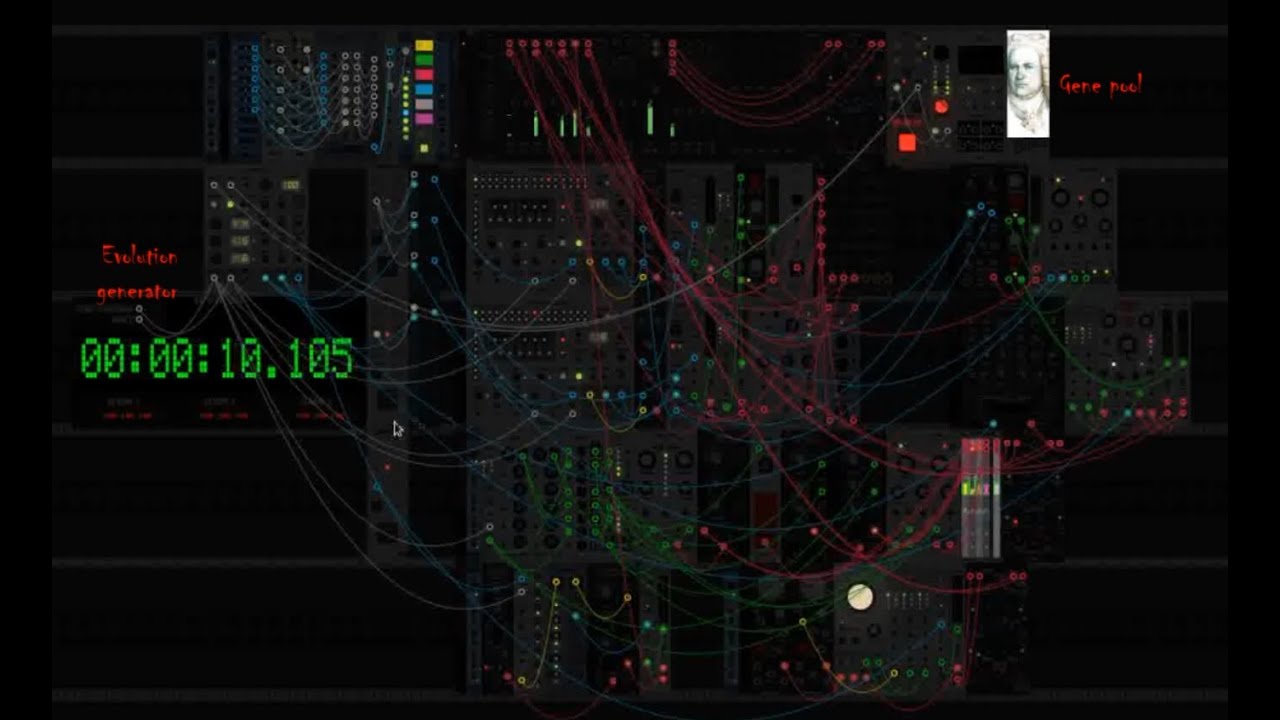 .. when the Martians find two strands of musical notes and attempt to replicate it...

… Clearly here the two-part invention is obscured by the “Giant” in D minor (even a distorted fragment should make them suspect that Bach was one of them) … that could itself lead to a nice full “alien version” like the 1:10-1:30 segment.

Y’all forgot a Delay module, with a CV to vary it from 182 to 1342 seconds, depending on where Earth and Mars are relative to each other.

Back when I took music theory in college (as a minor) in, uh…1979, we studied Vivaldi more than Bach. I still listen to baroque music to this day, so I guess I wasn’t too traumatized by it. I actually wrote 2 baroque pieces for this challenge, but they both sucked (I think I ended up with maybe 2 decent measures). I don’t remember the rules for writing counterpoint anymore, so I probably screwed that up to. P.S. Speaking of Vivaldi, here’s a Vivaldi-ish staccato string patch I had laying around. 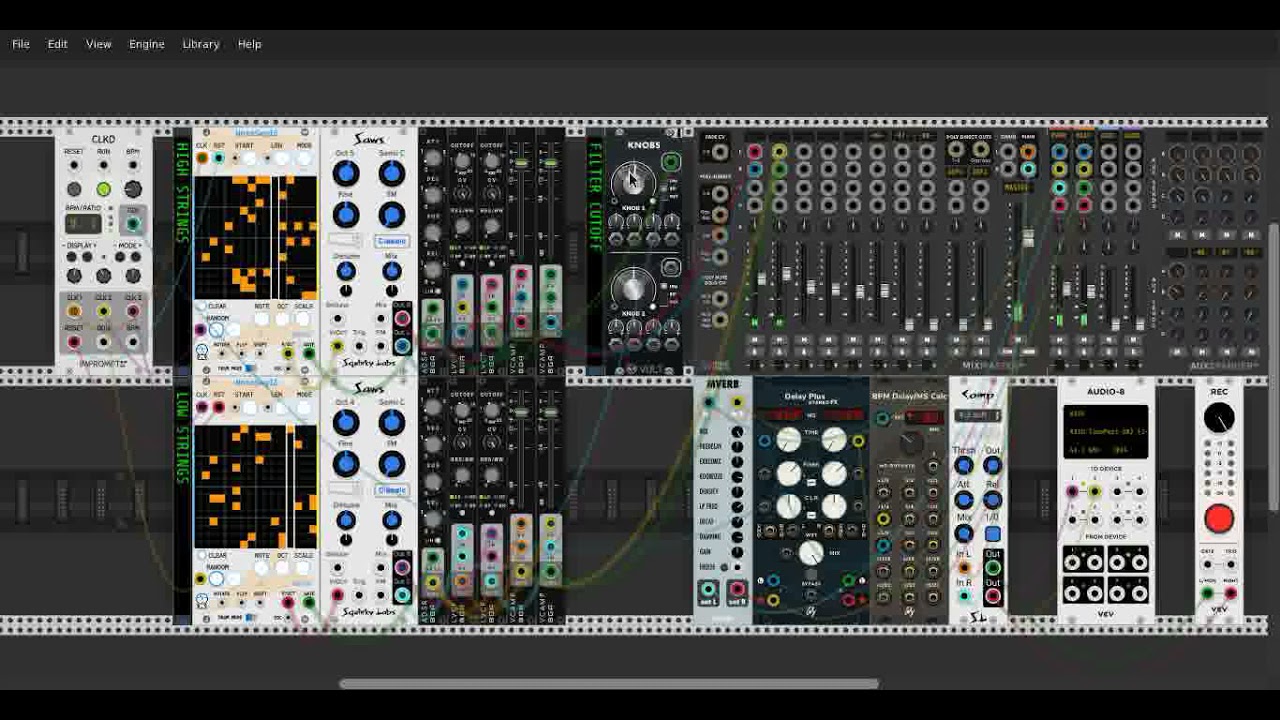 Patch that generates a Vivaldi type staccato sound. The 2 sequencers are set to C...

Late to the party here I know but I had this idea … you are on Mars listening to Bach on the helmet radio, but you are also hearing your heartbeat, your breathing and the noise of the oxygen pump on your suit. And the radio reception keeps drifting in and out.

Timings of heartbeat and breathing are subject to subtle variations thanks to Range LFOs. 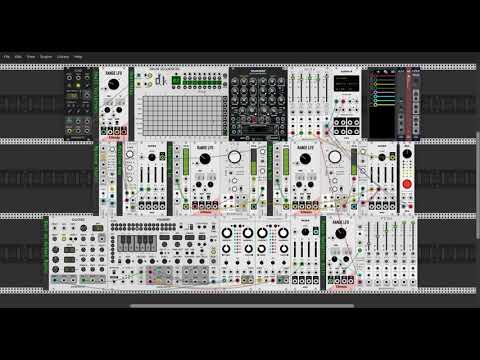 My entry for this Mars adventure! 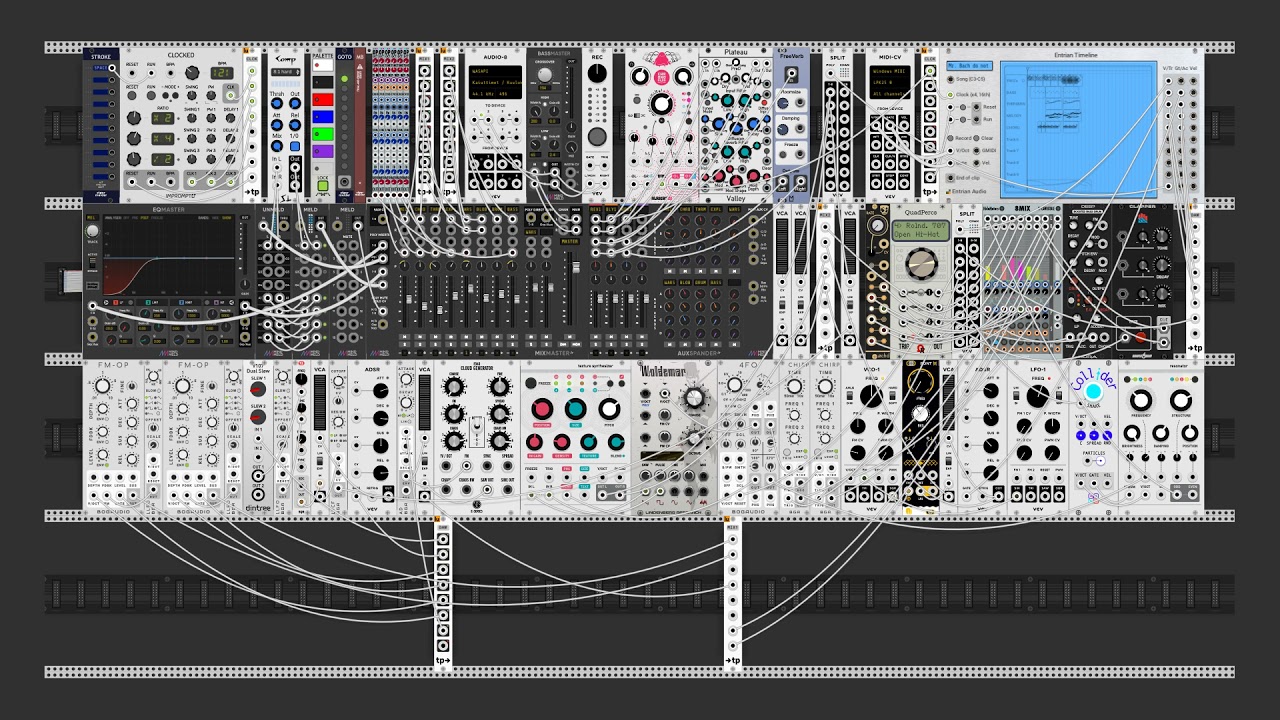 My entry for this Mars adventure!

Very nice interpretation!!! A proof that aliens perceive time differently from us … (by the way also Valentina Lisitsa seems to come from another planet: Bach 15 Two-Part Inventions on a very old piano :) Valentina Lisitsa - YouTube 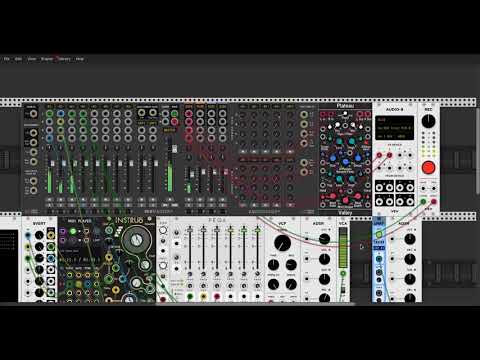 a little bit late to the party, play with the two knobs on the 8vert to aliented the music scale to your pleasure