But seriously, this community is doing something really noteworthy not just in it’s output, but also in the spirit with which it conducts itself. A real pleasure to be here!

Hi Everyone.Been lurking for a few weeks,and consuming tutorial videos. It was one of Omri_Cohen’s that brought me here,in the first place.Seems that sometimes the YouTube algorithm really throws up something wonderful.[I was already just beginning to dabble with Voltage Modular,so that probably had something to do with it,but even so].

I’m completely new to modular,so have a very long way to go,but have some experience with the DAW/VST world. Prior to that,I’ve played piano since I was a kid,and picked up a few synths and samplers along the way.

VCV seems to be almost too good to be true : Free to start,and free to expand.How often do you find that ? Maybe never,at least at this level of quality.

I definitely will be buying some premium module,both because they’re great,and to support the Devs,and VCV itself. Also,the Devs who produce,sometimes large,collections of great modules,all free of charge,deserve support,too. Does joining GitHub somehow help them ? I got that impression,somehow,but don’t know anything about it,or how it might work.

I could go on,and on,but instead I just like to say a friendly hello,to everyone. This seems like very knowledgable,and friendly,community.I hope to get to know at least some of you,as time goes by.

Best wishes to everyone.

25 posts were split to a new topic: BrightThunder

I’ve been a professional graphic designer for over 25 years now… which means for 25 years clients have been paying me to design things for them.

I started conceiving/designing my first module for VCV nearly a year ago (MindMeld MixMaster). It’s pretty much the first thing I’ve designed in 25 years that has been purely for the love and enjoyment of it, rather than because someone else was paying me to do it.

It’s been a truly liberating experience and a joy to focus my skills on something for no other reason than because I want to. Seeing it get well received and used by so many people has been fantastic - and of course none of it would have been possible without Marc’s awesome coding skills.

That said, as with all the developers of free modules I’m sure…donations are always hugely appreciated

I’m Matt and I’ve been lurking here for about half a year now. I’m a big free and open source software advocate, so naturally I’m loving the community built around VCV Rack.

I’m an audio-visual artist, developer and researcher - and have gravitated towards using Rack as a way to incorporate sound design and analysis into my main focus which is building tools for the visualisation of music.

I’m particularly interested in mixed reality tech… placing virtual elements into the real world in musical performance contexts… Here is an example of one of my collaborations with a colleague of mine (Alon Ilsar) to give you an idea of what I mean: 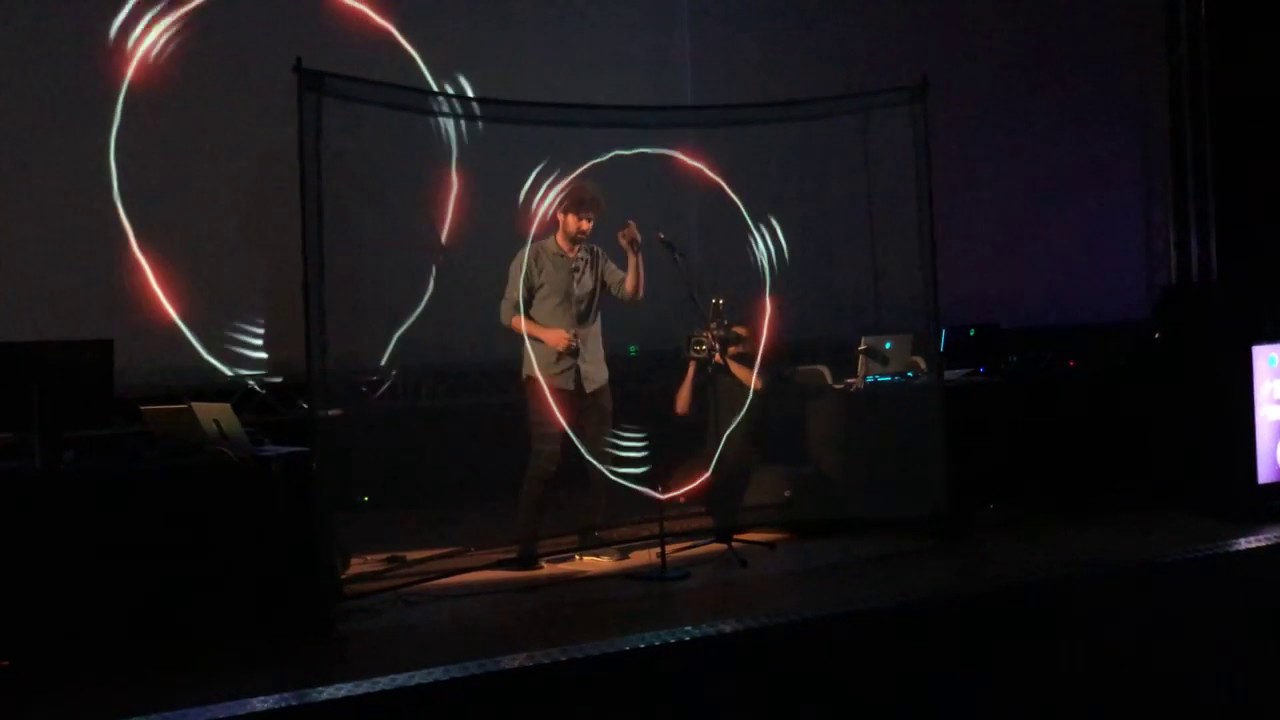 I’ve been using VCV Rack as an interface to create graphics with custom modules that allow me to control the Unity game engine. I actually presented the system as a demo at this year’s NIME conference… here is the demo video for those interested! (just ignore the part about it being available online lol) 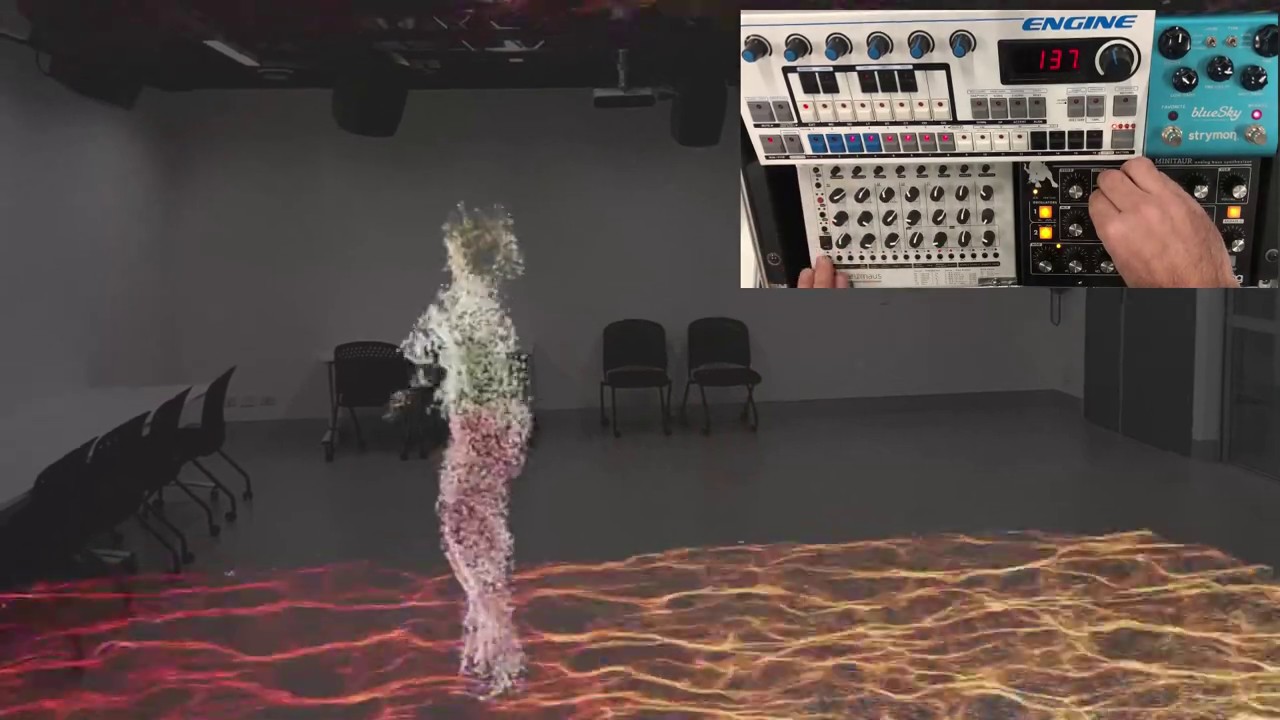 I want to release these graphics-oriented modules soon for others to use - sometime over the next month or so - and share my system for integrating VCV Rack and Unity. I thought I’d introduce myself before I do so!

11 posts were split to a new topic: eidetic introduction (moved from Member Introductions)

Hello I’m also Matt, from Massachusetts. I’m not any kind of coder or computer person, I’m a musician with a degree from jazz school and a long list of bands I’ve played in. I also had a radio show playing mondo-obscuro pop music for some years

I’ve been making electronic ambient music, when I have the opportunity - meaning, with interruptions measured in years - since about 2005 or so. I’ve used Reason a lot, some PureData, and a little tiny bit of SuperCollider, Most recently I took advantage of quarantine to complete a draft of a 24-hour ambient musical clock / sound sculpture, which you can stream at surreptitiousmusic.com. This took a tremendous amount of work to plan and realize, all in Reason - my MacBook is to old to run VCV Rack well, but as I type the parts of a new, custom-built PC are on their way to my house so I can run this software and (hopefully) build something complex and beautiful. So: In the coming weeks look for me asking questions about various control systems, and eventually also about how to livestream VCV Rack over Internet. I thought it might be considerate to introduce myself here first…

I’m Marshall, I’m a mathematician very interested in music and synthesis. Over the last year I’ve finally gotten into actually writing music and exploring lots of hardware and software. I’m a big fan of SuperCollider but now I am also tremendously excited by VCV. I had a lot of module ideas but then realized most of them have already been created - thanks!! One thing I’d like to make is a Hidden Markov Model sequencer, but I think its hard to design a good interface for a general one. I really like the Darius module which has an interesting balance in its capabilities and simplicity. Thanks so much for all the work people have put into this system!

I think there are a couple of markov things… Isn’t Mr. Chainikov still around?

As far as I can tell, Mr. Chainkov generates a first-order Markov model for a given input sequence. What I want is a Hidden Markov Model (HMM), which has an underlying Markov state sequence (the “hidden” states), and each state in that sequence has a set of emissions (CV values) with corresponding emission probabilities. Its not that hard to code for a bounded set of hidden states and emissions, I think the real challenge is the interface.

We have a couple of things in common,it seems,as I’m also planning a new self-built PC,mainly for VCV Rack,but also to run various VSTs,using the Host module.Haven’t quite finished the researchphase,yet,but can also hardly wait to place the orders,and get building. Hope your system works out well for you.

Wow, this is brilliant! My dream is to have live visuals to go with my music…

I feel a little silly showing the whole world what I paid for all this stuff, but here’s the system we settled on

Hey,nothing to feel silly about there at all.That looks like a lovely system,and reasonably priced.

You should definitely be able to build complex, beautiful patch creations with this.

Oh,and if you want even more power in the future,you can always sell the 3700x,and get a 4700x [when they’re actually released]. I’m not saying you’ll need it.It’s just nice to have a drop-in replacement upgrade like that available,should you ever want it.

From what I’ve read on this forum,the 3700x is quite a beast. Wish you good health,and good patching.

Hello good people. I posted here the other week and it occurs to me that I haven’t formally introduced myself. Apologies if I’ve broken convention!

My name is Mark, and I’m a technologist by trade.

My main musical interests lie in generative/algorithmic composition and microtonalities.

On the generative side, I’ve primary been exploring a class of algorithms designed to capture the attributes of systems that exhibit spontaneous order and self-organization. If you’re interested I have a short write up on my website:

as well as more detailed information on my music site (linked from there).

On the micro tonalities side, I maintain a package designed to explore them – think of a Scala, but implemented in python:

(“Maintain” is actually a strong word; I tend to throw things out and then not really look at them for a few years!).

but it is a little off-topic for this site, as I didn’t use VCV rack on it (that album was produced with some synths I programmed in CSound and the Yoshimi soft-synth).

I’ve been working with VCV since about the beginning of the year, and frankly I love it. I haven’t released anything yet, but I have a few tracks for my next album done (when it’s done it’ll be released with a Creative Commons license, as is all my music).

I use VCV on Linux – I’ve been single-booting Linux since the days of the monolithic kernel!

I have a few ideas for modules. For example, I think a good first project would be to add microtonal support to one of the open source quantizers. NYSTHI has a Scala-based quantizer, but it isn’t open source, so it could in theory go away, locking folks out of their music.

Getting up to speed om module development may take me a little while though. I’ve been working for a couple of years as a developer, but not a C++ one!

I had a similar idea few months ago about doing something similar on VcvRack, but I have no experience in programming…somebody here on the forum gave me some clues but my agenda says “or later”

Hi, I’m Adam. I’ve been here for a while. Lurking only, because I’ve been busy the past few months trying to learn what I can about VCV Rack. Decided I should introduce myself.

Hi, Adam. Welcome ,from a recent lurker. It seems like we appear at a decent rate,which I’m glad about. It’s nice not to be the only one still trying to really get familiar with it all.

I think there are a few of us older guys around here,too. Hope to see you here,and abouts.