We are hosting a fundraiser for the VCV Prototype module to load Pure Data patches inside VCV Rack. See https://vcvrack.com/fundraiser for details. 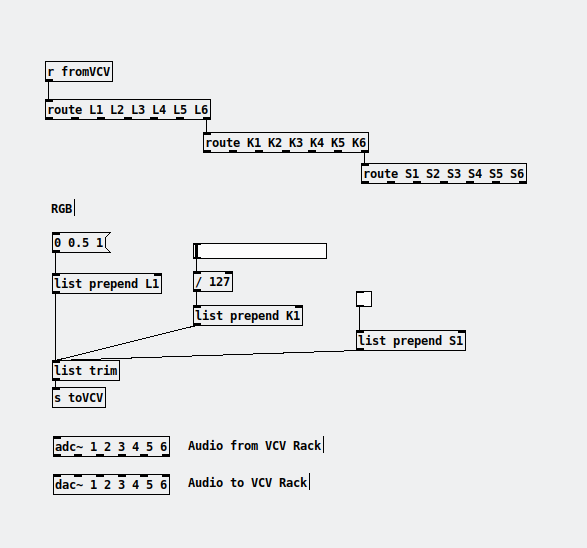 Oh dang, modular modular, that sure would raise a lot of new exciting possibilities! I’ll have to dig around the back of the sofa to find some pennies for donation, as this is something I can get behind. Cheers!

Done. Btw,l I would love to see this repeated for Csound and SuperCollider. Amazing possibilities !

love to see this happen

Not a huge contribute, but done. And following the thing, if this will need reinforcement

afaik, SuperCollider was on the go, but not finished nor tested yet, so it’s currently disabled, more details here: build VCV Prototype on windows we’ll see, everything is relentlessly moving on in Rack world

cool how it will work? what the PD patch will require to work with the prototype, I ask about internal atributes , input ouputs and how to set up, (I know is early to ask but perhaps you have it clear) 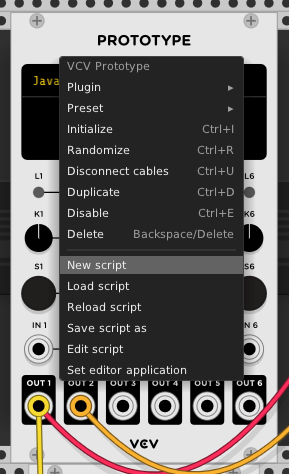 Hi there, would it be possible to load MAX/MSP patches as well?

Done! Thanks so much for moving this forward, @Vortico! I think it will turn out to be super interesting. That’s the thing about connectivity projects, you never know where people will go with them!

I just took a look at the fundometer. Goodness, we are a proactive group !

Sure, it looks like we are willing to show up that modular is far more contagious than covid

I m not much an user of pure data, but I use Automatonism that is a PD software, as far as I know a pd patch can load other files, could be possible load patches from automatonism in the prototype?

Hi David, waiting for @Vortico’s last words, but afaik I guess the answer is yes. Automatonism is kind of a “patcher of patches”, being a PureData patch itself. This let us hope that one can load Automatonism main.pd patch in PureData, build and edit a new patch, and save it, then have it loaded in Prototype. Finger-crossed, but I’d swear it can be that way, also because while saying so I take a look at the “fundometer” (this is a new word to me, I like it a lot).

thanks so much for your answer, I hope so , automatonism is super fun, I think we must load a kind of automatonism bridge

we are almost “funded” (is this correct?) at the moment of this answer

@Vortico does this project enable other developers to create VCV modules that work with pd. In other words possibly more pd enabled VCV modules in the future?

could be possible load patches from automatonism in the prototype?

I’m not a Pure Data expert (Max and Clemens are) but since Automatonism is just a bunch of Vanilla PD patches, I guess it should work.