for this edition, the challenge is to make a patch that uses no sequencer module. that means that any module which is tagged as sequencer in the library is out.

deadline: end of the day, wherever you are, september 30th

Does a sequential switch count as a sequencer? 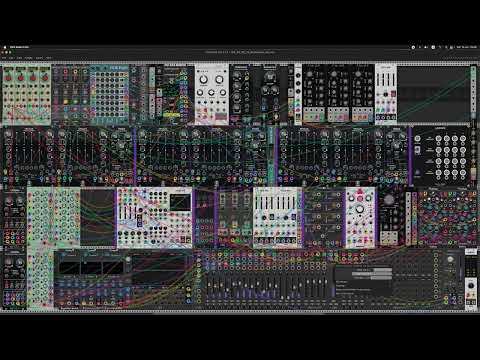 I can’t speak for others, but I consider a sequential switch to be a form of sequencer.

the easiest way to work around this restriction is to use a sampler to live-record note sequences.

Sounds like a job for LFO’s, mixers, sample and holds, analog logic and and quantisers

I can’t speak for others, but I consider a sequential switch to be a form of sequencer.

Yes. I reckon one could even put up a reasonable argument for a clock being a type of sequencer haha.

I’d allow clocks and dividers but, to make a point, frown upon their usage

It’s kinda like a sequencer, but the rules are clear:

Therefore, anything that isn’t tagged as a sequencer isn’t a sequencer by this particular rule

well, a clock is just a square LFO after all so LFOs are frowned upon too?

I would like to suggest that the next challenge be to make a patch without triggers.

Does a sequential switch count as a sequencer?

It’s trivial to make a sequencer with a sequential switch, so I’d say that according to the spirit of the challenge it’s not allowed. But of course it’s Ben laying down the letter of the challenge. @ablaut ?

make a patch without triggers

It’s almost as difficult as making a post without “triggers”.

I would like to suggest that the next challenge be to make a patch without triggers.

Gates it is then

Would a patch without triggers (or gates) not essentially just be a “Drone challenge”?

Even a No Triggers From an LFO Challenge: 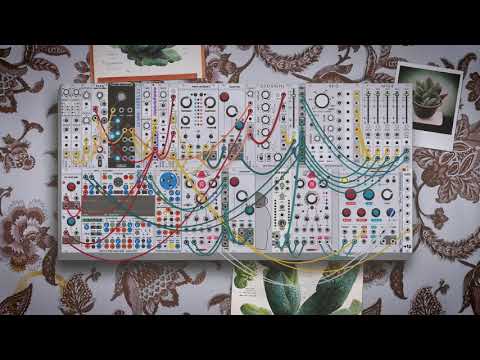 But really, I realised that while it’s nice to go about creating a patch/a piece of music with a known limitation, I happen to have made quite a lot of stuff without the use of sequence(r)s…

Would a patch without triggers (or gates) not essentially just be a “Drone challenge”?

Probably. I was saying this tongue in cheek regarding the challenge of creating challenges that do not trigger developers to feel excluded… says an exclusive sequencer developer.

Well, I did it again. It’s impossible to record it on my PC, cause it goes crazy when I try to record it, even though the patch is not this heavy. Maybe I should reinstall Windows or something. I don’t know. Anyway, no recording. But here’s a picture 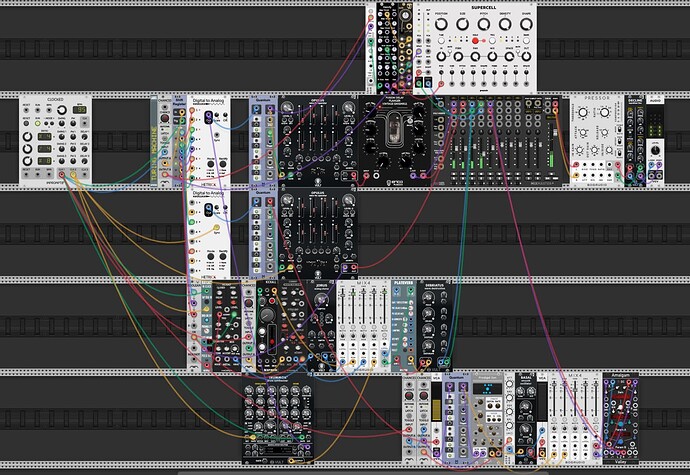 The core idea is a turing machine recreated with shift register + DAC. So you could say it’s cheating. But don’t care, hahaha