Hi everyone, here’s a video about some of the updates for v2 which includes a new expander module for StochSeq4: 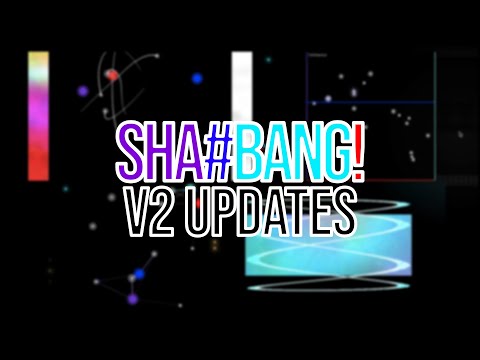 And here’s another video on using Polyrhythm Clock for some cool beats and Reich phasing: 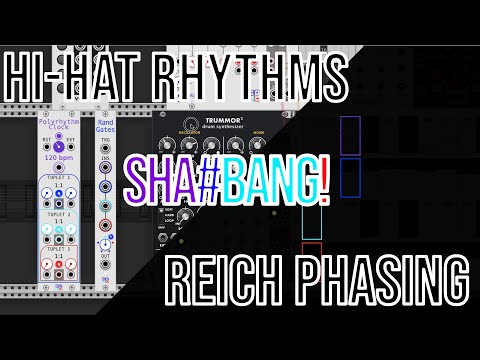 StochSeq4 was and is my favorite sequencer in VCV and it became even better with these changes. But I have the most fun with the new multi-Bernoulli feature of RandRoute.

It’s not mentioned in the video but now a polyphonic TRG input for RandGates can also generate a polyphonic OUT madness. I can’t stop grinning. 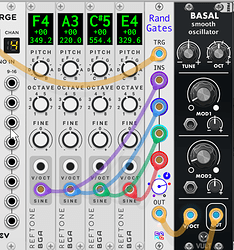 Yeah I overlooked that. But the poly trigger basically makes the RandGates output like multiple copies of itself without having to have several copies of the module in Rack.

And here is the playlist for all tutorials I’ve made on these modules:

Stochastic Sequencer Grid is available in the Library. It’s massive. 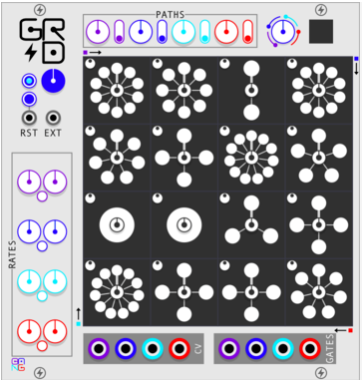 I hope I’ll be able to work out a proper way to sync it to the rest of the modules.

The new v2.1.0 includes a new module, the Stochastic Sequencer GRID. Shoutout to @jeremy since this is inspired by JW-Modules GridSeq. StochSeqGrid is in the VCV library now and here’s the tutorial video: 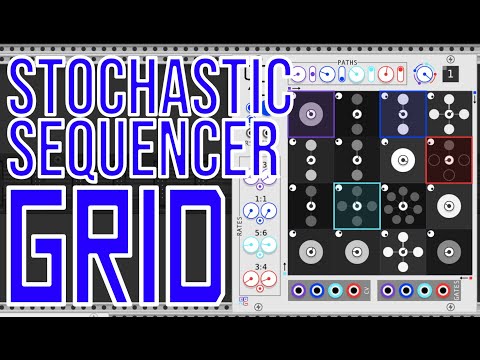 Very cool module. I had some fun scratching the surface of what it can do.

It is interesting when you increase the clock rate such that the subdivisions stray into the audio range. You can explore the relationship between rhythmic ratios vs harmonic ratios.

I do have a problem with the UI - I struggle with the click and drag to set the subdivision count to the value I want. It often skips past my desired value, and I go back and forth multiple times before I finally succeed in getting the desired value.

I think it would be nice if you could set the CV out value independent of the probability value. Perhaps another knob like the cell probability, but in a different corner.

The CV output by default is independent of the cell probability value. It is controlled by the Rhythm probability knob.

Ugh, I knew about the click to add one, but the lack of a click to decrement short-circuited my brain and I failed to see the obvious solution. But it would be nice to have a decrement action.

The CV output by default is independent of the cell probability value. It is controlled by the Rhythm probability knob.

But doesn’t setting the CV value also set the subdivision value? It could be very useful to have independent control of both values.

Yes, I remember thinking I wanted to add a way to click and decrease it but I ran into the problem of the keyboard shortcuts being used up by other actions (like toggling individual circles, for example). I’ll work on a solution, though.

Thanks you so much for your module, and especially this last one, it’s nearly exactly what i was looking for this last weeks !!

Finaly Vcv Rack has a burst sequencer, with a bit of polyphonic !!

And with probability a least, this so wonderful !!

I hope you will be able to fix this keyboard issue, it will help a lot.

And by the way, I ask by chance, what do you think to add probability to each gate ? In my workflow, i prefer probability on each gate rather than on the cell or on the rythm probability.

And like DaveVenom, independance of the CV value and the Rythm probability knob would be a great addition.

Well all of this suggestions are just ideas, this new module is already a beast for me !!

thanks again and have a good day !

I’d appreciate a tutorial on how to sync StochSeq (kick) and StochGrid (snare). Is it possible at all?

The EXT port below the Rate knob has a parameter labeled as External Clock Input. That implies to me that it expects an external clock - i.e. square wave pulses. But in fact it expects CV to control the rate using a V/Oct scale, and gives a much wider range than the built in knob. I’m good with CV control, but I think the name should be changed.

That port can be used multiple ways. I experimented a lot with the External Clock Mode. (See the context menu.) I failed but I’d love to learn how to make it work.

Ugh. Thanks. I think I remember seeing that mentioned somewhere, and then completely forgot about it.

The 2 ppqn mode doesn’t seem to work for me. I can’t get consistent results.

I hope you will be able to fix this keyboard issue, it will help a lot.

I will probably just use the command+click to decrement the subdivisions. Right now that is used to toggle all subdivisions back on (if any were off) but using it to decrease them will be much more useful.

And by the way, I ask by chance, what do you think to add probability to each gate ? In my workflow, i prefer probability on each gate rather than on the cell or on the rythm probability.

I doubt I will do this. If you want more gate probability you should use StochSeq or StochSeq4. I’m not sure how to make a UI that even does that without it being extra confusing or too crowded.

And like DaveVenom, independance of the CV value and the Rythm probability knob would be a great addition.

Is this a bug I need to check out?

Those PPQN modes are really for MIDI clock ticks. Which work great if you’re using the VCV studio version as a VST in ableton or something and are using the MIDI-CV clock output to control everything.

Yea that’s a good idea. And would be a good place to explain the ext clock too.