Plugins that are built for Rack v2

Okey, it was SqunkyLabs. Interesting that some other plugins are not showing up in the library although they were unpacked by the app.

If you are downloading plugins other than building them, it might be you have downloaded some plugins that were not built against the latest beta 1.

I’m on Mac and have Squinky built and it’s not crashing here.

Make sure you have the right release version for the binary you downloaded and installed. The latest build is for 588342d7, so not Beta-1. The behaviour you describe is what happens when you have the wrong version. If you are running Beta 1 make sure you build the latest codebase against the Beta1 SDK

Does anybody have the Audible Instruments built for linux ? Thanks

Both surge-rack and BaconPlugs build and run with v2 if you check them out on the v2 branch.

I can build surge-rack for beta-1 but Rack won’t load it. Had a similar issue with Bogaudio but other plugins I’ve compiled load just fine:

After re-writing about 2k lines of code, Substation is finally compatible with v2 and the Rack VST plugin.

I’ll submit it to the library as soon as I finish testing.

After re-writing about 2k lines of code

Ouch! very happy to hear its now working in v2 though

Had to change ~2k lines for v2 compatibility, out of just under 10k total for the plugin

Big oof. But I’m glad to hear it’ll make it over, should be really fun to be able to load it in the VST!

I’m curious, were you doing something particular weird to need to do that? At least for my modules (which are considerably less complicated, mind you) it was almost as simple as just bumping the version

Since you’re curious, here’s a breakdown of the changes:

Just a quick update here regarding my PurrSoftware Meander module. The singleton module is now in the V2 library!

The migration process was easy once I got my bearings. The existing V1 code built without errors and serious warnings. I did change a few dozen lines of code to make the migration document suggested loadFont() changes, including checking the font-> for non-null in all uses, just in case a font could not be loaded for some reason so it will not crash. This was probably important for VST use since I have so much dynamic music font panel rendering going on.

After a few adventures, I now have Meander running inside the V2 Pro VST inside of Ableton Live Suite 10 under Windows 11. Everything seems to work as expected, including the singleton enforcement logic in the VST, at least for a single VST track in Ableton.

I’m very happy with all of this and a bit surprised at the ease. A week ago migrating Meander to V2 was not even on my radar, although it was certainly on my mind.

I hope everyone enjoys the new incarnation of Meander and I am looking forward to seeing what music Meander helps enable. I will also be doing more of my music using Meander and the other wonderful plugins and modules in V2 and will post to my SoundCloud and link in my development topic.

Thank you to everyone who advised and encouraged me in this endeavor.

Thanks again for the hard work and genoristy

I don’t think the library build system enforces a default branch. In fact I know it doesn’t. I changed my default branch from “master” to “main” back when most people did. It’s easy to change the default branch for your module in github. Just do it.

His ABC plugins are not in the library. They are basic plugins associated with the book on VCV Rack programming he wrote - they can be downloaded from his github.

But you’re probably right - just do it. 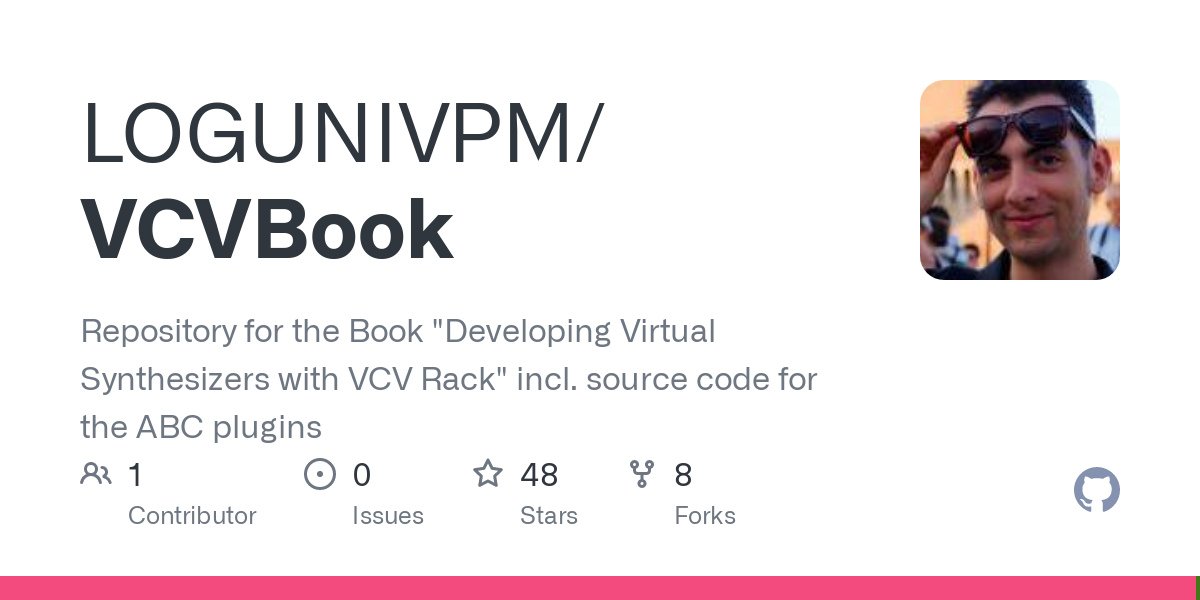 Correct. The build system only needs a SHA. It doesn’t care about branches.

Substation is finally compatible with v2

Hey they just showed up in the library today! Thanks for all the extra work you did to get these ready for V2!

Can somebody please help me with updating the Stoermelder plugins to V2 as described earlier by pgatt in this post? I found the plugin.json file and changed the version to 2.0.0, but I’m not sure how to “make clean” and “make dist”. Thanks Tim