When I released the Darius Branching Sequencer a few months ago, it received a lot of interest… and a lot of feature requests.

Darius is a probabilistic 8-step sequencer where each node branches into two possible paths, creating repeating patterns that start similarly and resolve differently. It is very musical in practice, generating repetitive hypnotic melodies when used as V/Oct source, while also being useful as source of modulation.

It’s finally time for an update:

I thought I’d give myself a few months before revising it, to think it through, learn more about modular synthesis and C++, and see how people use Darius.

Here’s a few quick little beats I have thrown together while testing this update: 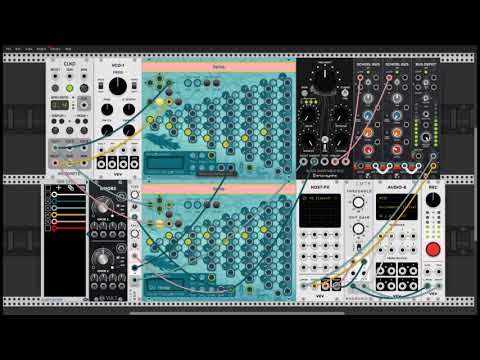 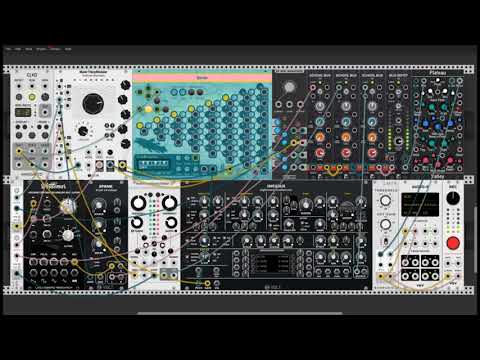 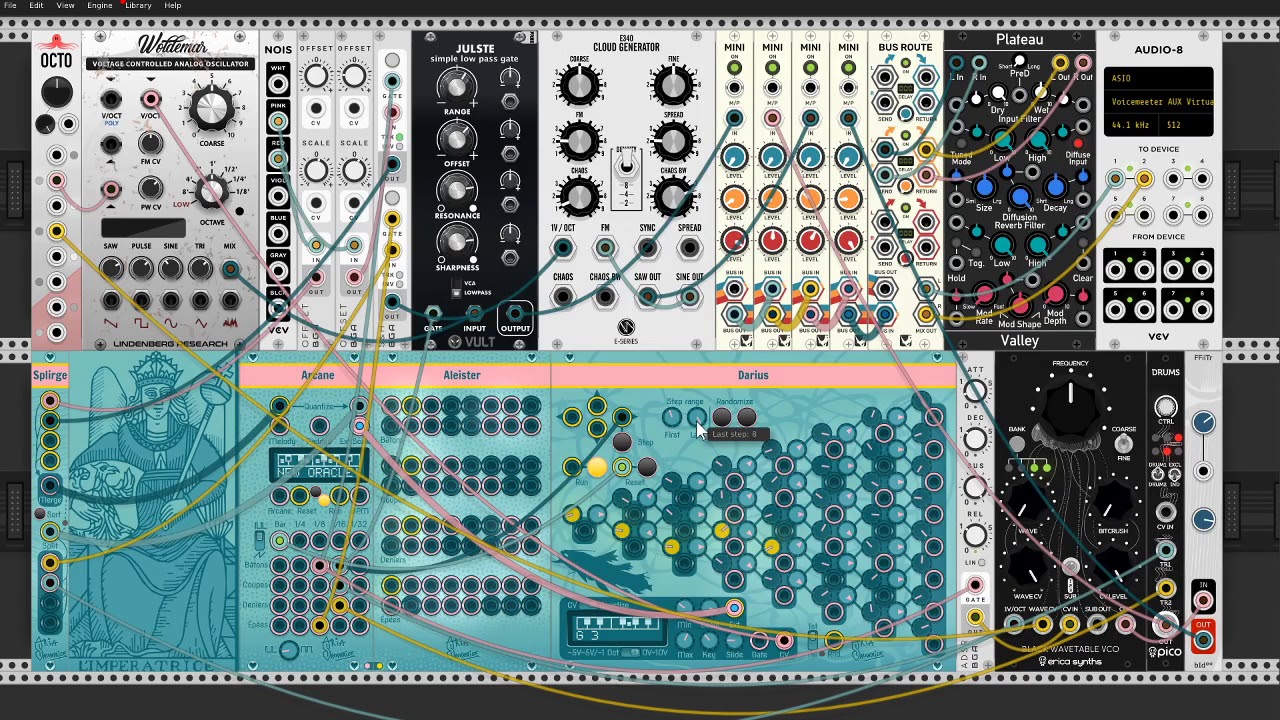 For more details, check out the revised documentation

Now, I mentioned external scales earlier: in a future version of my plugin, I will release a module that allows you to create custom scales for use in my collection. And I also edited Arcane to offer an external Scale output, so you can sync Darius to today’s fortune. But you don’t have to wait for me to release it! The way it’s encoded is pretty simple, to make creative patching easy: it’s a 12-channel polyphonic cable, where anything above 0V enables a step. For example, here’s how to craft the C Major Scale: 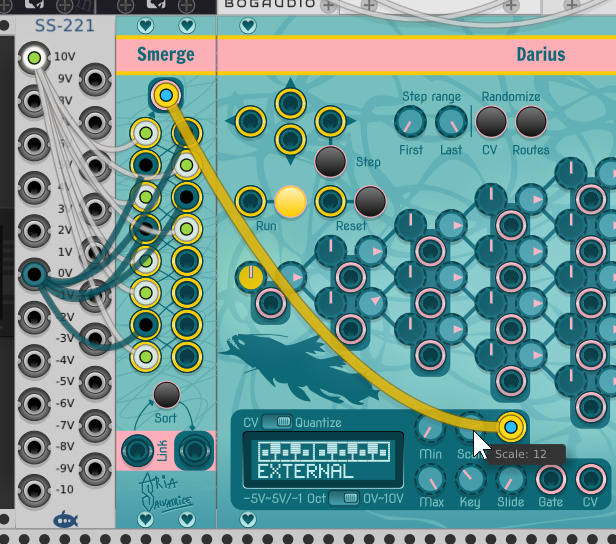 To accompany my next module release, I plan to record a beginner-friendly video explaining how my modules fit together. Until then, I hope this documentation will suffice, and maybe a resident Youtuber will want to cover the update.

With this update to Darius, I have laid the groundwork for more ambitious future updates, by creating many reusable components. Expect to see this LCD a lot, for example.
And I have decided to make public my plans for this collection of modules. It starts with a manifesto of sorts, then details many ideas I might implement. I make no promises and have no schedule for them, of course. Feel free to discuss any of my plans with me.

I hope you enjoy the update. Don’t hesitate to show me what you’re doing with it!

Oh, and before I conclude this thread…

Thanks to Kautenja for releasing RackNES today, and in the process, making the following shitpost possible: 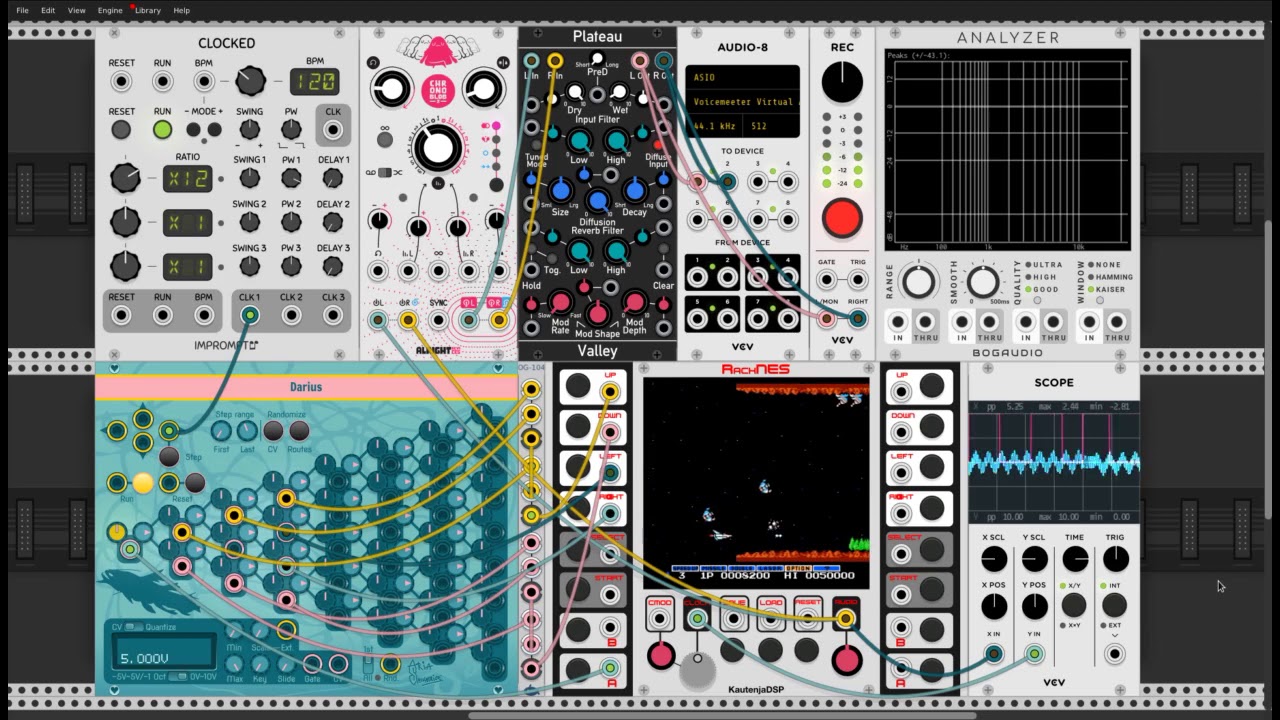