to preface, i know less than nothing about music theory, but while playing around with different quantizers, i’ve gotten a sort of “feel” for certain scales.

personally, this is my favorite that i’ve come across so far. while playing with the minor pentatonic scale, i randomly happened to add the G#/Ab, and absolutely loved the sound of it. ever since, it’s been my default scale when creating a new patch.

do you have a favorite? what is it?

The same as yours without the Bb ! At least for generative stuffs, I feel like it has enough potential semi tension and at the same time nothing sounds really wrong within it. A lot of suspended weird “chords” happening too… Also, Re-Win for the win !

I don’t know much about music theory too. But I think the one you tend to like is a natural minor aka aeolian without the second step, which would be D. To me it depends on the instrument, i think. But I like Dorian. That’s the “Mad World” mode. It sounds soothing to me. Like a lullaby. Dorian is what you’d get if you play the white keys starting from D, which is why I remember that (D - Dorian).

When I am playing guitar though, I really like the dissonances and the chromatic stuff, so I am not even sure if there is a name for what I go to sometimes… It sounds bad, i think, but nobody hears that except me, so that’s fine, haha

if it sounds good to you, that’s all that matters in the end

My choice for Tuesday is the wonderful

I am another without foundational music theory. I think I have absorbed an intuitive feel for many genres, without understanding the theory that makes them work.

I play Native American flutes, and most modern flutes are tuned to a minor pentatonic scale. Many players rarely venture beyond the minor pentatonic, and it bores me to tears. They never bother to learn (or don’t realize) the cross fingerings that give almost all the chromatic notes.

Your scale is my bread and butter, though to be my all time favorite, I would pitch it up a whole step to a D minor pentatonic with the addition of Bb. Not sure what makes the straight D minor pentatonic a “Scottish Pentatonic” (@FiroLFO )

Returning back to C as the fundamental, my next favorite would be C, E, F, G, Ab, Bb. It has a cool Middle Eastern feel to it. For extra spice, I add in the Db.

The Native American flute generally only has a range of about 1 1/3 octaves. Unfortunately the 1/2 step up from the fundamental is missing.

So the only Db on a C flute is up in the 2nd octave.

What I usually punch in, as default, is Natural Minor without the IV. Runner-up: Lydian Mode.

personally, this is my favorite that i’ve come across so far.

also, thanks for the video because it introduced me to a new plugin (those SaveMe modules down in the bottom left led me to it)

There isn’t anything special about the SaveMe modules, it’s just that I’m into this one at the moment. They aren’t even in the Library. But if you want to experiment with it you can grab a pre-release Win binary here.

yeah i already cloned the repo and built it from source myself lol thanks!

Bohlen Pierce is really interesting to me right now 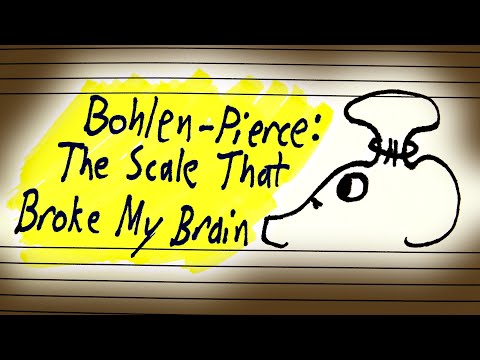 Phrygian in general is pretty great, especially for bass lines. Having that flat 2 available is really useful.

I’m not a huge fan of major tonalities unless it involves some type of modal mixture or other more exotic touches like double harmonic.

for most of my music is D minor, I play guitar , and is pretty easy to play in a keyboard, rarely I play other scale

I came the from the 90s, very Influenced by ratm and Tom Morelo, I used to tuning the guitar on D

My choice for Tuesday is the wonderful

Oh interesting… I have no music theory what so ever, and this one, very similar, is what I stumbled on back in the Rack 0.x days using Quantum and I really liked it and used it a lot since. No idea if it has an official name:

I found it among the presets of VCV Quantizer.

But it’s already Wednesday. I should have another scale candidate for today.

BTW in case you’re eager to learn about music theory my favorite video is from the soft-speaking-Oliver: 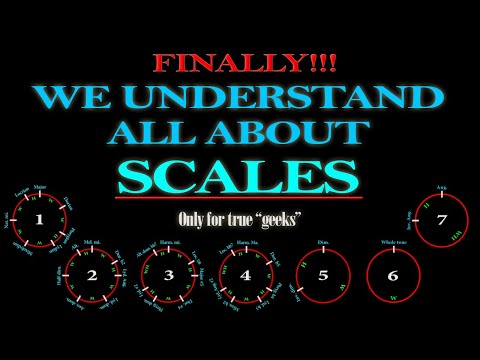 When I’m noodling on a guitar it’s usually in Mixolydian mode.

…and many “weird” indian scales

I developed a scale/tuning that doubles the number of pitches used in Bohlen-Pierce, and it became my favorite one. For details see 33ed4 - Xenharmonic Wiki

@tarnith you took the words right out of my mouth😀. I always end up on the Phrygian Dominant lately for some reason. It took me a while to figure out what this scale is actually called.