What Do You Want To See In VCV?

Most of the coders make their plugins for free.

And I can say for sure (because I am one of the coders) that all of them spend a lot of time an effort on designing their graphical interfaces.

Maybe it makes sense to contact one or the other coder and start a discussion on the graphics design of a particular module and make some suggestions for improvement on that particular module.

Personally, I don’t want to have my modules look like Mutable Instruments. Just let’s discuss Braids: In the real world, it’s ok to have a knob for selecting the waveform. On the screen, I would like to have a drop-down-menu for that. And I think this module would fit nicely on 8 HP, it doesn’t need 16 HP.

The more unused space a module occupies, the more I have to scroll, even on smaller patches. Zooming out is not an option because even the text on the Mutable Instruments modules is not readable on 50% zoom setting.

Resume: Yes, I can make my modules as wide as I want. What do you think about this one?

if you don’t have to do something…then why do it? Case in point: VCV Library - NYSTHI confusingSimpler

Simple answer: because he wants to. Antonio (Nysthi) has stated more than once that he makes his modules for himself. He is kind enough to release them publicly in case anyone else wants to use them too. They are free. It’s the biggest single collection in Rack. He has collaborated with Pyer on the design of some of his modules like Simpliciter and the 208 series - they are still quite tightly packed but the UI is improved.

Having said that, in the past, when people have pointed out that there isn’t a module in Rack that does X, a Nysthi module that does exactly that has usually appeared quickly, often within hours - which makes me a little suspicious that Antonio does sometimes make modules for other people too - not just himself

. A couple of years back, when I mentioned there was no tuning and calibration offset module for hardware analog VCOs in Rack, Antonio immediately contacted me asking for a spec of what such a module needed to do and Tunathor appeared the same day (this was before the Silent Way collection made it to Rack). I’ll always be grateful for that.

Please don’t complain about free stuff. If you don’t like it, use something else. There are plenty of other envelopes. Or better yet, code your own and release it for free. If you don’t like small modules it’s probably worth avoiding anything with µ in the name…

My suspicions are that some of the coders making these ergonomic annoyances haven’t ever gotten their hands on a hardware modular,

Pics Of Your Studio Lounge

I can’t figure out what half the Mutable stuff does, they don’t have nearly enough knobs. More little knobs!

Most of the Nysthi knobs have a CV input. So if you have a problem with the small knobs, just plug something like Vult Knobs into that CV input. And then you get a very big knob with which you can do with as you please. Personally, I love the Nysthi modules.

I reckon it might be related to his fascination with calculators… 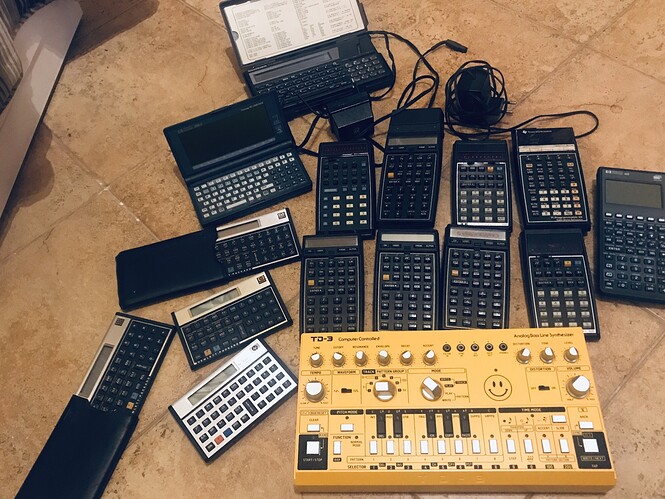 Actual Mutable modules, or the clones?

Actual Mutable modules. But, I should have mentioned that although the trim pots are small in diameter and less than a fingers width apart in the horizontal direction, they are very usable due to their height and separation from other components in the vertical direction.

Actually, what I was getting at is that one cannot make a blanket statement regarding the relationship between knob size and usability and functionality. Functionality trumps all else for me personally.

Module diversity is important to me.

Another area of interest to me are those expensive boutique modules that just do one wacky thing nothing else does. For instance, I would never pay a couple of hundred for a singing robot module, but I’d absolutely love to try one out. 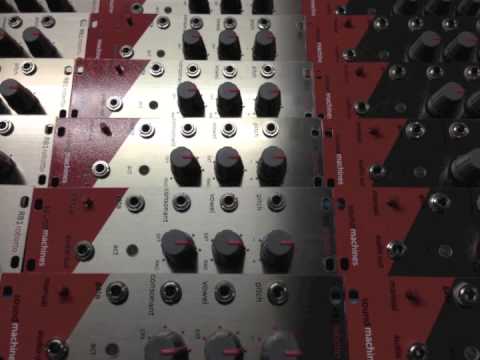 You might want to demo the Pink Trombone module.

lack of documentation is making it really difficult

it’s awful easy to make a VCV plugin. Don’t know what kind of documentation you are seeking.

Heres a strange one. I would like to see a module color shader. Instead of having everyone have to develop different colors for their modules, what if there was some sort of overlay or gradient that could be applied over modules similar to how photoshop/Gimp uses transparent gradient tools over layers?

I need MiDi CV modules with relative MIDI controls. I don’t know if exist. I don’t find anything about that. Cheers!

A CV (bool) controllable Bypass module that “attaches” to a module allowing you to bypass a module programmatically. Use case: I am trying to set up a matrix that will turn on/off voices depending on the row you are at. Although this effect can be achieved by using a CV level controlled VCA (which is probably one among many workarounds), having just one module do this for you greatly simplifies the process.

You could do this with anything that would acheive wet/dry. Such as a cross-fader.

Since lots of modules don’t implement bypass very effectively, a cross fader might be more consistent an approach.