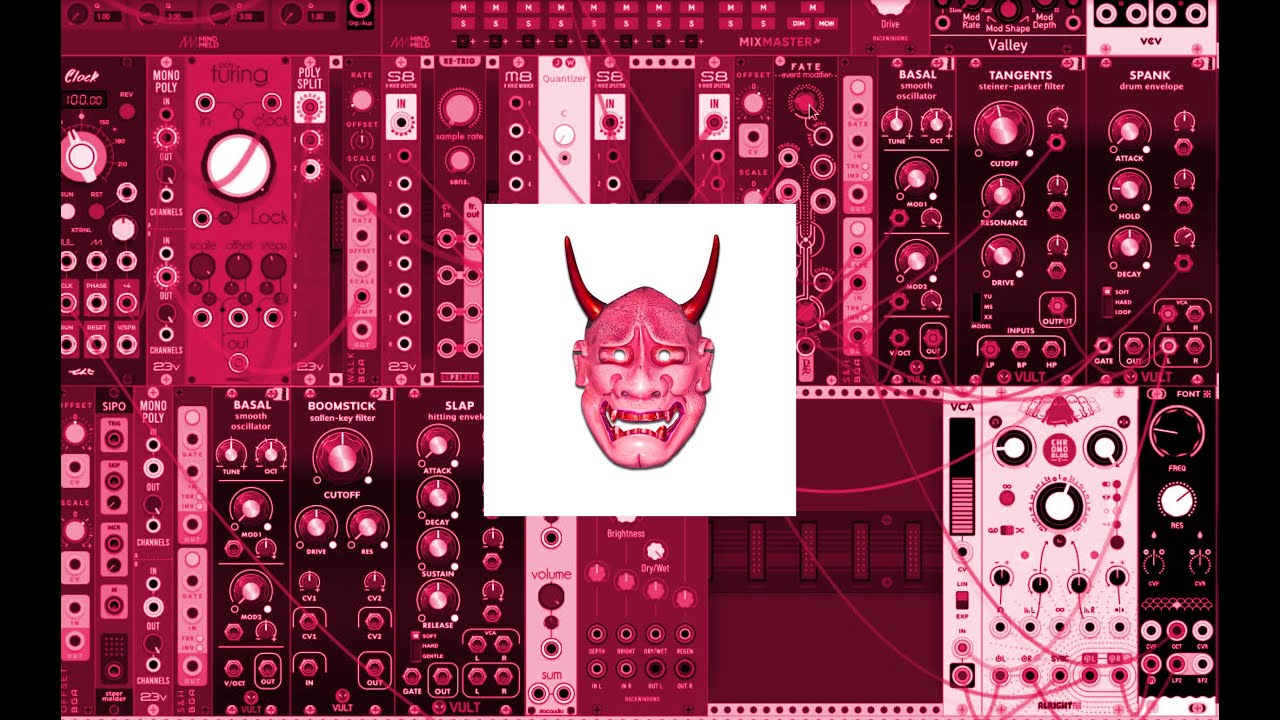 Please check out my first YouTube patch. To split the difference between following along and speed, I pre-added the modules I want to use and then I patched them live. The exception is the stocaudio PolyTuring which sometimes crashes Rack when it’s patched.

a big thank you to the developers: 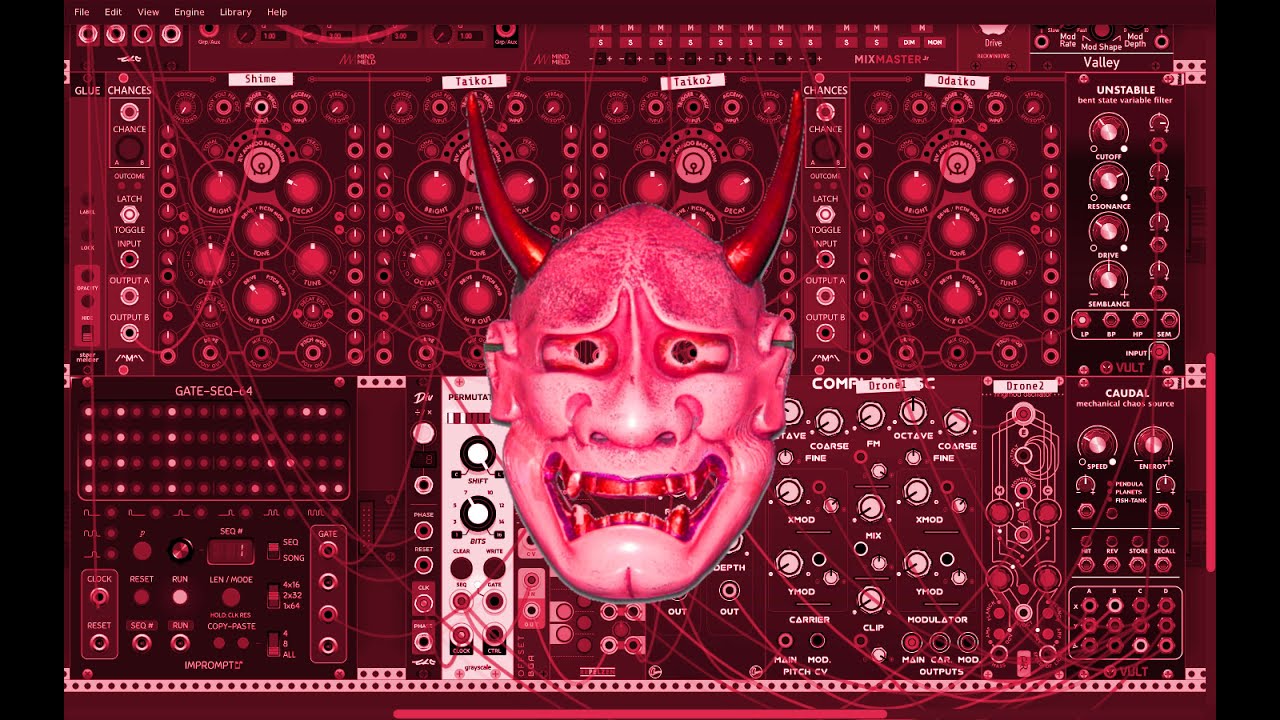 This patch features a quartet of taiko drums generated by Atelier Pallete. The Chances module from Count Modula creates a break in the steady rhythm of the Shime and Odaiko every once in a while. The Impromtu Gate Sequencer creates the beat for the two middle taiko drums. They are accompanied by a drone sound sequenced from Grayscale’s Permutation into LifeFormModular’s Driftgen and Complex OSC and Geodesics Energy tuned a 5th apart. Vult Caudal is used for some light modulation.

Thanks to the developers: 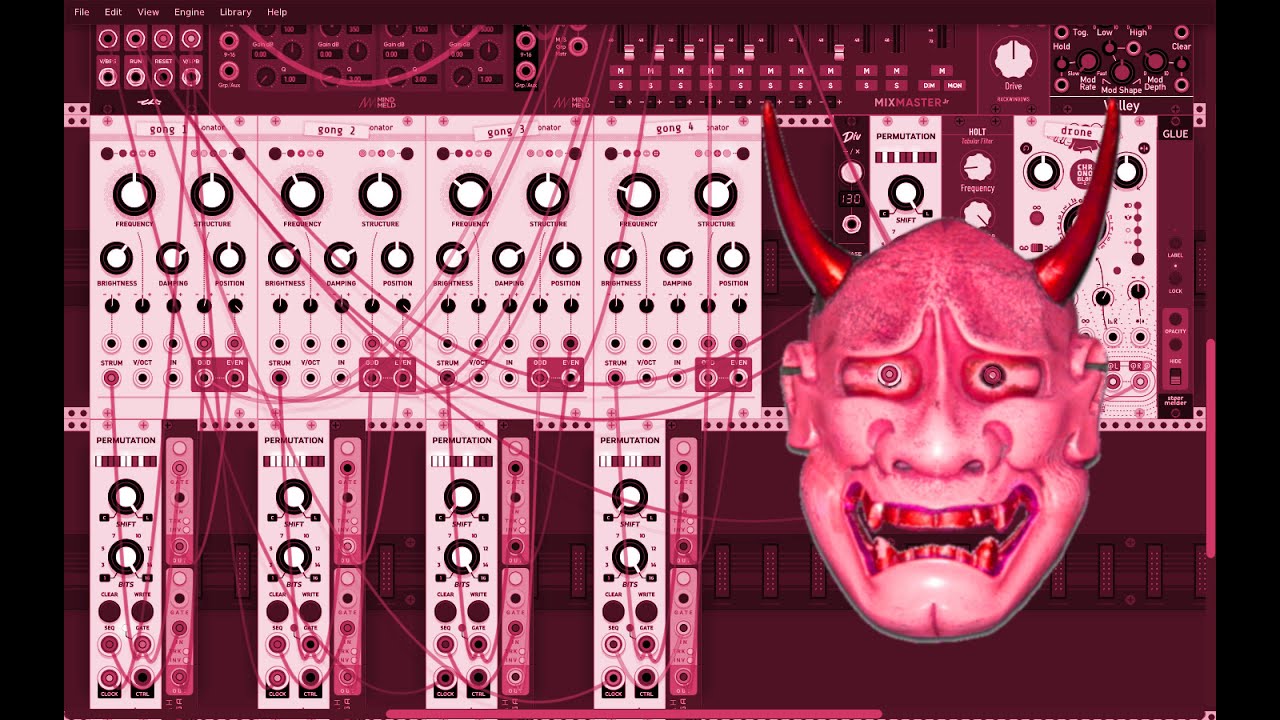 This patch features Grayscale’s Permutation module as both a sequencer and a sound source. There are 4 instances triggering Rings for different gong sounds, modulated by S&H from Bogaudio. There is also another permutation trigger sequence being run at audio rate by ZZC’s Div. The reverb is patched back into channel 8 which causes a feedback loop is kept just on the edge of destruction.

Thanks to the developers:

Sines of our Times 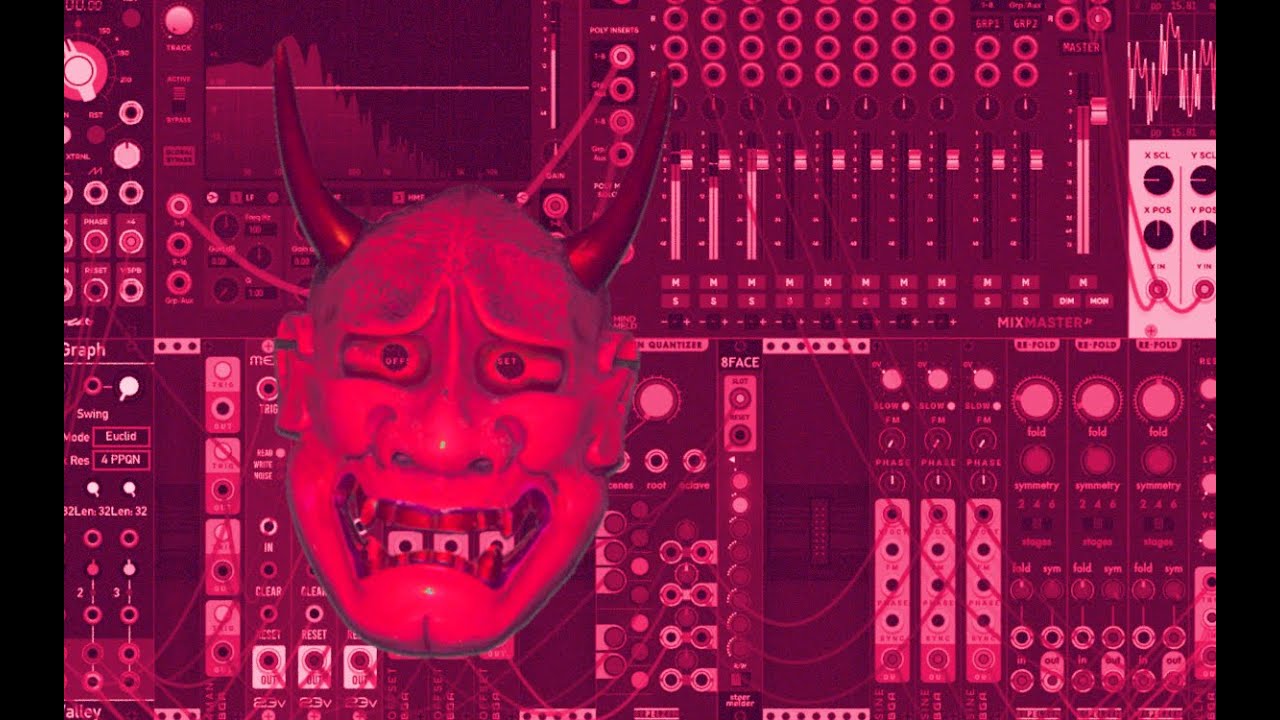 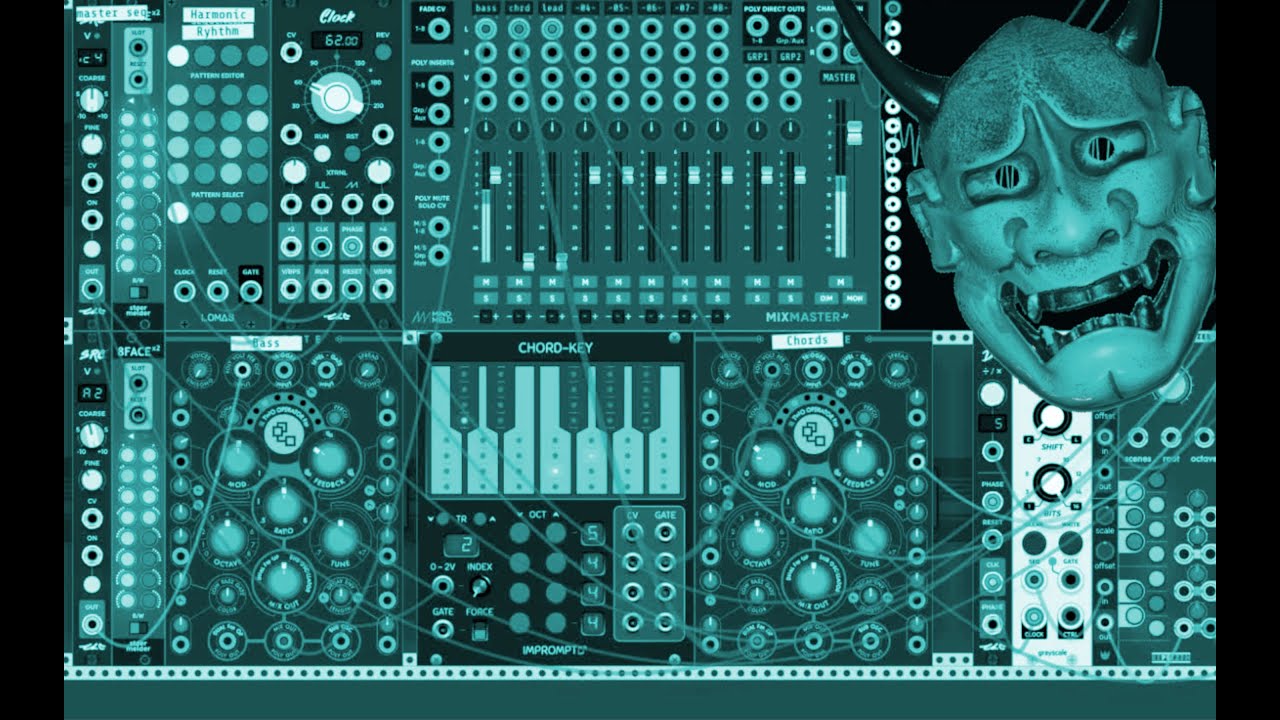 This is a modular take on the jazz standard “Blue in Green”. It uses 3 parts, a bass, a chords using typical left-hand rootless voicings, and a generative melody. The 8FACEx2 sequencers to change chords are all set to the “C4” slot mode and are led by a master sequencer that steps though the harmonic rhythm being sent from a Lomas Gate Sequencer. 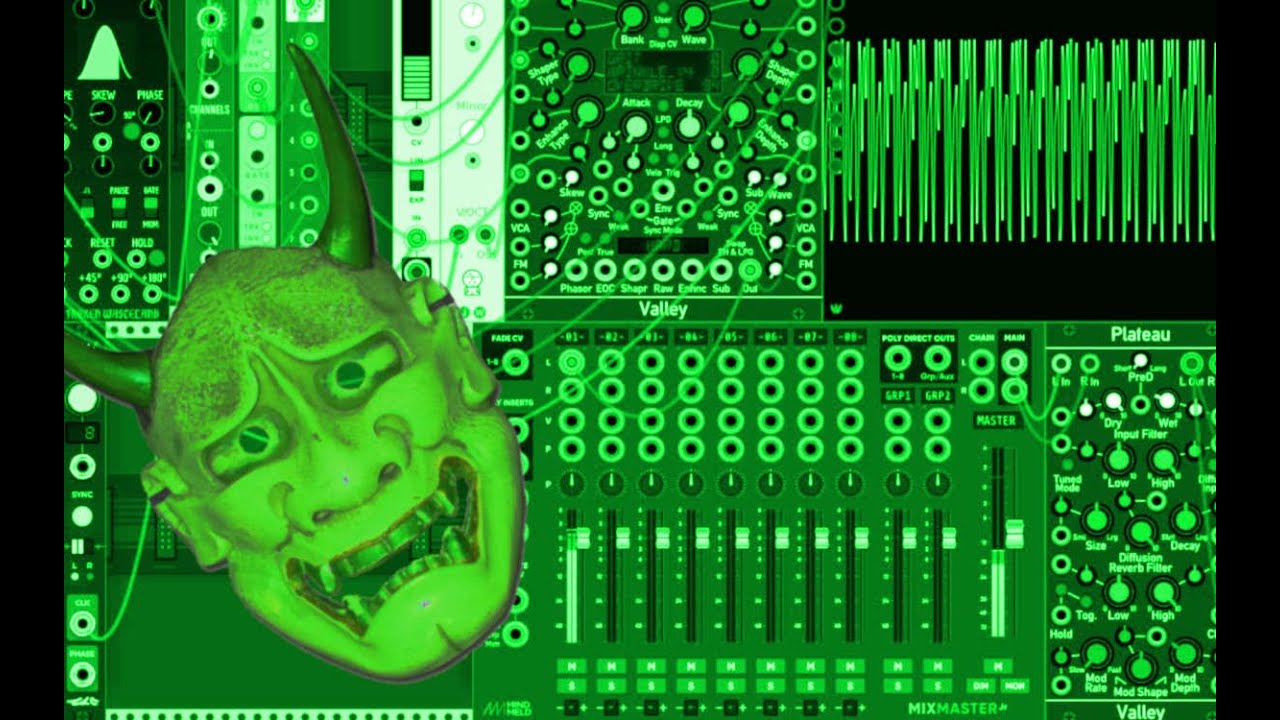 This patch showcases the recent Valley Terrorform sound source. It goes through a series of drone sounds being randomly selected via Bogaudio S&H. It is modulated by 3 different sources–one for each of the major parameters of the oscillator. 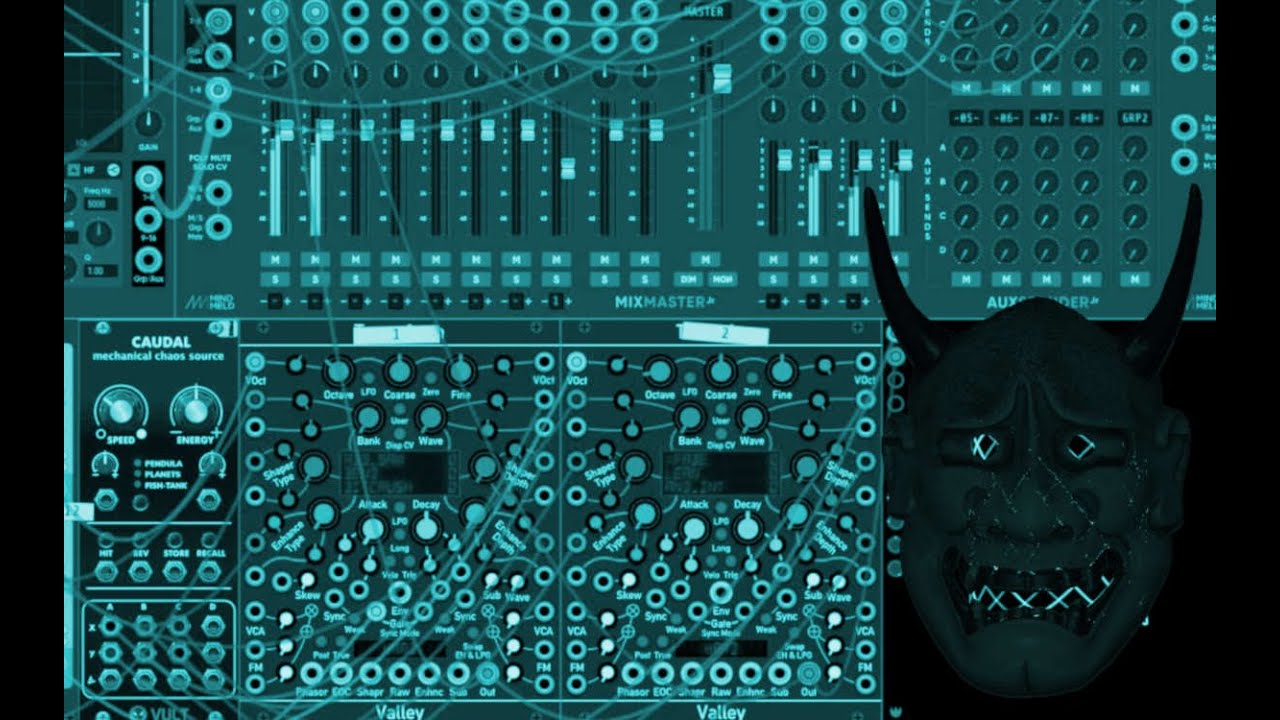 Another Terrorform drone patch, this time with more effects and modulation. It’s such a great sound source, thanks Valley! @valley.audio 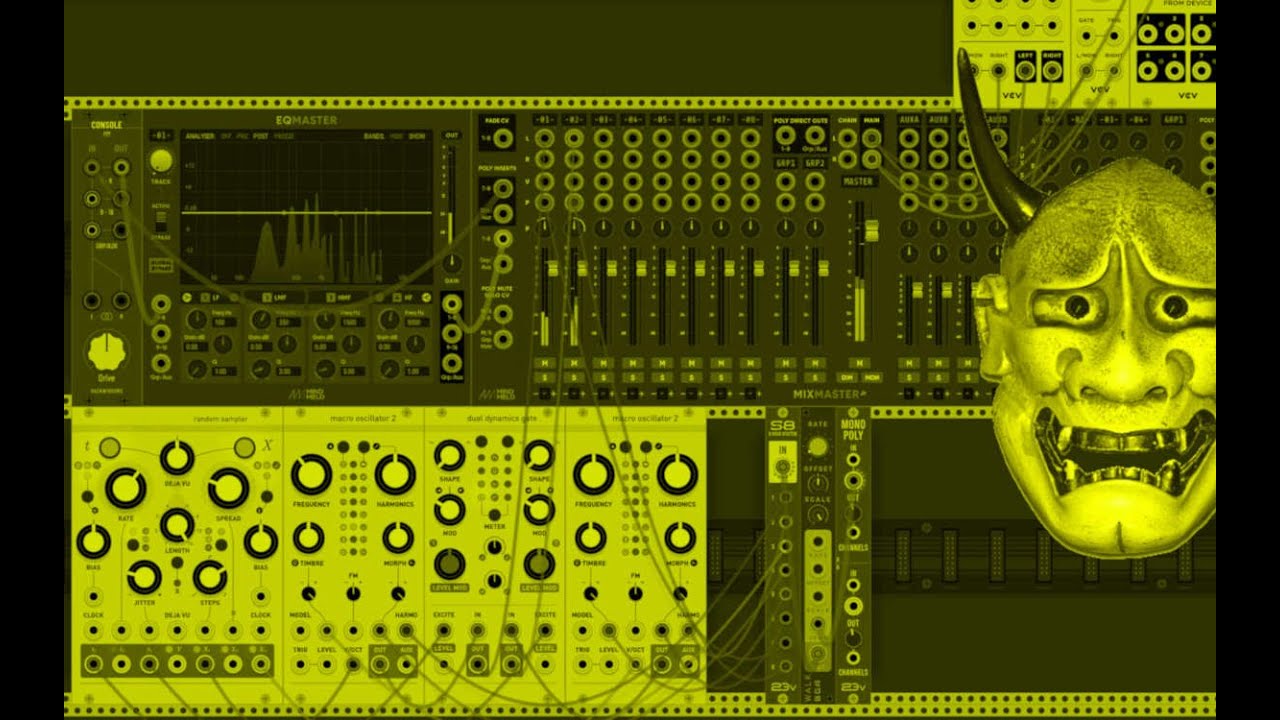 This simple patch uses Marbles to sequence a pair of Plaits in Wavetable mode. These both go into a side of Streams in Vactrol mode. Quite of bit of Valhalla Supermassive is added as a send effect. 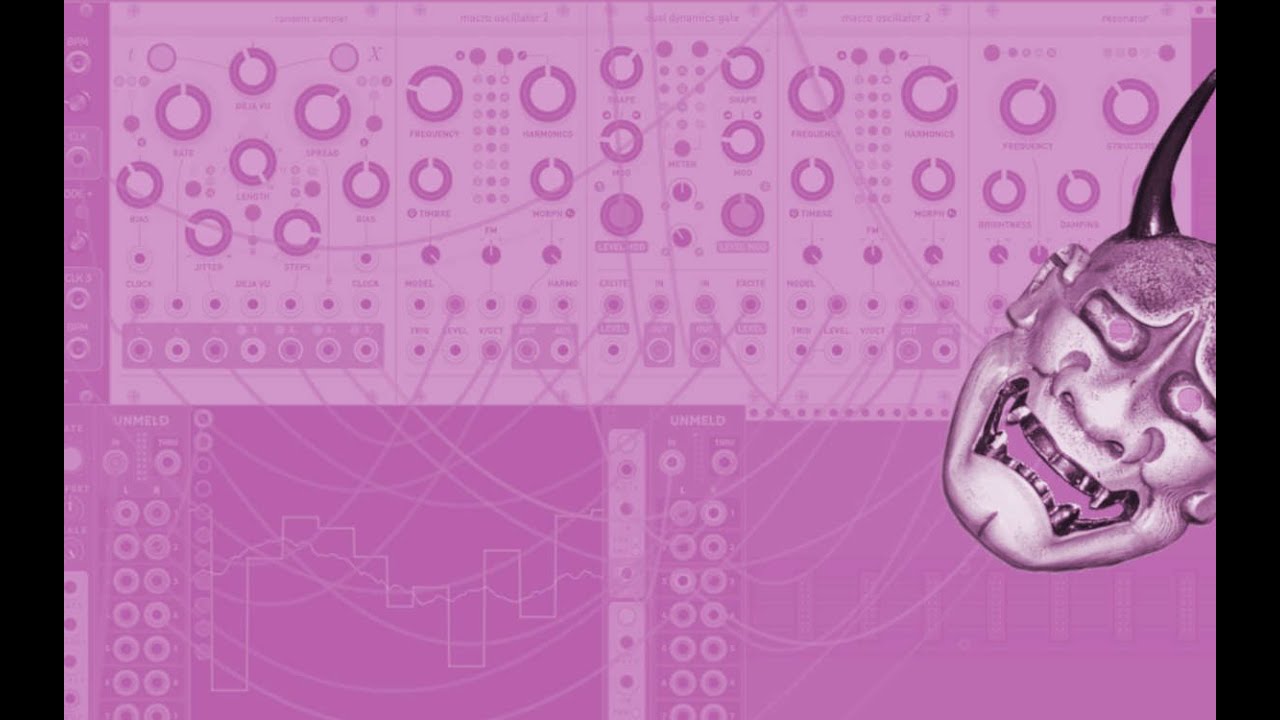 Marbles sequencing 2 Plaits into Streams in Plucked Vactrol mode. Rings as a third voice. Modulation via Bogaudio Walk and S&H. Reverb is Raum from NI. 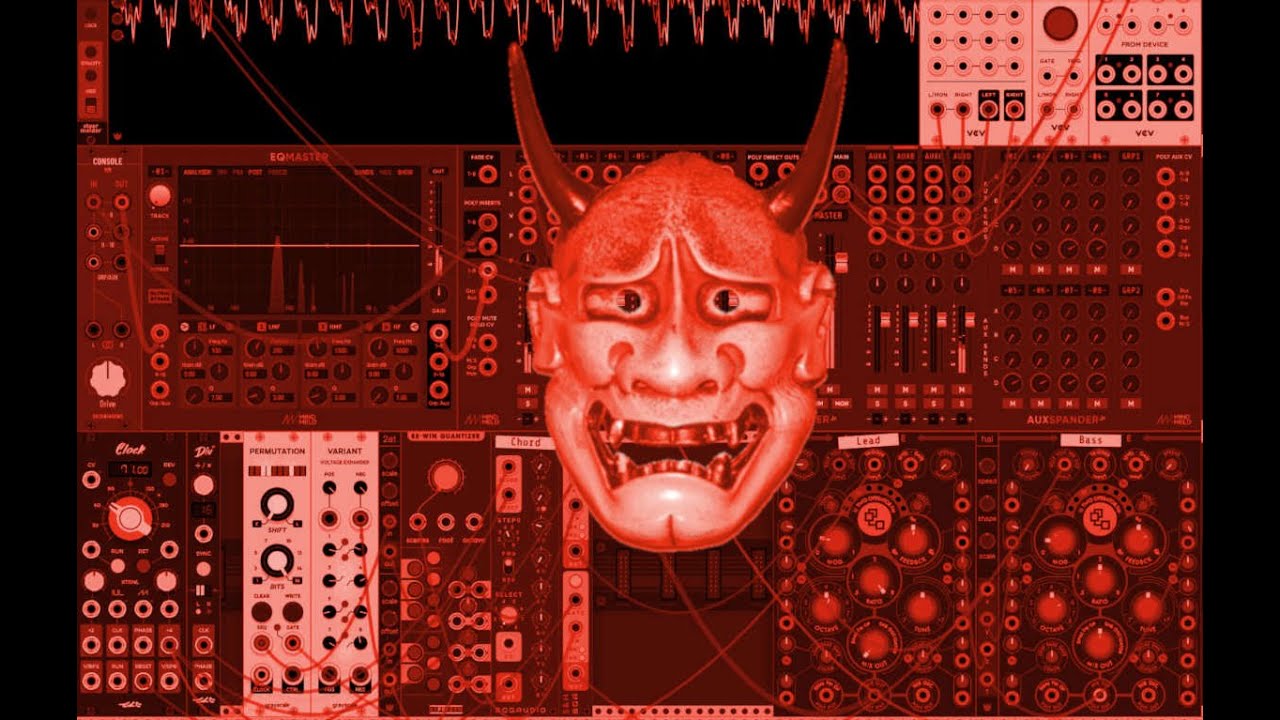 This patch features a pair of Atellier Palette oscillators in FM mode being modulated by wiqid halvorson . They sequenced by Grayscale Permutation and Variant , quantized by repelzen re-win which goes through a (Dm / Dm / Ebm / Dm) chord cycle (like Kind of Blue or Impressions ). 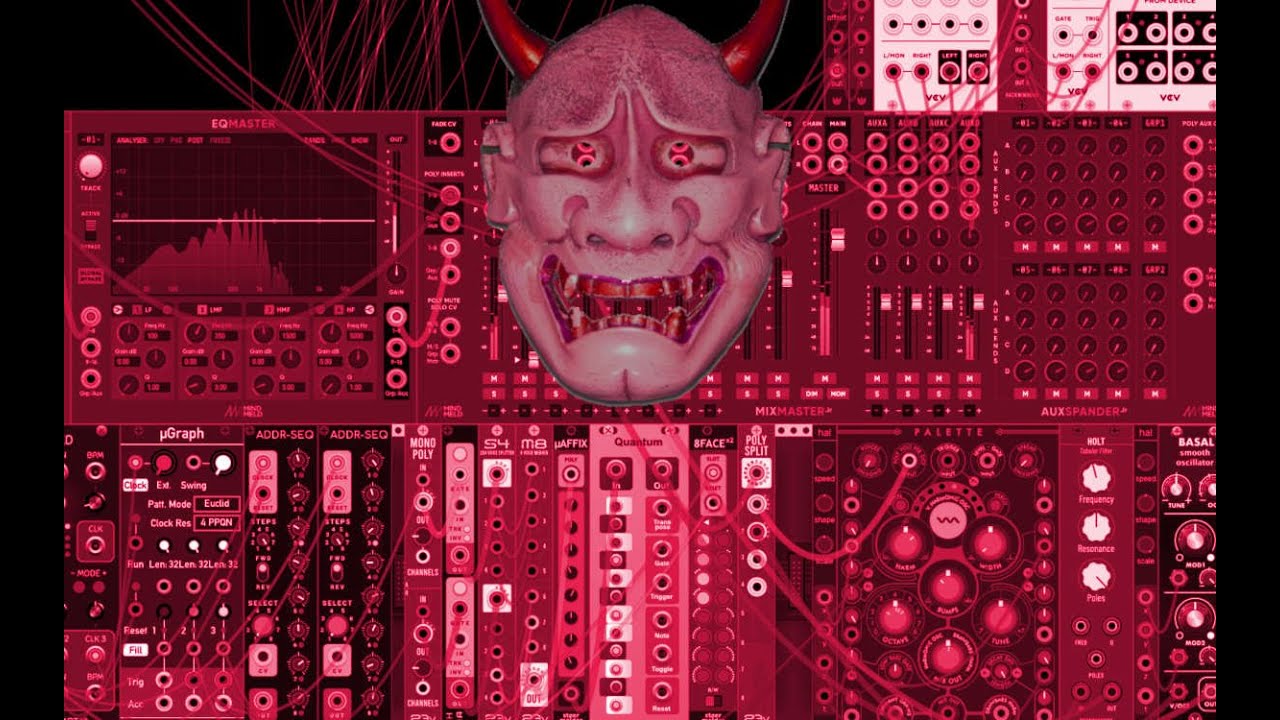 This patch features a pair of 4-note, randomly pitched, chords: a triggered Palette in Harmonic mode and Basal as a drone. The chord progression is Cm - Fm - G7 -Cm. uGraph in Euclidian mode is triggering the S&H module to generate the pitches. Hal is modulating most things. The Reverb is Rev Plate-140 from Arturia. 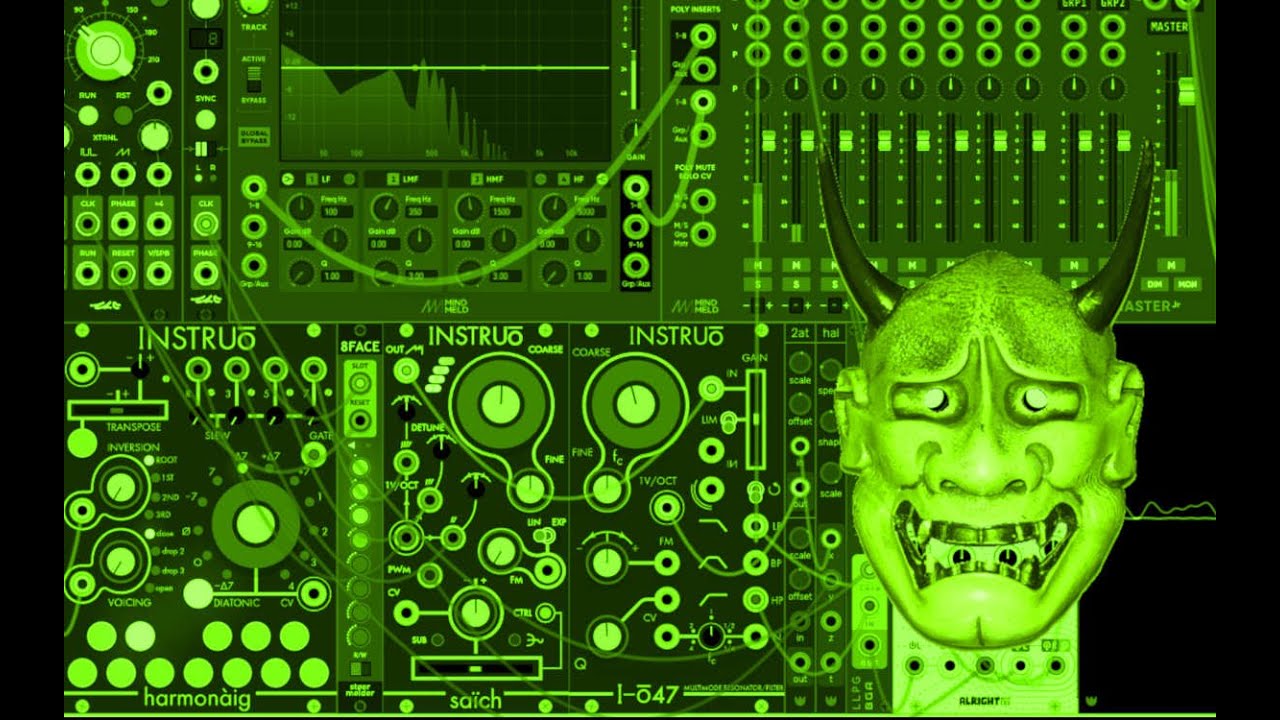 This simple patch uses harmonàig sequencing saïch filtered by I-ō47. 8FACE is changing the chords: Em7 - Gm7 - Fm7 - Ebmaj7. Hal is modulating some things, such as the chord voicing and inversion. An LLPG into a Chronoblob 2 delay is used on the high pass output. 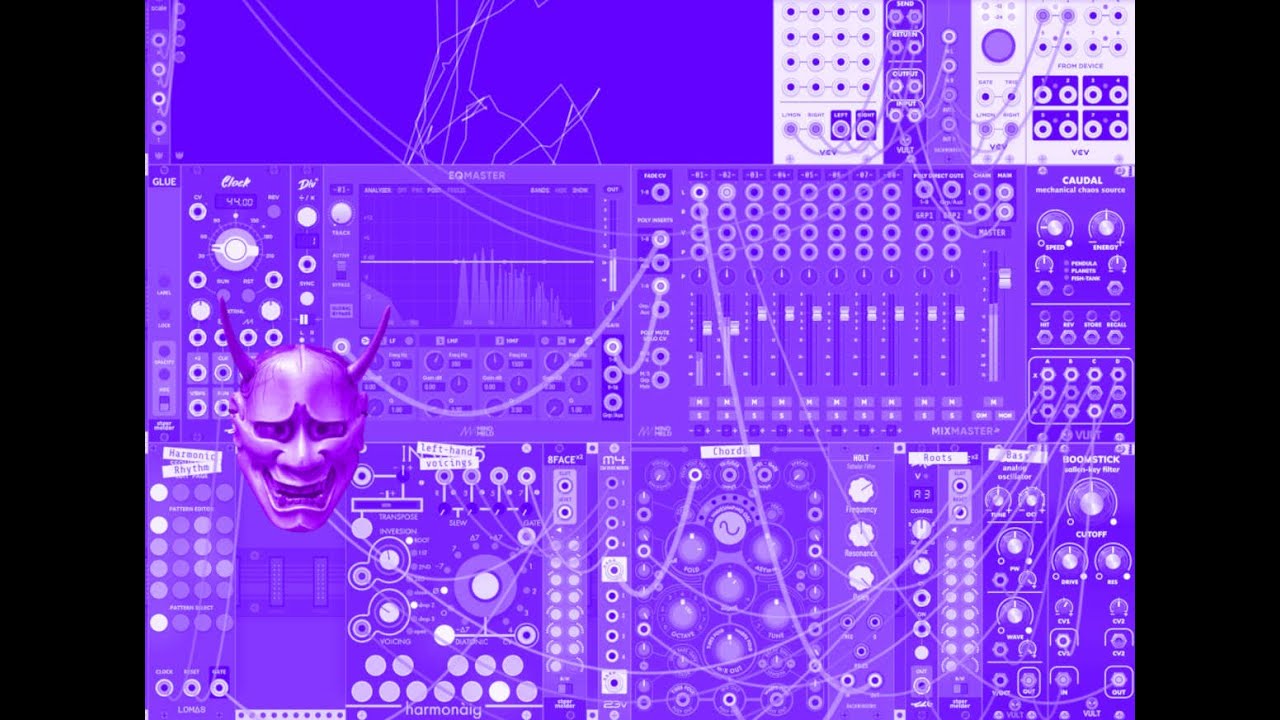 This patch uses harmonàig as a sort of left-hand voicing machine. Jazz pianists such as Bill Evans would often play rootless voicings in their left hand, leaving it up to the bassist to play the root of the chord. A couple examples are using a Dm7 chord on top of a Bb root to make a Bbmaj9 chord or using a Cmin7b5 chord on top of a D root to make a D7b9 chord. Mark Levine’s jazz piano book is a good source for more information.

This patch used the first 8 bars of Horace Silver’s composition “Peace”. It’s missing it’s last two bars because I ran out of space in 8FACEx2 and was too lazy to do a workaround

Things are modulated by Caudal. The Gate Sequencer from Lomas provides the harmonic rhythm or the beats on which the chords change. I was surprised that the tempo needed to go down to 44 to feel right; that’s really slow!

I’m very curious about your choice of chords in this progression.

Oh, I meant the chords in your previous offering: “Instru1”

Oh! Those are just 4 chords I thought sounded nice as a sequence.