Add space to your patches with VCV Reverb and Convolver. 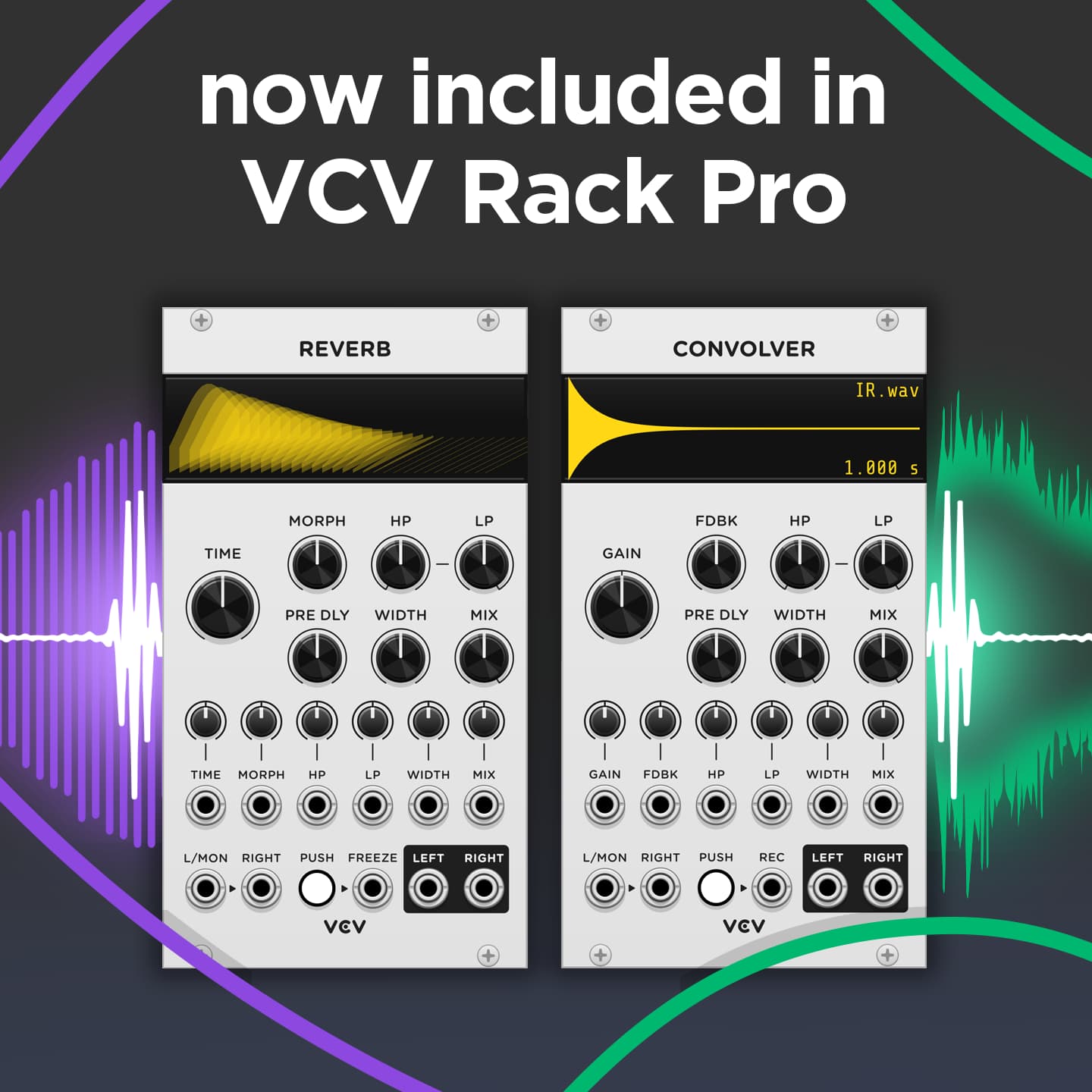 Nice! Thanks Andrew, looking forward to playing with these.

Thanks Andrew, nice addition to the collection. I’ve already burn my CPU using the Convolver stretch in the menu! Stretching more than 1000% is really heavy on my setup (MBP 2021 16go RAM)

Just for your information: The Convolver module does not reload its IR, even after saving your project. It loads only with an empty state! It shows the name of the file only!

Thanks for the plugins. They’re excellent! 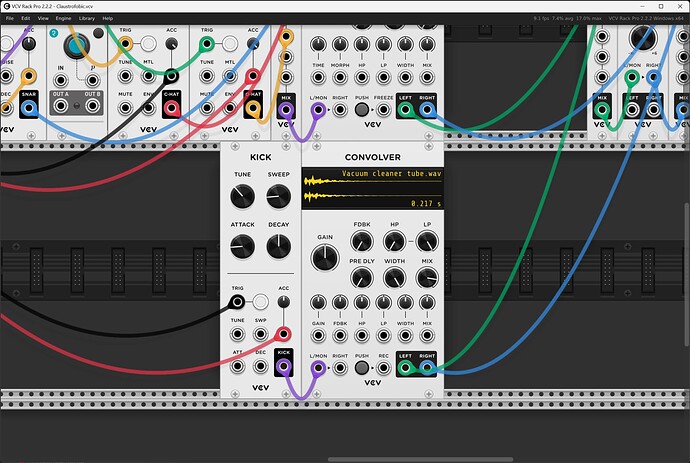 It works ok for me on linux.

experimenting with recording IR on the fly 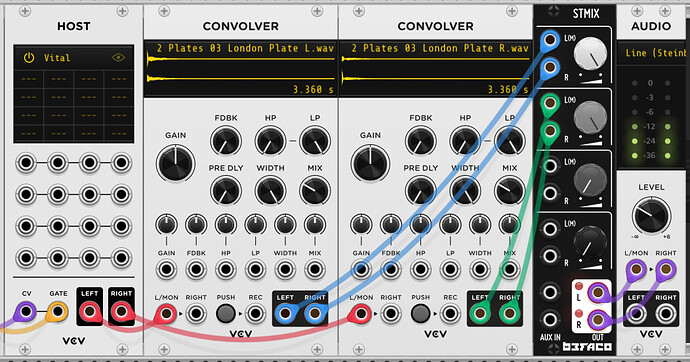 Looks cool! Seems like Pro version gets most of the love now, which is understandable. I will definitely buy it when the opportunity arises

Yes ! I am having a lot of fun and interesting results with that too.

I like the rhythmic nature of the changes that occur when the IR is recorded, but I think I’d also really like to have a way of crossfading between old and new IR. I’ll maybe try to patch that with two Convolvers, but a way to do that with only one would be incredible (something like “fade time” in Nysthi’s Simpliciter ?). Anyway, like those two new modules a lot, the Convolver is a great great addition IMO.

Convolution is a bit “fixed” by nature as the sample has to be reprocessed. another way to reach what you want is to record an IR from two Xfading sounds (but the the Xfade will be always the same.

Yes indeed, but I think it may could be possible to create a transition phase during which the convolver uses a IR that interpolates between old IR’s and new IR’s amplitude for each sample, for the duration of the transition, starting when the new IR is recorded and ending at the end of the transition phase, with say amplitude “0” for samples of the new IR, where the new IR is shorter than the old one and it already “died out”, or something like that.

I will try that low Rez digital noise trick ! On my side I have enjoyed using a night owl singing voice as a IR, and using "reverb IRs as percussion samples.

How about feeding the same input to two different Convolvers, each with its own IR. Then cross fade between the two Convolver outputs. Perhaps a bit CPU intensive, but it should work well.

Does the Convolver come with its own IR samples or do you have to provide them?