I will keep this updated; please let me know if anything is missing/incorrect.

Thanks. I can probably retire my list of module equivalents now.

A suggestion: VCV is the company, and Rack is the software. You might want to re-title the topic and adjust the headings in the list to take that into account. Also, you might want to say these are module clones and emulations in the title/document name.

The Southpole module allows a closer emulation of Steevio’s method than without. I’m not aware of any of the Fundamental modules, which I equate somewhat to Doepfer, that function the way But - A/B Buss does. Per Southpole:

I realize Steevio is not a brand, but this is included because I find it interesting.

Hundreds of people have viewed this doc, and that’s the most pedantic feedback I’ve received so far. I like your style.

VCV Rack. It’s like Ableton Live. I get that Live is the product, but live is such a generic word, like rack. If I was searching for this doc, I wouldn’t search ‘rack clones’, know what you get…porn! Nice. I get what you’re saying though.

If you want pedantic feedback. Vult Ferox was modeled with the same circuit as the Elby Designs CGS749, not with the Doepfer. However the user interface is different.

Most of the Vult filters are modeled after DIY version of well known filter circuits, but I don’t copy the panels of manufacturers. Here’s the list:

I think he means that it should be titled something like “VCV Rack plugin clones…”, since it doesn’t make sense to look for emulations of Rack itself.

Adding ‘plugins’ to the doc title makes sense to me; that’s what I use in the description field in the doc itself. Only reason why I didn’t was I saw a thread in the VCV Facebook group where using the word ‘plugin’ was being mocked as a term used by someone who doesn’t understand the difference between a module and a vsti. I’ll make the change.

“Plugins” are the shared libraries that contain compiled code. Plugins may include multiple modules. I suppose “modules” makes more sense in the title though.

By the way, since I have you, do you consider the Fundamental modules to be Doepfer-ish?

Doepfer is a good analogy, because they were the first in the format and implement most people’s concept of generic modular synthesis, but they’re not based on any particular hardware.

Absolutely amazing resource, by the way. I’ve bookmarked and set myself up to receive an email when anything’s added to the list, and highly recommend others doing so.

I think I can say now that Vult Vorg is a clone of Vult Analog Vorg. 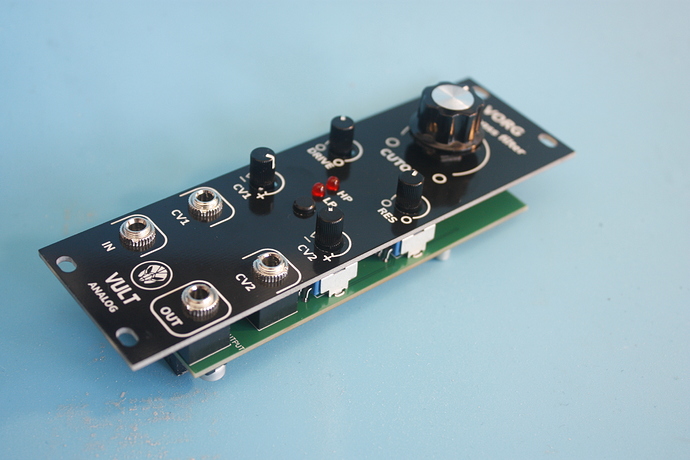 Another change. Lindenburgh’s Valerie is a clone of the Korg MS20 filter, not Roland’s.

Actually, this needs a new category: hardware clones of software. Wouldn’t it?

hahaha that’s right. The software version existed before the hardware. I’m doing other back-clones so a category would be necessary.