Today at long last, Plogue’s chipsynth SFC has been released. This means that, together with VCV Host, it’s now possible to have bit-accurate Super Nintendo audio emulation inside of VCV Rack.

SNES audio is sample-based, and with this VST you can play the songs from SNES games using the actual audio data extracted from SNES game cartridges. You can also “grab” any currently playing sample from one of the SNES’s 8 channels in order to be played via MIDI (or voltage in this case).

That’s not necessary though because it ships with dozens of really great presets, many of which sound uncannily like those from classic games. You can guess the inspiration with titles like “Mushroom Bass”, “Tunic Forest”, “Time Romp Clock”, and “Squareway Piano”.

Personally, as someone who spent countless hours as a kid playing SNES games and falling in love with their soundtracks, the sound of that hardware is near and dear to my heart and played a formative role in the development of my passions for music and synthesis. This VST is so very exciting to me not only as a musical instrument but also as a boon for the historical preservation of the aging hardware.

In this video Plogue’s David Viens goes in-depth on their work to study the SNES’s audio hardware with the help of custom hardware and software, and thereby craft a more faithful recreation than has ever been done before: 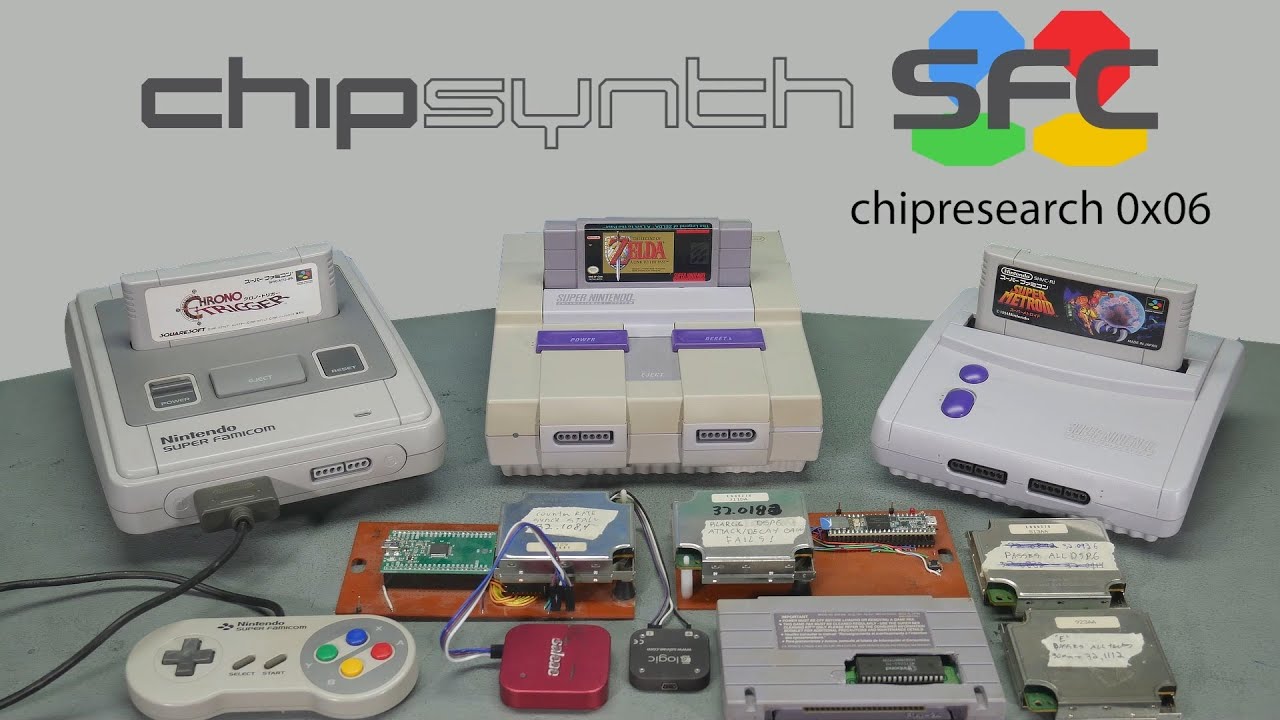 I love Plogue plugins! I sprung for this new guy, and it’s lots of fun.

Here’s a lil 15 second clip of a patch using chipsynth SFC sequenced by modules from @Aria_Salvatrice (shout out to Atout) and drums from @prokmodular.

It’s great there’s companies digging deep into emulating these chips close to perfection! Just half a decade ago, the pro audio world’s offerings were mostly super embarrassing “RETRO 8-BIT SYNTHWAVE NOSTALGIA for Kontakt” that consisted of square waves and modern digital reverb with a $9.99 MSRP.

The SNES kinda exists in that uncomfortable level of fidelity that it’s good enough to allow for very expressive soundtracks, but not bad enough to impose its own idiosyncratic timbre and character on the compositions, so it’s particularly cool to see it done in the audio form, where it’s unlikely they’ll even break even on the cost of all the research it entails.

This kind of obsessiveness about accuracy had only been reached recently by Bsnes/Higan, emulators taking no shortcuts whatsoever in their goal of perfectly accurate emulation, instead of the more pragmatic offerings using hacks. The author sadly quit the scene after two decades, due to continued harassment from some unhinged individual, very sad story

A friend of mine is a YM2612 specialist - Yamaha’s 6-channel 4-operator FM chip with an impossibly distinctive metallic timbre, at the core of the Sega Megadrive, along with the SN76489. A few years ago, taking his composition to the flashcart and recording it off real hardware was the only reasonable option to get it to sound right. Yet somehow software caught up. It’s crazy how many little details you have to get right! And even once you do, you won’t get an authentic sound if you expose your emulation with a workflow very dissimilar to the tools that were available back then. And despite the limited tools available back then, did you know that Yuzo Koshiro’s amazing soundtrack for Bare Knuckle 3 used aleatoric techniques long before it was a whole scene? I have enough YM2612 stories to entirely derail this thread, old-school 90’s console wars style

Adding this highlight from CDM online magazine - by the pen of Peter Kirn - as a further reference:

It's 1990. Nintendo has just leaped into the 16-bit age. And the voice of its new Super Famicom (SNES) console is about to open a window to a world of lush, glossy sound. Now, just shy of 30 years later, that spirit has taken plug-in form.

Woahhh this is super cool. I love to see other people working on retro audio! There are so many great sounds in those old boxes. That video was crazy informative. It’s nice to see a rigorous validation of their method with some comparisons to other Blargg-based solutions that are out there. I was definitely curious about the objective accuracy of Blargg’s emulations. I’ve been working on an emulation of the S-DSP for PotatoChips based on Blargg’s code – mostly to build a retro echo effect – so hopefully we can get some SNES love directly in VCV Rack soon!

I’ve been working on an emulation of the S-DSP for PotatoChips based on Blargg’s code – mostly to build a retro echo effect – so hopefully we can get some SNES love directly in VCV Rack soon!

Excellent! I really enjoy RackNES and PotatoChips. Getting that SNES echo native in Rack would be a lot of fun.

Relatedly, I’d love to see a RackSNES one day too!

Wasn’t the SNES echo done the hard way ? (repeating the note with lower velocity each time ?)

Nope, the SNES audio processor is unique (for its time) in that it has an onboard delay effect, including an FIR filter for use in the delay feedback. This effect was also abused to create a distinctive sort of reverb. Some examples can be heard in this video, among others: 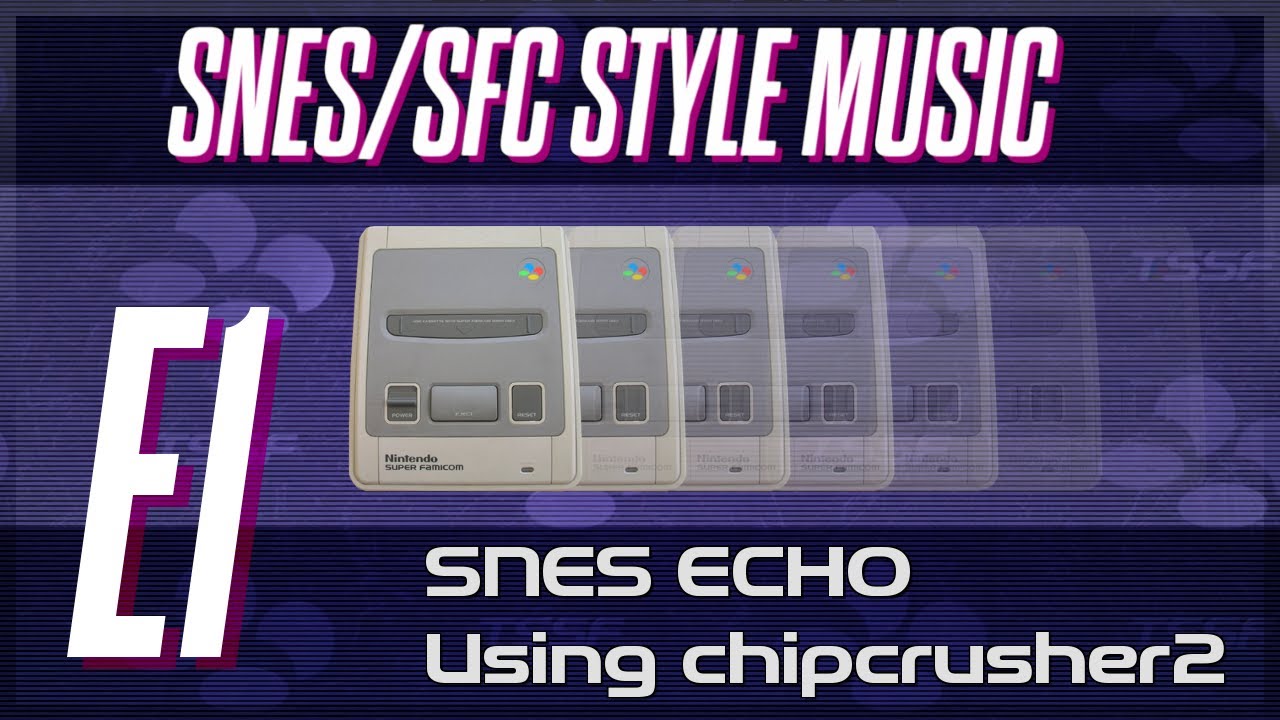 oh very cool ! I was mistaken with some other console then

@delexander RackSNES is totally possible, I just need to find a good emulator as a baseline and some time

Yuzo Koshiro has got his hands on this and it’s wonderful to hear:

If the SFC version of SOR4 were out there back then, the music would be like this...? Thanks to chipsynth SFC, I could port this with much accuracy from the original Cubase data for less than one hour. All the sounds are the presets except the 909snare. https://t.co/gYgKhXJorp

Thanks, Plogue. This plugin is legit. It's the greatest SPC700 plugin ever and also recommended to dip your toes in the SFC-sound water. We can quickly use all the sound chips' functions and know what SPC700 is all about. Really amazing. https://t.co/pLHdW8jOtx https://t.co/jhAdrgc001

So, I’ve got a SNES echo effect up and running in Rack! It’s in an early beta with a few issues to resolve, – I need to find a nice way to lock the sample rate to 32kHz for proper authenticity, – but it’s sounding pretty cool so far. The FIR filter that acts on the echo feedback makes for some very interesting sounds. It’s quite easy to make the effect blow up if you’re not careful though lol. If you’d like to mess with this early version, the master branch of PotatoChips has the updated module: S-SMP(Echo).

There is a Gaussian filter that is used on the output of the original S-SMP chip that acts like a low-pass gate to kill any unpleasant high-end. I have removed that from the echo effect so that it can shine at brighter tones. My plan is to put that Gaussian filter code into separate module to act as a retro-style dual low-pass gate. Stay tuned!

I have a few other Frankenstein ideas for Blargg’s code brewing at the moment.

EDIT: be sure to checkout the module presets if you snag the beta version. I’ve made FIR filter presets for each SNES game that had documented FIR filter values!