I’m throwing myself headlong into learning Rack and accumulating a few demo vids in the process, so I’ll post them here. I don’t think I’ve accomplished anything Earth-shaking, but several of these make me laugh, so that’s something. I’m not really a techno music fan so a lot of what I do with Rack is aimed in a direction oblique to most demo vids I see posted.

Here’s one I just finished - a six-channel, six-sequencer simulation of a guitar’s strings, programmed with common finger-picking patterns for the five open-voicing major triads (C, G, D, A, E). This patch has a a lot of potential - you could program it to do anything a guitar can do, short of setting it on fire or jamming it headstock-first into your speaker cone. 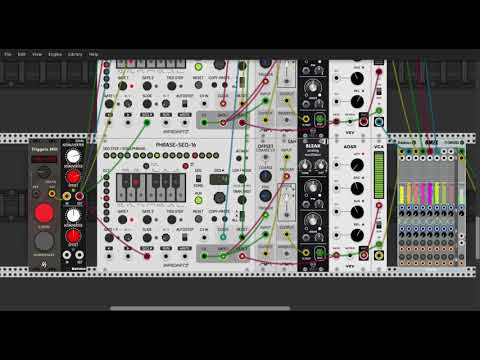 that’s cool! I love the Impromptu sequencers, but for something like this you might find mine is easier to use - and one polyphonic sequencer with a visual display will do the job of those 6 perhaps. Not sure. anyway nice to hear the finger-picking. Now just learn how to make some more appropriate sounds

This file has been truncated. show original
strangebuttrue (Strangebuttrue) September 25, 2020, 1:13am #3

I will certainly check that out. As far as sounding like a guitar’s tone, versimilitude is not really the main goal - I wanted to see if I could sequence Rack using guitar tablature as a mental model. A variation of this that might be amusing would be to double the whole construction, raise the three lower “strings” an octave, and detune everything, thereby simulating a 12-string guitar…

Here’s another. In the song “Ain’t No Woman Like The One I’ve Got” the Four Tops tell us that the subject of the song “can make the birds sing harmony”. Rack can also accomplish this. Here is a very dumb vocoder trick made with a Freesound recording of a nightingale. I’m hoping to build an audience for my tweets - 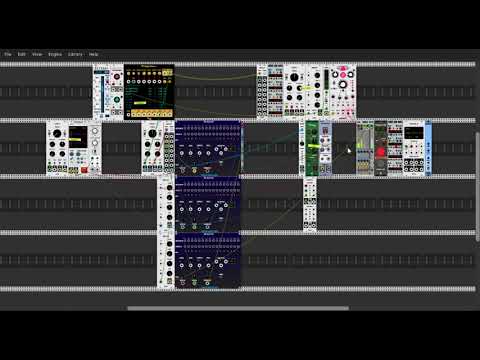 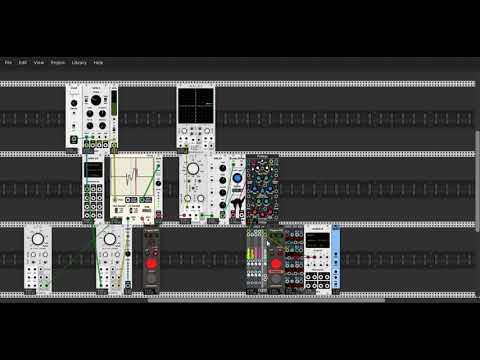 Here’s a pretty large control structure I spent a week or so working on. It’s a set of three array scanners that distribute control voltage in particular patterns across two banks of four channels. Why do I need this? It’s complicated. Does it work? More or less, though one part is a little shaky and it probably needs another mechanism to focus the voltages and etc. etc, etc, 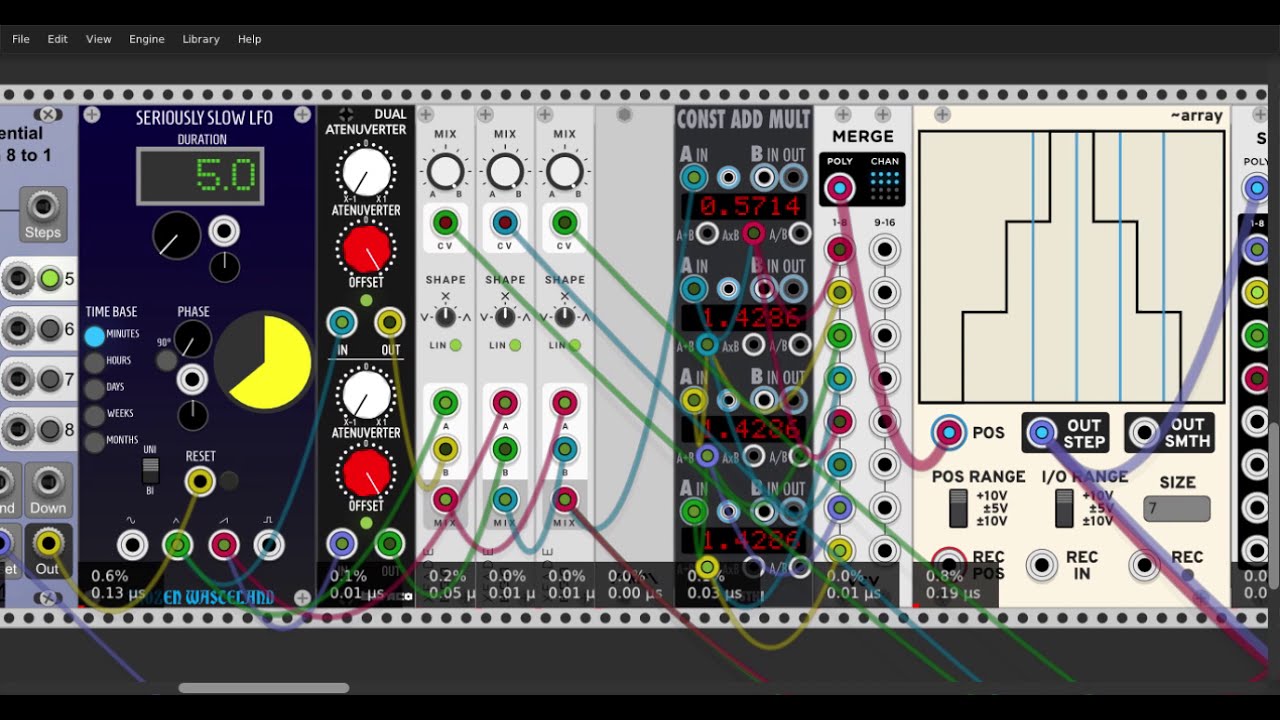 I found a way more economical method of handling harmony than the above. This one is a fraction of the size and CPU demand and makes way better and more controllable harmonies. It all runs off a single 02NAGOL. Of course, the pitch selection system doesn’t appear in this video, but you can hear it… 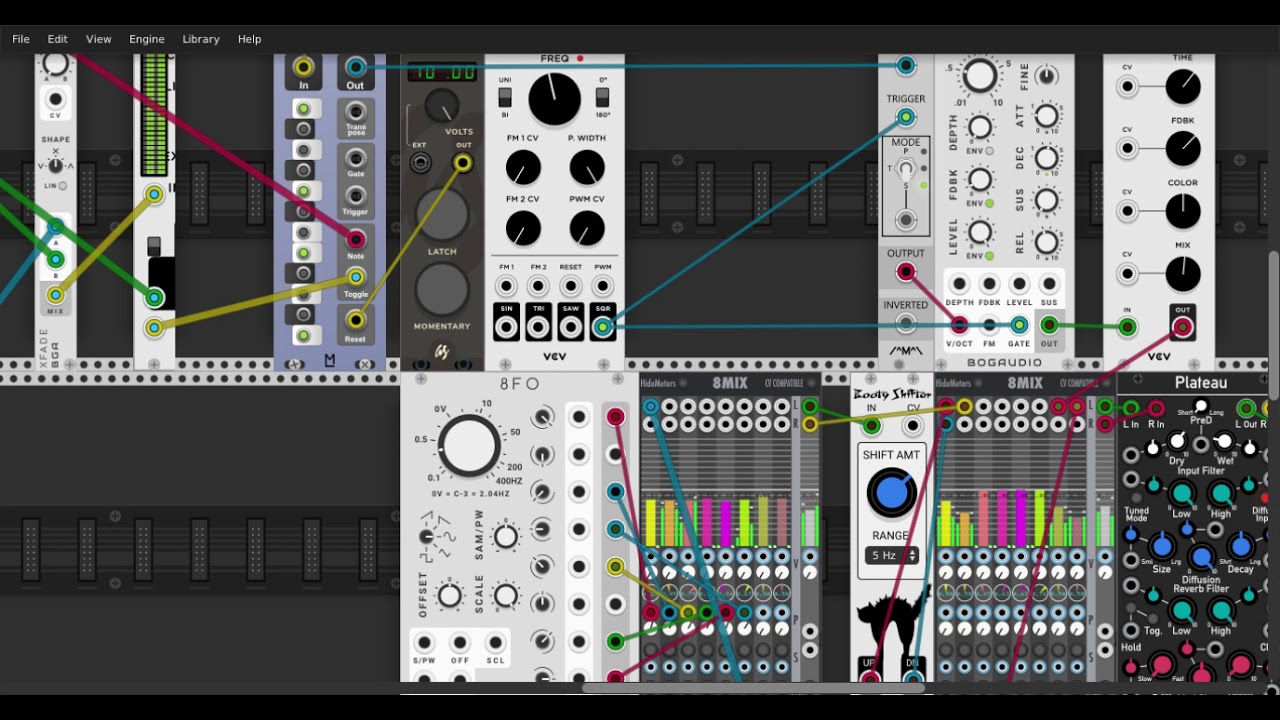 Ok, so that sounds really good! What you’re doing there is probably a bit too clever for me to understand,

but the harmonies are lovely.

i took a break and came back. here’s little draft of some more pretty chords 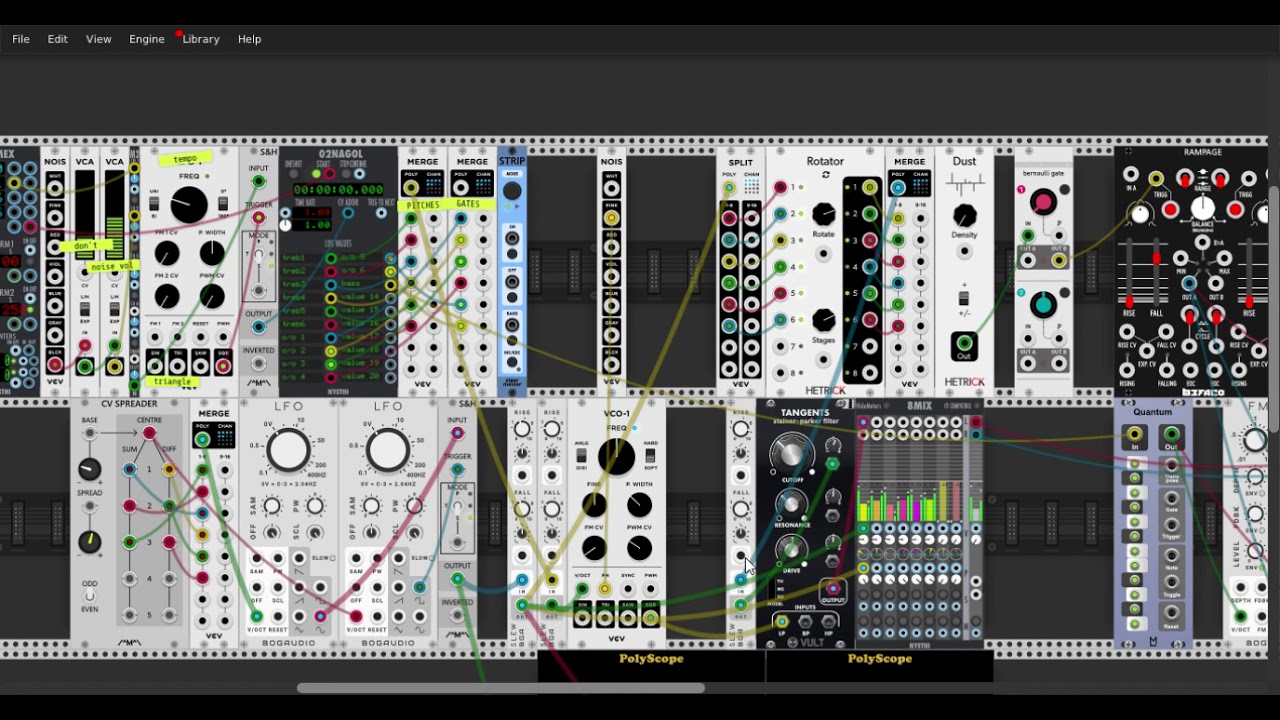 Still plugging away at the problem of how to make interesting harmonic progressions in Rack. This solution is inspired by the left-hand keyboard of an accordion - scanning around two axes of “key” and “tonality” - BIG UP Grande Modular’s Quant quantizer for making this possible (not to mention the redoubtable 8FACEx2 by Stoermelder) 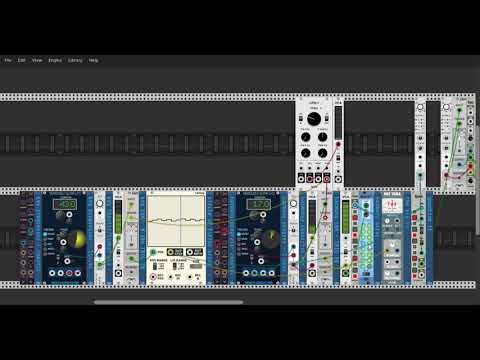 Are you ever in the chat? I’ve watched a couple of times and there was no one there.

I usually start streaming a little before bedtime and generally leave it unattended, which I suppose is not the best case of Twitch manners, but the patch pretty much runs itself, and I usually stream it for 18+ hours… email me?

^^^^ streaming again at the above link. all night mellow hums

the surreptitious twitch stream (see above) is humming again tonight. i’m quite happy with tonight’s contraption

It was pretty quiet. I assumed it was CPU overload. Anyway, music sounded good.

Thanks, I found at least one cool new trick to make nice melodies and i’m super stoked about it

Coming soon to cassette tape! FALLING SKY BLUES, the first proper composition I’ve written in a while, like as in writing counterpoint and all that. Created in Rack and LibreOffice - special thanks to @synthi for adding the “reload” button to 02NAGOL, which made this possible. Minimalist electronic music, 26 minutes and change, hope u like it