Hello, I had an idea when I saw projects like Sonaremin and Midilar; the creation of module clones mixing these two ideas.

For the controls: It is therefore theoretically possible to build a MIDI controller identical to a module present in VCV Rack and to send the MIDI signal to Sonaremin; and we obtain in the end a physical module at least for the control part.

For the CV : Nothing prevents us from patching MIDI instead of a real electrical current, but it prevents compatibility between the real modules and the “fake” ones (I’m still trying to figure out how to do it).

For the sound: The Raspberry’s only give us medium quality sound output, I think we’ll need a sound card for modules that generate or manipulate sound.

Bonus: Nothing prevents us from mixing modules on VCV Rack and adding the corresponding part to the MIDI controller, so we have modular creation of modules

PS: I know that analog is better than digital, but with this method it is possible to create a new family of modules much cheaper and therefore make modular available to many more people.

Have you seen similar ideas?

What do you think of that idea?

Interesting (good) idea. you could even go halfway and have modules connected to your laptop running VCV. would be like a customizable midi controller you could build yourself to control the modules you need to be able to control such as in a live gig.

Isn’t that what Midilar’s already doing? My goal being more to build a modular synth than just being able to control VCV Rack.

So basically you want "low cost " eurorack modules that use Midi instead of CV ?

I have someone sitting on my left who is eagerly waiting for my summer holidays to start so that we can work on a similar project for a regular eurorack (“Hey arduino can do this and if we also use a raspberry py we can also implement this…”). I’m pretty sure it is planned that this setup also allows to send stuff into vcv - but as the hardware/programming expert is sitting on my left and it was just an idea so far I am not sure what exactly is going on in this mind

I’ll keep you posted after we’ve made something work at the end of summer. 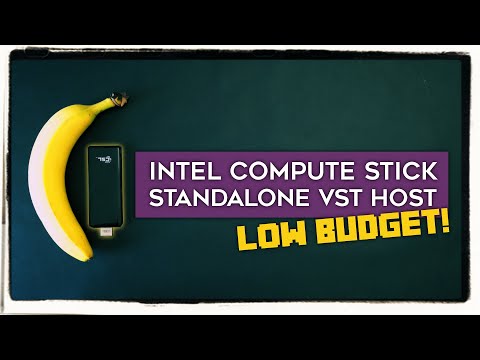 maybe it would be possible to rack mount something like this ? A computer stick running some Vsts

@Olival_Clanaro Yes, that’s exactly what I want, I don’t have enough money to afford real modules but I really want to make music, this video reinforces me in the idea that it’s possible

@logorrhoia I would be really glad to know more about your project and your approach. I think you can convert a CV to midi by coupling a LED and a photoresistor but I don’t know how precise it is; I saw that the modules from Experts Sleepers (the ES-9 or ES-3) also use fiber optics to send a CV from a VCV-Rack to a Eurorack, but I don’t know if the reverse operation could work given the lack of standard in the current of the modules. PS: I plan to document my work and make it Open-Source I’m not interested in money, only in music

I know that analog is better than digital

You said this earlier, (although i disagree) if you want an “analogue” sound for a smaller price, there are cheaper options like Doepfer modules, the Dreadbox colorful ones or the new behringer modules. Go on modulargrid and order by price to get an idea. DIY kits are also quite “cheap” .

I think doing a new standard of modules using midi would be both a loss of time and money. It would probably cost a lot of money and time for a result that can’t even be used with “normal” eurorack.

If you bought a semi modular, built a case yourself, and add on a few cheap modules, you can probably start a small functionnal hardware rack for maybe a 1000 $ ?

Then later on you could expand your case module by module. 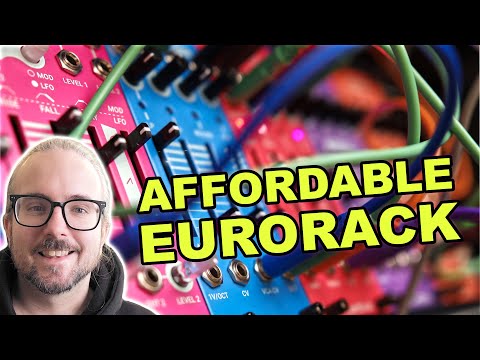 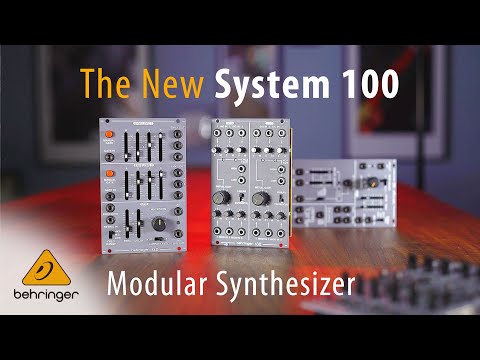 I think you can convert a CV to midi by coupling a LED and a photoresistor but I don’t know how precise it is; I saw that the modules from Experts Sleepers (the ES-9 or ES-3) also use fiber optics to send a CV from a VCV-Rack to a Eurorack

I think you misunderstood some things. The optical connections of the Expert Sleepers modules are using the SPDIF or ADAT standard and transport regular audio data.
No way you can „convert“ CV to MIDI using a LED and a photoresistor, these things are called optocoupler and are used for electrical isolation. The MIDI messages must be generated by some sort of microprocessor.

It’d be hilarious if one of us made a VCV original digital module that became popular enough people would want it as real hardware, and the cheapest way to buy it as a DIY kit would be to simply plop down the code as-is along with a VCV build on a cheapo single-board computer, then add a few jacks and knobs.

Although it’s a real and well made eurorack module

That one only runs the actual DSP part on the chip tho doesn’t it?

Yes i think you are right, i really doubt there is a full instance of Vcv in it

This Sonaremin project is really inspiring. Some times ago I was thinking about building a kind of Linux Based mini PC that would run VCV 2.0 headless paired with a Arduino based MIDI controller in a box, but the size of a raspberry PI makes it even more interesting and cheaper. This would be such an ideal platform for prototyping or building DIY standalone synths/groovebox… or a kind of “Nord Modular G2” standalone synth based on VCV… possibilities are huge.

I’d like to see something like that too! There are some recent devices that follow a similar path, for example the Empress Effects Zoia, which will be available in Eurorack later this year and works like an embedded modular system…

@Olival_Clanaro Thank you for these discoveries, I had no idea that some modules were so cheap. For the loss of time and money, it’s not a problem for me, I have plenty of time and I can salvage a lot of electronics parts in the trash.

Guys I just want to say I just logged on and the first thing I see is what I’ve been thinking about for a while now — and have been desperately seeking a solution(s). Every single entry on this thread is making my brain racing. Eurorack hardware is prohibitively expensive. But the devs are infinitely valuable in terms of their ideas and their vision. A module running an embedded s/w version of the hardware could be made much cheaper than Individual module designs with individual pcbs, wiring, assembling, testing etc. But the idea of using Windows 10 to simply run Hermann Seib’s excellent vst host doesn’t make sense, but it could be done easily at the present time, along with a generic 4 knob midi controller, so that it could fit into a eurorack space. But what if VCV rack became the ‘OS’? Each module could then have something scaled down and easily available, such as a teensy or arduino or raspberry pi, running an already developed operating system that can be extended by the module devs to accommodate their visions. Since everything is digital you would only need a d/a converter at the end, as a module naturally, to accommodate audible sound. Just a few ideas

@stoermelder Effectly I had misunderstood for the Sleepers expert modules.

And I think it’s possible to use an optocoupler to convert CV to MIDI, by using an arduino you can easily read the voltage of a photoresistor and convert it to MIDI, actually the role of the optocoupler here is to isolate the two circuits as you say.