Recording into Audacity or?

So there is a schism in the force - information pre 2022 VST version, and post version, and rarely shall the two be relevant to each other when you start looking for something. I have Ableton 11 Suite, Reaper, and Audacity. How best can I simply record what I am doing in VCV rack? I use a bank of midi devices to control modules in Rack but when I open them as a vst in a DAW, I can’t seem to figure out how to prevent the DAW from taking over the devices, or to have RACK need to use the DAW as a midi input source. Is there not a simple way to record Rack output to a recording software?

I am a bit confused as to what your problem is. You don’t have to use the VST version - you can still use Rack standalone.

So as far as I can tell, whatever you did for recording with version 1 should still work with version 2 standalone.

I use Reaper for recording both version 1 and 2. I bought the pro version with VST support, but I have yet to use the VST functionality. The Reaper ReaRoute ASIO drivers are really easy to set up to give two way communication between Reaper and standalone rack.

If you are recording audio and use an Audio-16 as the output module in the rack then you should be able to simultaneously record distinct audio outs into up to 16 tracks in Ableton. Example video below… 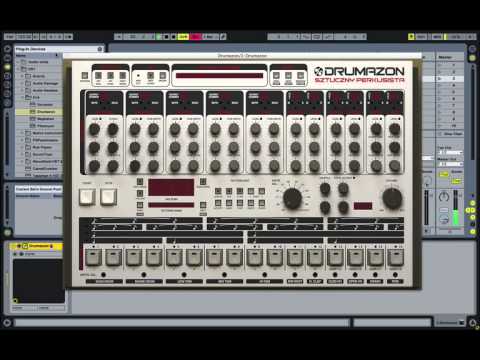 It’s not as easy with recording MIDI unfortunately as Ableton stupidly insists on forcing all MIDI output from a plugin to MIDI channel 1. There are workarounds using virtual MIDI devices or I use BlueCat Audio Patchwork and Connector plugins, but it makes things unstable and can affect latency.

The Reaper ReaRoute ASIO drivers are really easy to set up to give two way communication between Reaper and standalone rack.

Thanks very much for this. I was under the impression that the whole purpose of it being a VST was so it could more easily be used in DAWs. If Reaper has this, I imagine there’s a similar work around for Ableton as well.

Thanks but my issue is I want to use the stand alone version of Rack and have Ableton leave my midi devices alone so I can route them they way I want in Rack.

If Reaper has this, I imagine there’s a similar work around for Ableton as well.

I think Reaper may be unique with its ReaRoute feature, which is why the VST version of Rack is/was so sought after - so that it could be used easily with other DAWs. There ought to be solutions with the VST and other DAWs, but I am not familiar with that territory.

How best can I simply record what I am doing in VCV rack?

Records stereo audio and video to a file

Not sure how you’d do it. On earlier Rack versions you could use the VCV Bridge plugin, but IIRC it doesn’t work with Rack v2.

Also, as for the MIDI devices being taken over by Ableton, I remember seeing a list of devices in the preferences in Link/Tempo/MIDI and can you not exclude them from Ableton control by unticking them in the ‘Track’ column?

Except that isn’t a part of Rack 2 modules.

It’s even made by VCV.

I remember seeing a list of devices in the preferences in Link/Tempo/MIDI and can you not exclude them from Ableton control by unticking them in the ‘Track’ column?

Yes but every time you start Ableton back up after closing it, it sees those devices and puts them back in.

There ought to be solutions with the VST and other DAWs, but I am not familiar with that territory.

I got Rack 2 to work as you had suggested with ReaRoute. Thanks. There’s a video from Jazz Teddy Bears showing how to route Ableton into Reaper this way as well Jazz Teddy Bears - Using ReaRoute. I might play with that but I can’t see having Reaper, Ableton, AND VCV Rack open (along with any VSTs in either DAW or Rack) making my computer very happy.

Except that isn’t a part of Rack 2 modules.

What do you mean by that ?

What do you mean by that ?

VCV Recorder is part of the Rack 1 package and was removed as a module for Rack 2. I have both versions installed on my desktop at home (using my laptop out of town at the moment). Recorder is there when I open up Rack 1 but not 2.

Ugh… Really?? Apologies to Yeager then. But now that I have it working in Stand Alone mode into Reaper I don’t know that I need it, though I’ll grab it and play around with it.

There are also some third party recorders.

I can’t see having Reaper, Ableton, AND VCV Rack open (along with any VSTs in either DAW or Rack) making my computer very happy.

i’d suggest to just use reaper. it is very capable as a daw and makes certain things (as seen in this thread) easier. i like to refer to the other piece of software as disableton for a reason…

The Reaper ReaRoute ASIO drivers are really easy to set up to give two way communication between Reaper and standalone rack.

Hello Dave - So I had Rack going into Reaper via ReaRoute… and then all of a sudden it stopped working for me. I thought I messed some setting up on the laptop so when I got home I downloaded Reaper again and installed the ReaRoute ASIO, opened up the same Rack project I was working on and set the Audio module to ASIO/ReaRoute 1-2 in, 1-2 out, and set the routing on Reaper for track one to ReaRoute 1-2, but where yesterday I got sound and meter movement in the track, I no longer do. Rack is playing like you would expect with meters moving. On a video the other day I saw a guy setting it up for Ableton (mentioned in one of my replies) and he mentioned that the Record has to be set to Record: Out (Stereo Latency Compensated) but I hadn’t done that before and had Reaper working. In any case I have two tracks - one set up this way and one just Record: Input (Audio or Midi) and neither track is hearing Rack. The only other item I have done was un-checked Close audio device when stopped and application is inactive which was suggested in a Sound on Sound article and which I had done the other day and had Reaper working. I tried to be pretty specific - any ideas on what I’m doing incorrectly?

There is so much I don’t know how to use with Reaper, but I know enough to get by for some really primitive projects. But I may know what is going on in your case.

Below is an image of two Reaper tracks.

You want the red circle to be lit, meaning the track is armed for recording. If you want to monitor what you are recording, then you also want the speaker below the circle to be white, meaning monitoring is on. You can also set it to a dull red, meaning auto, but I don’t use that.

Hopefully that is all that is wrong.