The only difference I’ve noticed on the same audibly loudness and lufs as you can see is the difference in peaks and ISP. Guess who is who BTW) and there is no analyzer difference in the frequency response, DC offset and stereo spatial. There might be slightly audible difference in stereo but probably placebo as well.

There is a note that the module does nothing for two channels only. Maybe this is why you couldn’t measure and hear much difference?

I put 8 outs and 4 aux into the console MM, poly version actually. So it’s 24 mono channels) and then took spl Hawkeye and measure out before and after

Thanks, @n0jo and @steve. After writing the question last night, I did find Chris’ video on Console6. His videos are always informative, even if most of his knowledge sails way over my head. He also does a good job accentuating the effects of the Airwindows plugins that would otherwise be quite subtle.

Recently, I’ve been using Ozone9 for post-MM dynamics. I will have to experiment with adding Console to that string.

I just did an A/B test using a pair of BogAudio X fade modules and there was a significant difference between the MM output and the Console output (and not just due to the increased loudness of the Console version). Definitely not a placebo imo.

Most noticeable was the kick - which cut through the mix in a totally different way - almost as if there was some EQ going on. And there was also more presence and spread in the highs. It passes the ear test for me, I like it

“Solo Chain inputs” has now been added to MM’s Master track settings and it’s working well. If you can build from source you can pull from our GitHub now and try it. We will hopefully get some builds up soon - I’ll let you know when they are available.

UPDATE: Builds are now available on our Github releases page: 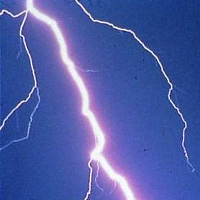 OK! I think the thing needs to be at the start of patching and then I gonna disable it to try again. Maybe it’s something like mixing straight into ssl compressor at the beginning of the mix) and if you gonna disable it after finishing the mix it will be damaged in terms of plans, volumes and overall compression levels. Really, maybe it’s smth like that in this case, currrious) Because adding ssl at the end of the mixing process (at least 2 to 1 ratio) doesn’t do those significant effects as adding it in the beginning. So the console just can do the same thing - works better with raw mix

Also found this test - https://www.gearslutz.com/board/showpost.php?p=14688784&postcount=16 and the guy uploaded antiphase difference between dry and wet. So as we can here the main difference is in slightly added distortion and transient as well. And yeah this another thing to know why this module should be right in the template because transient is very source dependent things especially in digital synths when they are so clean. So now I’m more than curious to add this in starting template and than make ab)

You’re the man, Steve (and Marc of course)! Gotta get things ready on my end too now. This also makes me want to add more Console flavours soon.

What are your thoughts on Console’s level control? I’m thinking of removing it now that we can go back into MM, which should be the preferred setup. Am I missing any good reasons to keep it around?

Not everyone uses Mindmeld so might be useful for some?

Not everyone uses Mindmeld

Yeah, it’s for Vulcans only

I would say keep the level control in too - even when using MM it could be useful - the chain input was originally put there to enable mixers to be chained so if a user is doing that then they can go back to the pre ‘solo chain’ method if the level control is there.

Based on Artem’s post above referencing phase cancellation I did another test, this time taking the main out of MM and the Console out, and sending them into a pair of tracks in another MM. I then inverted the phase of the MM track. I reduced gain on both tracks and the master by 6dB to give a bit of headroom. Then I adjusted the gain on the console track down further to the point of max phase cancellation which was about an extra -1dB (interestingly though around -3dB ‘sounded’ like a better level match). At that point the mids almost entirely disappear but the kick and hats are still very much present, which aligns well with my original ear test.

One possible issue I did note - there seems to be a bit more dynamic range in the console version and occasionally it seemed to generate some very high peaks (more than 6dB above MM version, even when set to 1dB less gain which resulted in clipping.

Need to test a little more to make sure it is not related to setup. the source does have a few wild fluctuations.

I was just thinking yesterday how wonderful that would be!

Great stuff happening here, i been sleeping on this thread

I thought there was a GREAT difference in the sound ( I could also see it on the scope), but then I found out that the AUX channels were added to the main tracks. When I checked the “Don’t send tracks when grouped” in the Direct outs I could barely hear/see any change 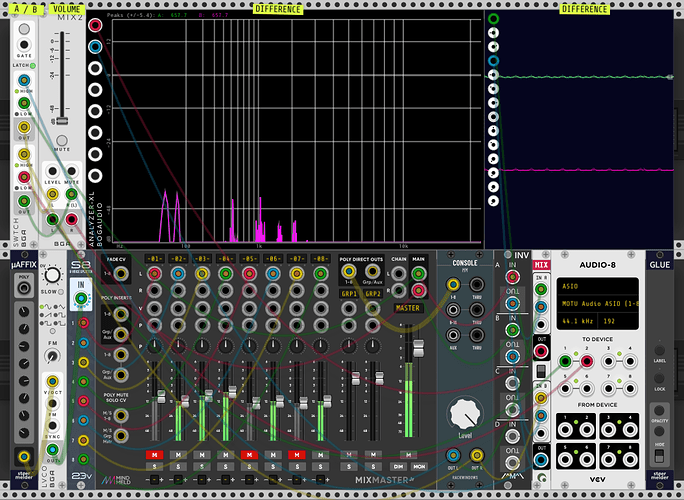 I thought there was a GREAT difference in the sound ( I could also see it on the scope), but then I found out that the AUX channels were added to the main tracks.

Yes haha… turns out i had done the same thing! I had my kick and hats sent to groups so they were being doubled up - no wonder they cut through the mix…Doh!

After turning the groups off, the effect was definitely much more subtle and spread more evenly across the frequency range (although with still a little emphasis on the highs perhaps). When using the phase cancellation it mostly seems like a subtle distortion effect now.

Regardless of whether the particular sound of Console6 floats your boat or not, what has me most excited about this though is the new possibilities it opens up, particularly if @n0jo adds some more sound colour/flavour options to console. We now have a very neat and integrated way of adding colour to MixMaster’s clean sound.

Back when we were making EQMaster, a multi-track saturator/colouring module was definitely an idea that popped up, so very happy to see this.

I would leave the level control. In my short testing, I have found that I need to lower the output level about 25% to keep levels from getting too hot. I just want to say that I agree with @steve that the module adds a nice, but subtle, effect.

Has anyone measured the difference with Interstage as well? I want to believe in the magic.

Here is another development build including the suggested panel adjustments and the option to sum the poly channels on the individual outs:

One possible issue I did note - there seems to be a bit more dynamic range in the console version and occasionally it seemed to generate some very high peaks (more than 6dB above MM version, even when set to 1dB less gain which resulted in clipping.

Yeah, I noticed too that it can get a bit spiky on some sources. This happened with Console6 I suppose? It’s less forgiving than PurestConsole but also more pronounced and possibly a bit quirky.

I think the jury is still out on gain calibration with this one, which is why I’m really grateful for the testing that’s going on. To me the question is not so much about the summing effect itself (which has gone through many ears and analyzers over the years), but rather the amount that is applied here by the module.

I agree it’s probably best to mix into it to avoid potential issues later on.

There’s some amazing potential with this interesting synergy of modules.

Obviously, one could go way, way further. I just wanted to show thanks to the developers in question for ushering in a very interesting new set of functionalities to the Rack environment.