Newbie here! I understand synthesis but haven’t got to grips with the modules yet.

Here’s what I’d like to do. Perhaps you can tell me if it’s possible in VCV and, if so, what modules I should eb using.

I’ve struggled to find modules that dso the % calculation and play pre-programmed chords.

Would very much appreciate any advixe. 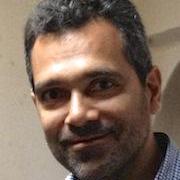 Plugin for VCV Rack. Contribute to philippesalembier/SckitamVCV development by creating an account on GitHub.

During the past few days, I have been starting to develop some plugins for VCV rack. The main goal was to develop plugins for my own needs but now I am wondering whether these tools could be useful for the community and if they are worthwhile sharing. Two plugins deals with 2D geometric transform. My main motivation was to use them with the “chaotic lfo” developed by Wiqid (Bennie De Groot). I often use a combination of 2 output that describe a curve in a 2D plane and often want to apply geomet…

I found this article, for a Jupyter notebook example of a Markov chain generated chord progression:

I can’t think of any obvious way of doing it imediately but if you get desparate then Prototype lets you write you’re own module in a variety of scripting languages. Actually, looking at it the above mentioned Markov Chain sequencer is the most likely candidate.

It might be worth looking at computerscare I Love Cookies, it could get you part of the way.

And it has multiple expressions. You would need to work out how to switch between them, using switch based on what value was used last?

You could use it to index into the VCV Chord module to pick the desired chord.

What you are describing is indeed one of the main applications I had in mind when developing the Markov Sequencer. https://github.com/philippesalembier/SckitamVCV#markovseq-- It has 8 states (that you may associate with a CV indicating the chord) and you can fully specify the probabilities to go from a given state to any state.

If you need some help with this sequencer, please let me know. I would be happy to help.

I am not sure the Markov Sequencer is the only option for this, but it can indeed be used to define probabilistic choices among up to 8 states. Moreover, if necessary, these probabilities may depend on the current state of the sequencer.

Hey @Jens.Peter.Nielsen - Thank you. @philippe.salembier has replied, too, so I’ll take a look at that.

Great article, thanks for the link. The principle seems straight forward although I got a bit lost with the technicalities

Hi @gabrielreygoodlatte - reading the thread so far, I think Markov might be the way to go.

Hey @dag2099 - Yes, I think it’s Markov. I used to program a bit in BASIC and love the idea of writing my own modules but it’s waaaay beyond my capabilities.

Hi @PaulPiko - That looks way cool!! Will have to investigate, thank you.

if possible, at least until I know what I’m doing

Hi @philippe.salembier - thank you so much. I’m a total VCV newbie so might well need some help setting it up but I will see how far I get first

Appreciate your offer , thank you.

I’ve read the instructions but I’m afraid I’ve absolutely no idea where to start, what to plug into the inputs or outputs

I guess being a total VCV newbie doesn’t help.

Would very much appreciate some sort of (simple) starter patch. 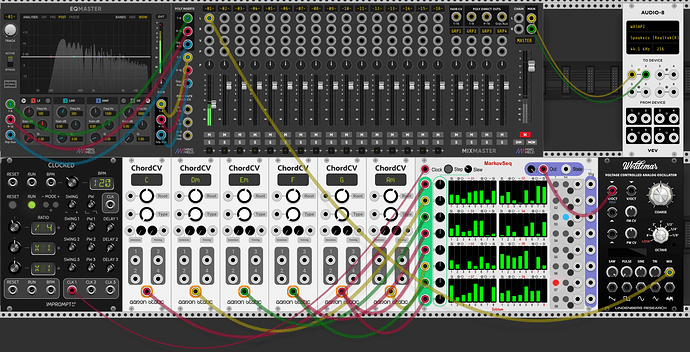 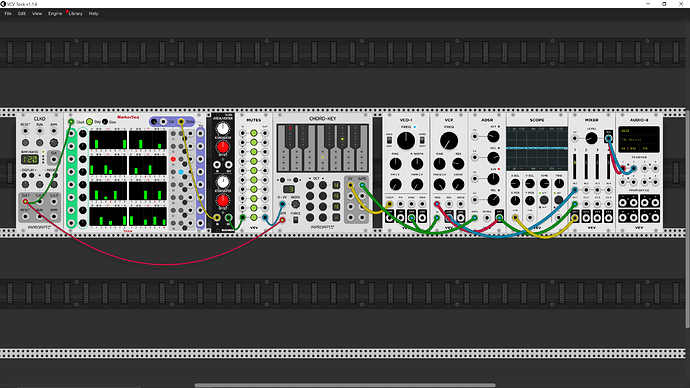 Here is a simple example:

The “sample and hold” module generates random pitches which are quantized by the Re-Wind quantizer. In this quantizer, I have defined 6 scenes corresponding to the notes of 6 chords of C major, from I to vi. Then, with the MarkovSeq, I have specified the following chord progression scheme: 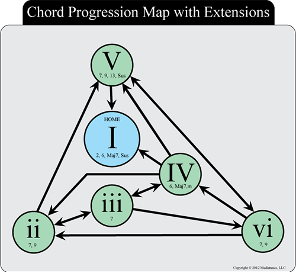 This is done with the following part of the module: 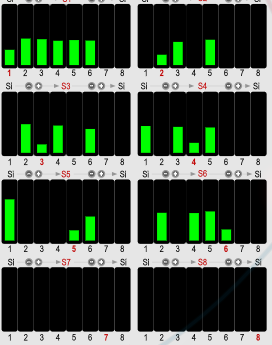 The last point is to associate CV to the chord. This is done with this part of the module:

The knob for state 1 is at 0. So the CV at the output of the sequencer for this state will be zero and it will select the first scene of the quantizer (the one associated with the notes of the C major chord). The knob for state 1 is at a higher value (0.99) so that the sequencer output will select the second scene of the quantizer… and so on…

I hope this will help you to start.

I used to program a bit in BASIC and love the idea of writing my own modules but it’s waaaay beyond my capabilities.

You should at least take a look at some of the examples for Prototype, it’s massively easier than writing your own module. I used it to do the AI behavior of the paddles in this patch https://www.youtube.com/watch?v=S9nUd3bn050. (Sorry to self link).

Thank you, that is a super patch and I can see how it comes together now

Thank you. That’s really interesting. I will study it to see how it works.

Thank you very much. TBH, I still struggle to follow the logic but at least I have a working model so I’ll experiment with that. Many, many thanks, much appreciated.