Any chance there will be a Mutiable Instruments Peaks clone in Audible Instruments … it’s an amazingly useful module and would be all over my rack patches for sure ! Either way thanks for all the amazing hard work VCV !

Peaks is great in a hardware rack as it packs multiple functions (envelope, LFO, drums etc) in a relatively small space when HP is limited . There is not really such a need for multi-function modules in VCV where space is not limited, you can have modules dedicated to their functions and have as many instances of them as you want. There are plenty of envelopes. LFOs and drums in VCV already so it would not really bring anything new (I do like those drums though!).

There is not really such a need for multi-function modules in VCV where space is not limited,

screen space is limited, if you want to keep an overview of what’s happening in your patch

I don’t completely agree that there is not really such a need for multi-function modules in VCV. Optimization is always a need since cpu power is not unlimited. Sure, you can use multiple instances of modules, but this takes more rack space and most likely, uses more cpu. Take Maths for example. Of course you can recreate its functions bit by bit, but that would take much more rack space and it wouldn’t be as much optimized as a dedicated code would. Plus, it wouldn’t be as intuitive as dedicated unit. My 2 cents…

I also like “complicated” and multifunction modules, they make you be more creative than most 1 function straightforward modules

Would also love to see more Mutable instrument stuff here in Vcv ! I heard rumors that Emilie is about to finish 4 new modules ! Can’t wait <3

Agree about optimisation - but a multi-function module generally only does one function at a time.

Therefore peaks can be either an envelope, an LFO or a drum synth - not all at the same time.

And an envelope that is just an envelope or an LFO which is just an LFO, will likely use less CPU than a multifunction module (like peaks) doing that job.

This has been around for a while if anyone would like to take it on to port to 1.0 (and beyond):

I don’t have a Peaks myself, but the implementation uses a lot of the original GUI code and people have told me that it works like it should (including hidden modes).

I was wondering if it is possible to try Peaks with a previous version of Rack. Is there any 0.6 build with Peaks included?

I’m slowly(!) taking a look at a v2 Peaks port here. My version seems functional, but not at all thouroughly tested nor has it all the v2 bells and whistles. Will do a proper PR once I’m happy with it. 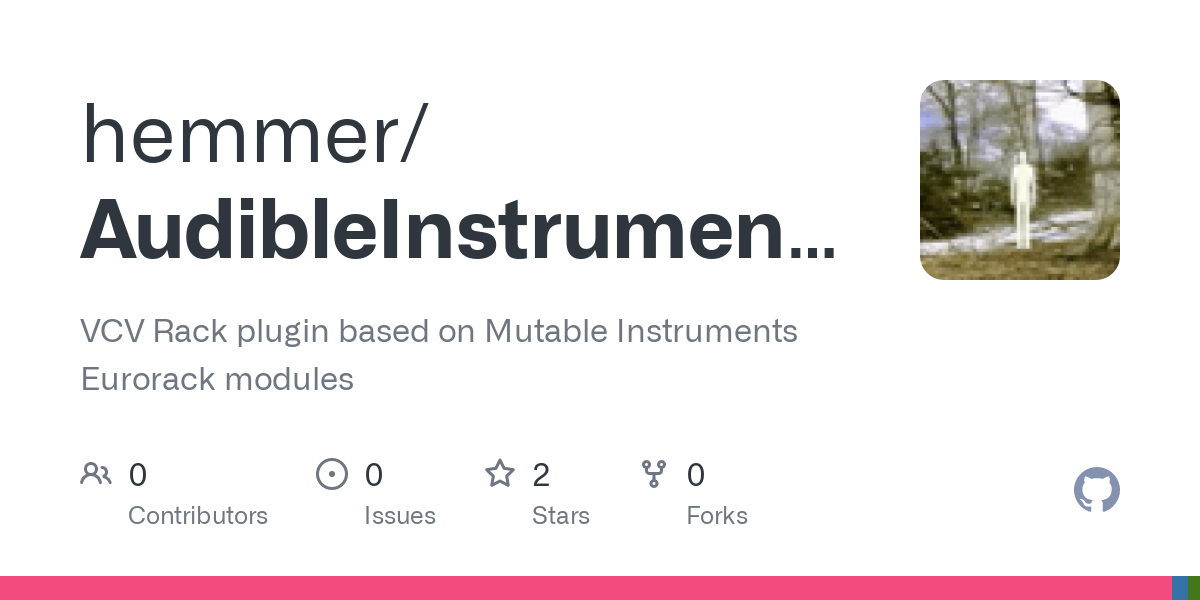 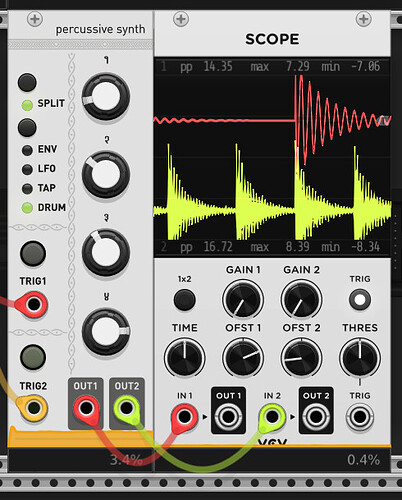 Nice! It would be cool to see it finally available as part of Audible Instruments.The port has been around for a long time, but was never released.

Note, that I never owned a Peaks module to check the functionality. I just implemented the port as close to the firmware as I could, which is a little different than other Audible Instruments ports, which take more liberty in re-implementing user interface logic.

Cool! Would it be rude to suggest a Dead Man’s Catch firmware version?

what about the drumsound alone, from peaks ? is there anything out there in VCV 2 ?

it’s an old dichotomy in VCV. Some ppl like huge modules, some ppl don’t.

not shure if the drumsound was altered in DMC

Ha that’d be fun - maybe not immediately or as part of official Audible Instruments though, would be a bit of a nightmare…

, that I never owned a Peaks module to check the functionality.

Same, just been going off of divkid videos etc!

I’ve added nightly builds to the fork if anyone wants to try it out: Releases · hemmer/AudibleInstruments · GitHub

FYI, I only learnt recently but you can do getParamQuantity(KNOB_1_PARAM)->description = "blah"; to set useful tooltips for the user

YES FINALLY PEAKS FOR RACK! Thanks a ton mate. Downloading this right now

P:S: have you considered adding control inputs? The original Mutable version didn’t but almost every modern Peaks re-issue does.

Not going to respond to a two year post directly, but I’d say one reason you may want a particular multi-function module in VCV Rack is because you’re trying out a patch that you want to move onto modular hardware at some point. It’s nice, maybe a luxury it could be argued, to be able to replicate things between software and hardware as close as possible to 1:1

I wouldn’t think that putting out a loss leader “try before you buy” module would be very attractive to anyone other than the hardware maker who will eventually make money from it. But if there are skilled programmers out there who want to do this, that’s cool.

have you considered adding control inputs? The original Mutable version didn’t but almost every modern Peaks re-issue does.

I think the best thing for the Audible Instruments ports is to retain the original behaviour. Worst case you can use umap from Stoermelder to modulate the pots. There are also ports of various non-official MI modules (e.g. clouds with parasites) so maybe a fork with extra CV would be possible later.