" You would do a module that has all the needed effects building blocks implemented and then interpolate between their routings and parameters as needed."

Yep, that’s what I want! The hard part is how to interpolate from one set of blocks to another. I’ll have a look at Intermix if I get time.

I got a vortex! Odd beast.

Okay, here’s the piece on Youtube https://www.youtube.com/watch?v=4y2t2LAyJH8. The flanging isn’t very strong but it is there. The bit in the middle between the flanging and the delay has some (unintended) vibrato. Also note that I’m doing the Steve Reich “phasing” thing again, just to add some variety to the piece.

Hi Squinky Labs, it’s unique! But sadly the hardware was flaky, and the last time I plugged mine in the noise from the input gain knob made it almost unusable. It used a cheap potentiometer which commonly fails, although I think you can replace it still. I haven’t recreated it yet, but made some great guitar sounds by following the block diagrams in the manual and using a few of your excellent Booty Shifters, fundamental delay modules and feedback loops. You can get similar sounds by just modulating loads of parameters.

I haven’t tried mine in ages. Have you tried spraying some contact cleaner into the pot? Almost always works for most gear.

Nah, it’s up in the loft in a flightcase with some other probably defunct hardware. It might clean up, but I’d be divorced if I start setting it all up in the house! Anyway, behold: the VCVortex! I made a quick video with some dodgy guitar playing. I’m having latency issues, so that’s my excuse. The ASIO drivers have become totally unstable on my laptop and started crashing after a few minutes, so I had to use WASAPI. Some of this sounds similar to the effects I used to get. I started off trying to follow one of the block diagrams in the manual, and deviated a bit when I found something I liked.

Nice work. What does the Wormholeizer actually do? I’ve never been able to get good results out of it.

I’m not entirely sure what the Wormholizer does. Some kind of time-based modulation I think, delay/pitch shifting maybe. Sounds mental if you modulate everything at once though.

That’s good. I think you need some feedback loops somewhere for the more extreme effects. If you look at the manual for the Vortex, you can create a rough copy of most of the patches using basic modules like the Fundamental delay, Nysthi pitch shifter etc. I don’t think I’ve got the time to figure out the ‘morphing’ interpolation between presets, but there’s hours of fun in taking the FX block diagrams as a starting point.

Didn’t expect the Span… I mean, appreciation for the vinyl scam/foolery here too, of all places.

I had a smaller collection, about 600, that I got rid of about five years ago. Some of them, I was able to sell. The rest, I literally took to the dump. Now, I kind of regret it, but my tastes in music have changed a lot over the years, so I’m not sure I’d play many of them anyway.

The funny thing is that since I discovered Rack, I often would rather sit and make mindless, aimless drones (which is all I’m capable of anyway) then listen to actual music.

Sorry. I’ve gone off on a bit of a tangent.

I looked at the manual and it all went over my head a bit. I’m pretty sure that my idea of what the “morphing” actually was (ie one time based effect that could be configured as flanger, chorus delay etc) was just wrong, but at least i got a youtube video out of the experience.

@Squinky old techno or hardcore/jungle im guessing? prices have gone through the roof on the old school electronic stuff.

I know this is an old patch, however have you still got it saved somewhere? I would love to give this one a try on my laptop. Go on go on, I know you like me really! I have downloaded the Luminox{?} Vortex manual, see what you mean by the block diagrams! A goldmine for Lockdown no 3 in the UK! Thanks mate.

Sorry just seen this! More than happy to share. All my patches are saved, but I’ve got 3 or 4 labelled Vortex FX in the archive, I’ll try and work out which one I used on the video in this thread and stick it on Patchstorage.com. In the meantime, here’s another effects patch: 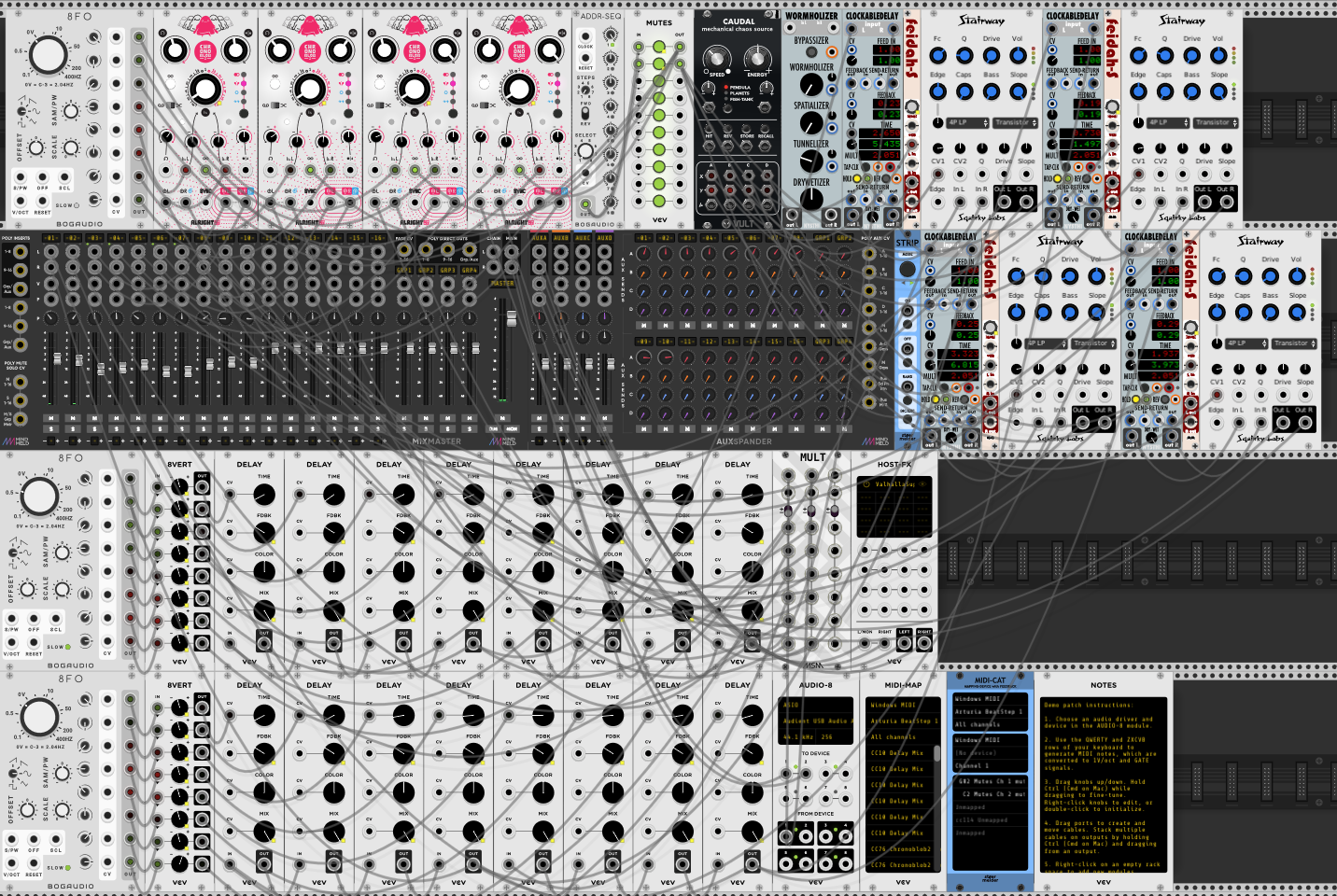 Chorus FX patch designed for guitar using multiple delay modules, also with a freeze effect and reverse delay looping. You will need to map your…