I found that the lower GATE give alway the same results as the upper GATE even if only one note is pressed. I think it’s not normal but perhaps I missed something ?

Hi @Fruklushnube,
yes, the gate section outputs of the Midi-to-Dual-CV module are normalized, as the manual says “… if only one note is played Lower and Upper CVs are the same (Useful for unison / separate OSC with optional RingMod / Oscillator sync)”.

To detect single note keys, you could for example set up some sort of comparator + logic helper patch.
The one in the screenshot below outputs +5V only when you press a single key, while rolling back to zero either when you release the key, or when you press a second key while holding down the first one, so that you are playing a “not-in-unison” bichord. 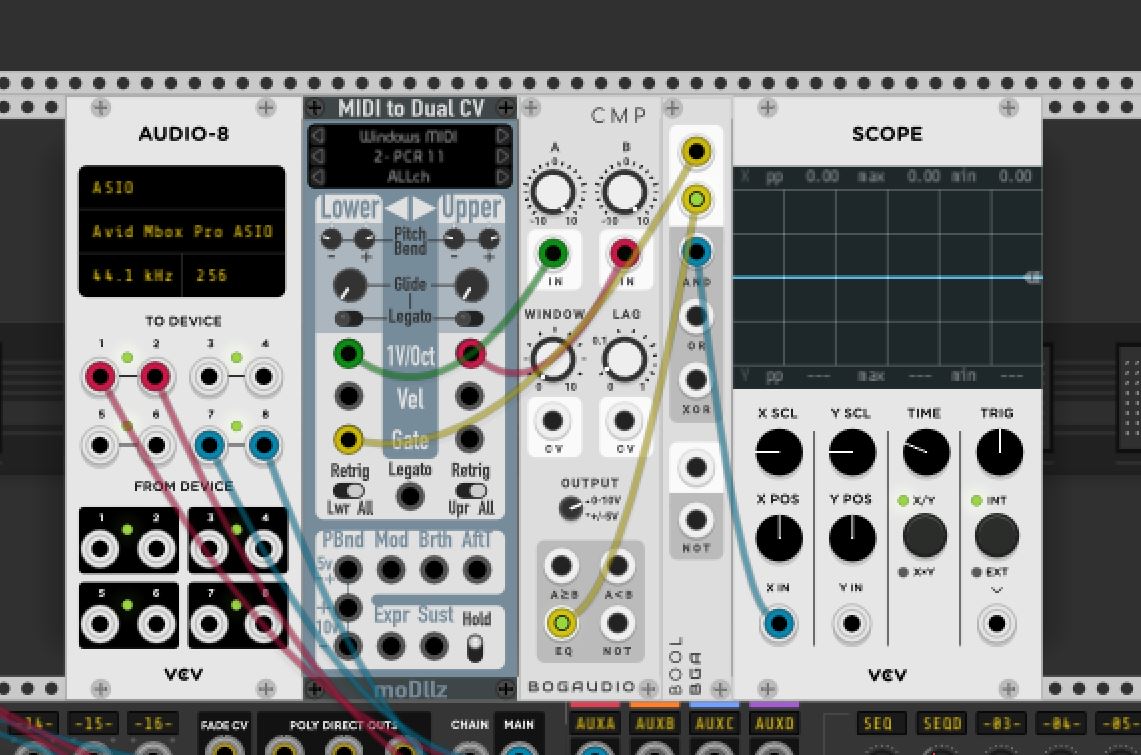 Thanks you for the tip ! Nice idea

And i just remember that MIDI is monophonic for the moment. Perhaps this is the reason why the lower gate is alway identical to upper gate

For threads about a particular plugin or module, the thread title should follow the format [Plugin and/or module name]: [topic] .

Questions and tutorials about specific plugins/modules and building patches with multiple modules. Rules For threads about a particular plugin or module, the thread title should follow the format [Plugin and/or module name]: [topic]. For example, Fundamental VCO-1: How do I modulate the frequency? Audible Instruments: What is your favorite module?