mix and submix - about summing in mindmeld mixer

from trying to put Hora’s drums on a sub-mixer and then use a single channel of mindmeld’s mixer before, I fear it will run into the same problem with level issues (mixers into mixers aren’t as straight forward as they seem)

What problems with level did you run into? I can’t think of a reason why you get level issues running the output of a drums sub-mixer (like MixMasr Jr) into the chain input of MixMaster. The stereo output of the sub-mixer is essentially just an audio track like any other.

using the chain input it works totally fine, what doesn’t work is taking the output into a stereo channel in particular. I know why, and it makes sense, but it’s a potential stumbling block for new users

using the chain input it works totally fine, what doesn’t work is taking the output into a stereo channel in particular. I know why, and it makes sense, but it’s a potential stumbling block for new users

Still not sure why going into a stereo channel would cause problems? You say you “know why, and it makes sense” - would you mind explaining please? just curious…

Hmm, okay, what I thought was wrong, I thought there was a difference between doing a basic sum and an average sum with the chain input, but there is still a sonic difference between the two, albeit now I’m having a hard time identifying what is causing it- what I know for sure is a single instance mind meld mixer with all drum tracks routed to it sounds louder (and punchier?) than either a submix going into the chain or a channel input. 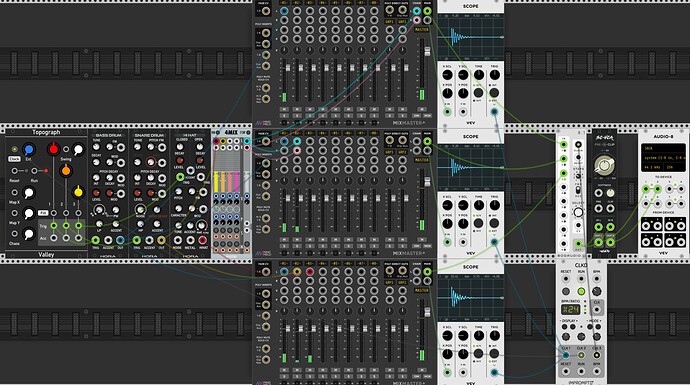 Here, I have a sequential switch trying all three, and on the bottom, all direct in to one mixer, the sound is louder/punchier.

EDIT: found part of the culprit, the high’s are higher on the all-in-one mix: 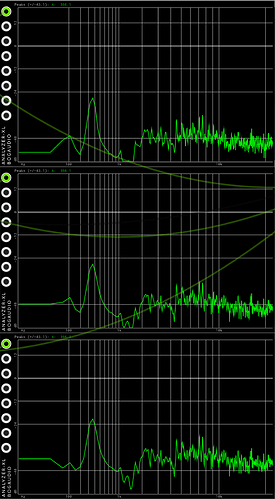 Getting OT though. If a mod can break this into it’s own thread that would be swell.

I’ve been chatting with Vega by Pm and after doing some testing, it looks like the issue here is that Nysthi 4mix appears to be attenuating the input (or possibly the output) by -6dB even when input attenuation in its context menu is set to 0dB.

@synthi - 5v input to 4Mix is coming out at 2.5v (with no input attenuation) - is this a bug maybe or expected behaviour?

and this grab is from Vega’s test 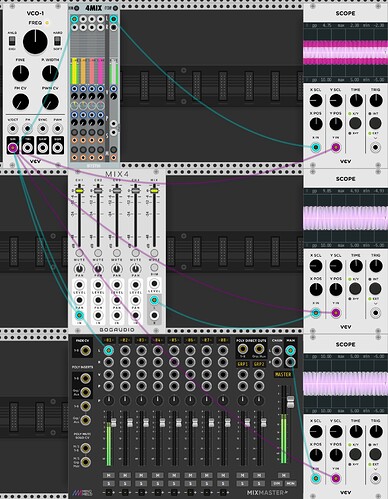 it’s not attenuating, is just treating a mono as stereo signal: if you sum R + L you should get the original level

or hard pan all LEFT and use only LEFT out

or if you want to double, input a mono to both the IN-L and the IN-R