The essence of this patch is a main looping envelope\function, of which the rise and fall times are modulated by 2 more looping envelopes, and their rise and fall times are also modulated by a smooth random signal. The main envelope is then controlling the level of an oscillator, but also triggering a s&h unit via its end of cycle output, which then modulates the pitch of the oscillator. The result is so unique and alive, ever-changing, and it’s almost like it’s breathing.
In this video, I build a Krell patch, from scratch, and also adding to it, developing it further.
13 Likes
NOrchestra (Norchestra) March 29, 2019, 4:59pm #2

Hello Omri
nice work as usual
but if I remember well, I think the Krell patch was created by Louis & Bebe Barron
even if Todd Barton is a genius

Thanks!
Yeah, the original from the movie was created by them, but the Krell patch itself, inspired by the Krell music, was created by Todd. Anyway, it’s a lovely patch, never mind who invented it

Inspired by your video… https://soundcloud.com/ananda-namaste/krell-evolution 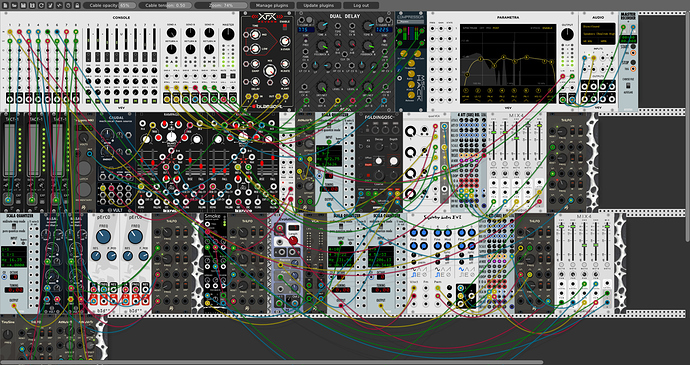 Hey, Ananda, that’s beautiful! So many textures and movement… The Krell patch is truly unique…

Hey all. I uploaded songs to my thread finally! I have 2 renditions in a tribute to Forbidden Planet there … Racking my brain! Compositions by MIchael