Is there a module that i can set scenes by having the volume of mixers fade in and out?

That was a clunky title but basically the question: most mixers have CV input for volume, and some like the MindMeld have up to a 30 second fade in option. I want to set long fade ins and outs to create scenes. There must be such a thing? I’m guessing you can do this with a sequencer actually - but that seems as clunky as my title. I’m guessing I can do it via automation in Ableton or Reaper as well but an in-rack solution would be better. If anyone has any tips on this, pls advise, and thanks!

You just need to patch an envelope or something with the appropriate times.

I use Impromptu Tact.

I am stuck at an airport for 4 hours this afternoon. I will try getting this to work but I’m a bit of a newb yet and the user manual for this puppy is minimalistic at best. Thx for posting.

Not sure this is what you are after, but here are two videos using switch matix modules to control mute scenes on the MixMaster: 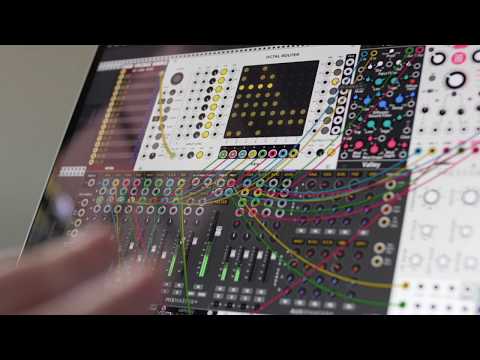 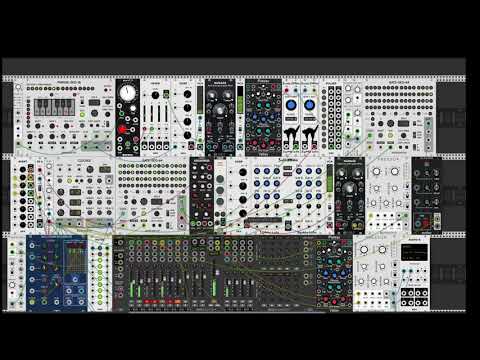 In the second video, the technique is only visible in the last minute of the video, but it should give you some ideas.

This KIND OF looks like what I’m looking for… but for 16 channels or more of faders I’d need, what, at least 8 of the Tact correct. I will play with this one too and see what I can get going. Thanks.

No I didn’t quite understand what was happening in the first video… and in the second I see no wires to the volume CV inputs. I just see the MM doing it’s fade routine. 30 second fades is not enough and I want to be able to link several tracks together for one type of scene, and then others for other scenes. (Obviously ? IE: Have the 3 linked intro tracks open with track 1 fade in to -16db over 20 seconds while tracks 2 and 3 fade in to -10db over 60 seconds. Then tracks 4,5, and 8 fade in to -5 db at the 10 minute mark (or whenever I wish to trigger that scene) while the intro tracks fade out over 1 minute. Etc etc.

In the second video, it’s using the mute CV inputs on MixMaster, which can control the fades when the tracks have fades on them, but if you need more than 30s of fade, then you would indeed need some other modules to perform the fades.

I have Tact working more or less like I’d want. I will need several of these modules of course and the VCV trigger or something similar. Wish list: A mixer based on Tact with 16 channels of CV outs and labels across the top

ooooooo… I will. Thanks.

It’s rather good. The free version will do all you ask but there’ll be an initial learning curve.

It’s rather good. The free version will do all you ask but there’ll be an initial learning curve

The manual is almost as good as the module!

I have used Frozen Wasteland’s “SERIOUSLY SLOW LFO” module successfully for several types of CV automation including mixer track levels. I like it as it is straightforward geared towards long cycles, but I typically use the MINUTES selection. I also like the PHASE setting so starting point levels can be controlled. And I appreciate the RESET input, something that is missing from some modules. I wish it had an EOC output.

I wonder how anyone would ever test if it is accurate to ‘Heat Death’, given the current state of affairs

possibly a mix of all of the above?

ShapeMaster can control 8 channels of Mutes with one instance over 128 bars (with sync on in Pro version) or over 30 minutes in free version.

Entrian Timeline can do 16 channels with one instance, synced with no time limit. It’s a little fiddly to set up though - would be much easier if/when this feature request gets implemented:

(Feature request from Steve Baker.) It's possible to use a CV clip to sequenc…e songs using the idea that everything is always playing into the mixer, but using the Mutes to decide what is heard at any particular time. But it's not ideal because you can only see what is happening on one channel at at time in the editor. A multi-channel "Arrangement editor" for CV clips would make this much easier: ![image](https://user-images.githubusercontent.com/4448057/107153550-0b2cd400-6966-11eb-9849-91159b28d0ed.png) (Big thanks to Steve for the mockup!) The CV editor would get a toggle at the top of the screen to switch between the existing “Note editor” and this new “Arrangement editor”. Each of the solid blocks is a CV note. Clicking in empty space in the Arrangement editor creates a new note with the voltage set to 10V all the way across. Dragging the edges of notes works as you’d expect, as does deleting them and so on. Connect a wire to the Gate output and you can drive the mutes of the mixer to enable and disable channels. But you might want to _fade_ the tracks in and out by sending CV curves to the Volume inputs of the mixer, rather than switch them in and out by sending Gates to the Mutes. Clicking a note would drop into the existing Note editor for that note’s channel, horizontally zoomed to that note, to let you edit the curve. You now have the option of using the CV output to control the Volume of a track, rather than using the Gate to Mute it. The CV curve for each note would be painted into its block in the Arrangement editor.