Is it possible to have a second (portable) installation of VCV Rack free?

I was wondering if it would still be possible to have a portable version of Rack 2 (with a different account). I have bought the pro version but would like to have a second, portable install of the free version, ideally that I can take it anywhere on a usb-stick, otherwise just to have an identical version to friends who want to use the free version, with a special limited selection of only free modules.

It’s not important but it would be cool to have a portable version like that, and I remember it was possible with Rack 1, although I never used it.

just so that your thread is not disappearing in the masses I will try to give an unqualified answer.

you should be able to do that with the -u and -s parameters. refer to VCV Manual - Installing & Running

and otherwise this thread: VCV Rack portable installation on Windows

hope it helps or at least animate someone else to reply

I use a bat file in the extracted rack dir

It seems it’s still enough to just create a shortcut in windows and add " -u ." to the target.

I have yet to test it on a PC that doesn’t have Rack installed, but so far it seems to work.

My shortcut had drive letters in it. I didn’t think those would be the same on anohter PC. Knowing little about windows shortcuts, I went the .bat file route instead. 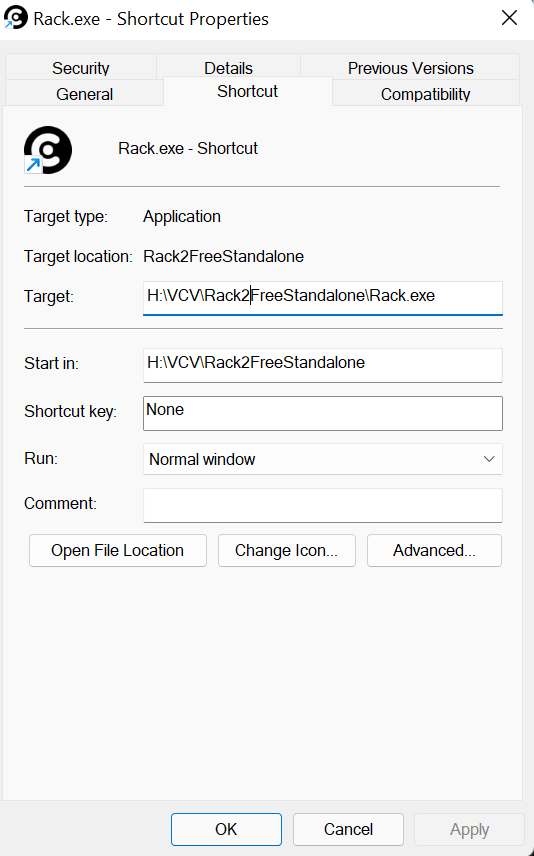 Yes, .bat file is better, otherwise you have to create a new shortcut when the directory changes.

I have made a Rack.bat file and just typed in “Rack.exe -u .” and sent a zip of the whole Rack directory over to two friends, where everything runs fine.