Is it possible to do this? Specifically I’d like to increase the contrast of the text in tooltips. I have an eye problem where I have difficulty reading low contrast text.

AFAIK this is not possible. Please contact the support and leave a feature request.

So I think you are correct there is no way from the rack UI to do this @Ahornberg but the low contrast has bugged me also so I took a look and all these things just use the theme in blendish.h

so in one of my widgets I added a

then in the constructor

and when I loaded that module my rack looked like this: 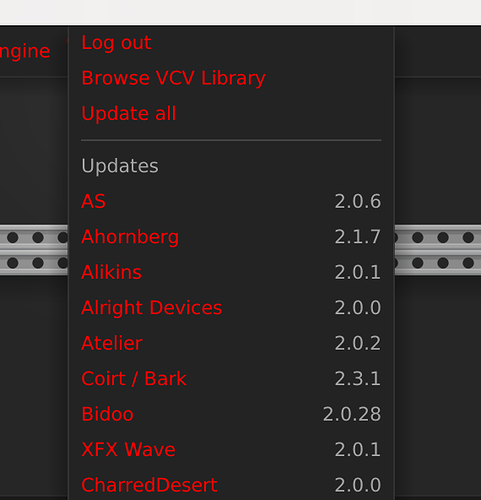 So in theory one of us could write a module to adjust some of these colors perhaps? Would involve some digging through the code to see what APIs are used. Theres some other theme points which you can get to by just tracing the code.

I’m just putting this here in case any devs want to do that. chrisgr99 - I’m sorry it doesn’t solve your problem today.

This reminds me on the module ME by @stoermelder

This module only works for knobs (and buttons), but you have to click on a knob to bring up an overlay with a good readable font size and color contrast. Unfortunately it doesn’t work for cable ports and menu items. 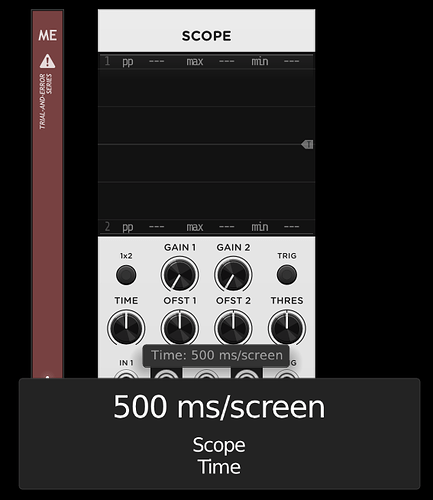 @chrisgr99 Maybe contact @stoermelder and ask for additional features like changing the color of the menu font.

But there’s one thing you can do:

The size of all fonts can be changed in Rack2/settings.json, maybe try "pixelRatio": 2.0, or more. 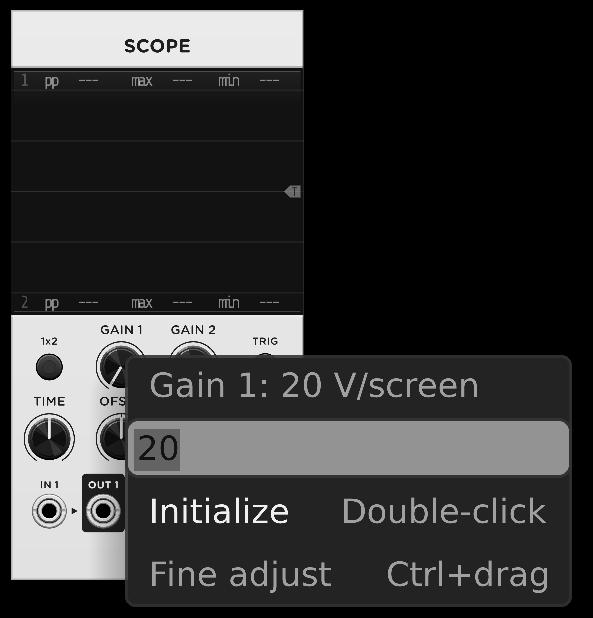 increase the contrast of the text in tooltips

Oh yes, me too! I wrote this in the VCV survey I filled out. A global setting for contrast and size of tooltips.

That would be AWESOME, if it could also fix contrast in tooltips.

The size of all fonts can be changed in Rack2/settings.json

That works well for size alone. Unfortunately it makes certain controls very wonky, like the slider controls in the view menu, so in practice it’s unusable.

That works well for size alone. Unfortunately it makes certain controls very wonky, like the slider controls in the view menu, so in practice it’s unusable.

For me it works fine on a size around 1.5 and I enjoy the larger scrollbars and sliders in the menu (I’m on Windows 10).

I’m on macOS, don’t know if that makes a difference. I’ve tried size=1.5 also but those controls still misbehave.

on a Mac it indeed does not make any diff.

For macOS, how about some of the System Preferences > Accessibility > Zoom options?

That will zoom everything (including tool tips) temporarily, but it won’t change contrast.

So I just added a little sketch of a module for this to BaconPlugs. Loads not finished with it and don’t know when i would finish but as a proof of concept it shows the idea is workable.

You can grab a nightly build from Release Nightly · baconpaul/BaconPlugs · GitHub and the module is named Contrast Editor or some such. 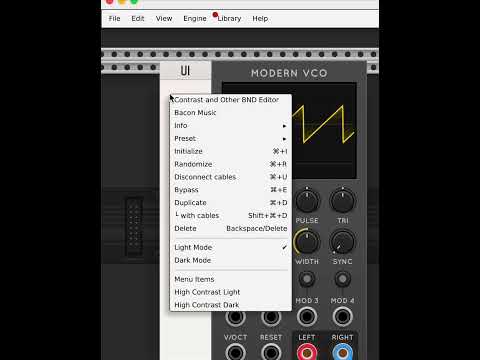 you can see there’s a lot still to do (like adjust all the colors not the obvious ones - highlights are still low contrast) and also it doesn’t save settings at all or apply them at startup or anything.

But if someone wants to either (1) take that code and make a module or (2) collaborate on that module in BP collection or (3) something else, I’m here.

Oh and here’s the source: BaconPlugs/ContrastBNDEditor.cpp at Nightly · baconpaul/BaconPlugs · GitHub

High Contrast Dark - fantastic improvement, insta-template, thanks Paul! It did crash Rack the first time but after that not.

OK well let me try and make it so it saves also (right now if you put it in your template it will still require a click per session) and modify a few more colors and maybe even put some panel buttons on front for closing themes. If i can do all that I’ll try and get it in the library?

Would love a hand if someone wants to also. Lots going on with XT 2.1 and also non-rack projects at the start of year

OK I just did a couple of little tweaks including

I’m going to stop poking at this for now. To get it finally into the library we want something on the panel and also to edit the themes and the like. The code is really simple though so happy for someone to take shot at that as i said.

Oh and the nightly has built so just update that and you will get those features.

love it thank you

I’ll drop a note to support also highlighting this to them also, in case they plan to add it soon (which would be way better of course).

An option to invert VCV module colours aka dark theme would be nice.

Why won’t they do this? Almost all quality module collections now have an option, but not VCV, even though people have been asking for years.

The basic problem is that the contrast on the tooltips is just too low. Light grey text on a dark grey background is pretty hard to read. Menu items are white - seem like having the tooltips the same would be nice. Of course user control of the theming is nicer-er.

well, they are pretty smart, so I’m guessing they have considered it and prefer to work on new features or new plugin formats instead of new skins. Just a guess, though. If you don’t like the VCV modules aren’t there alternatives that are dark?