So I wanted to mention this before to see if anyone else has the same issue. Well what happens is the moment I run VCV Rack my computer fan kicks on and the computer gets noticeably louder the entire time Rack is running. The second I close Rack the computer quiets down. Its a fairly fast computer (Windows 10) and I am not having any real problem with glitches or Rack crashing. I am actually worried that Rack is overworking my computer. Anyone have this issue? Any work around/solutions? Tips or tweaks? All the best

There is virtually no way for software to irrepairably damage PC hardware. If so, we would hear about this more often: 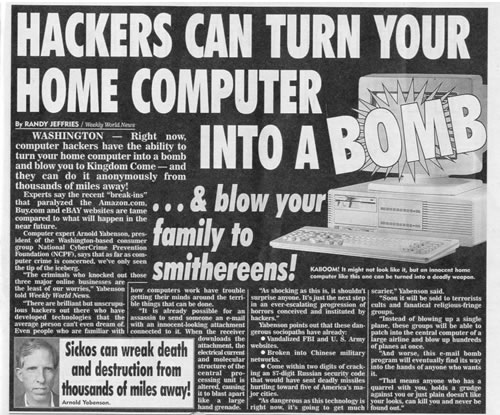 Technically speaking, you can disable power and temperature limits in the bios, apply some overclocking and burn your cpu, gpu or motherboard with a game or performance test, but these days it requires doing it on purpose.

Just find a way to monitor your temps, and google recommended temps for your hardware, then compare these two.

Great, thanks for the feedback. So it isn’t damaging to the computer, that’s good. VCV Rack is so CPU intensive can’t wait for multicore

Multicore means it uses more CPU, not less. So to decrease power usage, you’ll want to keep that feature disabled.

So to decrease power usage

OH … shux…I thought multicore was to allow Rack to run smoother, reduce latency, glitches etc from computer being overworked? Is it normal for Rack to take up, litearly more CPU processing power as all my apps, Bitwig / Reason running together? Will 1.0 be smoother?

Yes, it does that. But at the expense of using more cores, thus the name “multicore”.

For what it’s worth, graphics drivers can also be a major cause of unusual behavior (like fans spinning up with particular program combinations). So many things now use OpenGL without you even realising (Google Chrome being one of the worst culprits).

Much as VCV is relatively light on resources compared to other virtual modulars, it’s still something that functions best with reasonably powered hardware (and above). VCV uses GPU resources (if available) as well as CPU, and that’s part of reason I mention OpenGL.

Right, if you have Intel HD3000 or any GPU older than 5-6 years, Rack is not optimized for your laptop.

Anyone have this issue?

Rack runs both the CPU and GPU on a hot loop, throttled only by VSync and if your audio output plugins are connected and stalling the compute cycle. So yes, it’s normal. Try @JimT’s soft-

fork and set a low but still interactive (ex. 30FPS) rate and your computer should calm down somewhat.

Is it normal for Rack to take up, litearly more CPU processing power as all my apps, Bitwig / Reason running together?

Normal DAWs sit idly and do nothing unless they are told explicitly to do something (ex. you hit Play.) Rack is always running the entire cabinet (unless you change the engine sample rate to “pause.”) They also operate in audio blocks, either from the audio interface asking for samples (where they then run a DSP pass, hand over the blocks and then go back to idling) where Rack is permanently stepping modules a sample at a time. Another difference is that plugins tend to be slept when they are not in use, either automatically or by user option (ex. in REAPER you can “freeze” a track which turns off the FX chain and inserts a new track playing a static sample.)

Multi-threading using more or less resources depends; there is a wisdom in some circles that a CPU which is fully utilized for a short time and returns to idle will use less wattage than a CPU which is partially utilized for a longer period of time. This entirely depends on the computer though, since those measurements are based on ex. mobile processors that are constantly scaling up and down their power, and were designed power conscientiously. If you’re running that 40-core Xeon madness someone else was, it’s probably not likely that you’ll ever save any energy no matter what strategy you do (but I do not work closely with Xeons, so maybe they do have great power scaling and I just don’t know it.)

Rack is not optimized for your laptop.

That may change easily

Granted my laptop is not too many years old yet, but draw calls seem to be the #1 bottleneck (it still runs interactively off the intel integrated.)

If you’re running that 40-core Xeon madness someone else was, it’s probably not likely that you’ll ever save any energy no matter what strategy you do (but I do not work closely with Xeons, so maybe they do have great power scaling and I just don’t know it.)

The E5-26xx range of XEON’s are known for their energy efficiency and feature significant scaling between low draw, medium draw and high draw tasks. This scaling capability has increased over each years incremental changes at the expense of far lower single core performance. These chips are primarily built for the server market where both multicore performance and energy efficiency are a primary concern.

I’m that person running “40 core Xeon madness” because my workstation use is balanced between DAW use (highly multicore friendly), digital content creation (also highly multicore friendly, but it also draws on my multiple GTX 1080 Ti GPU’s for 3d rendering and simulation tasks); and virtual modular tasks (mainly VCV and Softube Modular but I’m dabling with Cherry Voltage too, to keep an eye on it’s progress). I run the E5-2690 v2 because it’s the last of the E5-26xx range to feature reasonable single core performance (it can be overclocked at reported and verified speeds of up to 4.5Ghz but I keep mine running closer to it’s standard performance of 3.4Ghz for fear of frying my system!).

All workstation use is a compromise between the different tasks one performs and hardware choices should be informed by those compromises. It’s my plan to update to a AMD Threadripper at some point in time but they still suffer from less than stellar performance at single core audio tasks (they are on the other hand killer chips for CPU based 3d rendering tasks in terms of price/performance and deliver an un-clocked standard single core performance in excess of 4.4Ghx - although as mentioned this single core performance is reported to be uneven with current generation chips).

As to how any of this relates to the OP is up for question, but seeing as you brought my ‘crazy 40 core XEON’ into the discussion, I thought I’d defend the old girls honor.

It sort of does / sort of doesn’t. I would have figured server hardware cared more about total flops for 24/7 usage than making the most out of individual watts, and the wattage argument is purely suggesting ways that multi-core can be better than single core in some ways even though total cycle count doesn’t decrease

(Although I don’t know how many people care about energy use in their cabinets anyway, so

I use an uncommon hexcore in a desktop, myself.

f does / sort of doesn’t. I would have f

I must say, i adjusted some of my power/managment settings, and I managed to cool down the fan when VCV runs… It actually seems to be running smoother, can look into some of the particular settings to help others if they are having the problem just holla. Yeah so my PC no longer sounds like an external air conditioning unit on a hot day.

I’m very, very new to this and have installed VCV for a class. I’m currently having the issue of my MBP getting hot, the fans going into overdrive and then my whole system shutting down. I have just uninstalled VCV and my MBP is working fine now. which specific settings changes helped you? I have an assignment due and I can’t get it to stay stable long enough to finish the assignment.

There are lots of tips around. @Vortico has rounded the good ones up and they are now in the manual. Personal plug: Some modules use enormous amounts of CPU, others very little. We (SquinkyLabs) never release modules that use “too much” CPU. Turn on the CPU meters in VCV and see it any modules are using a lot more than the others. Find a better behaved substitute, if possible. If you are finding that just the default VCV template is using too much, then something is wrong with your computer.

Seriously lowering the frame rate helps a ton with a lot of MBP. (Running at 15hz solves overheating and thermal throttling with my 2016 13 inch.)

you can also use a eGPU. they work in essentially loopback mode since Mojave, so no need for an external monitor.

my fan doesn’t even turn on with a late 2016 mbp when using an eGPU - quite impressive.

what eGPU setup are you using? i have a new mbp and am interested in going this route. i’m trying to keep the total cost on the low side so im not really considering the blackmagic or the higher end units. leaning towards the owc bundle. are there any other inexpensive enclosures from overseas that you know of that are worth a look?