Not sure if this should be here or in the lounge area. Just thought here it might be of value for some developers.

Maybe interesting for anyone in some form. 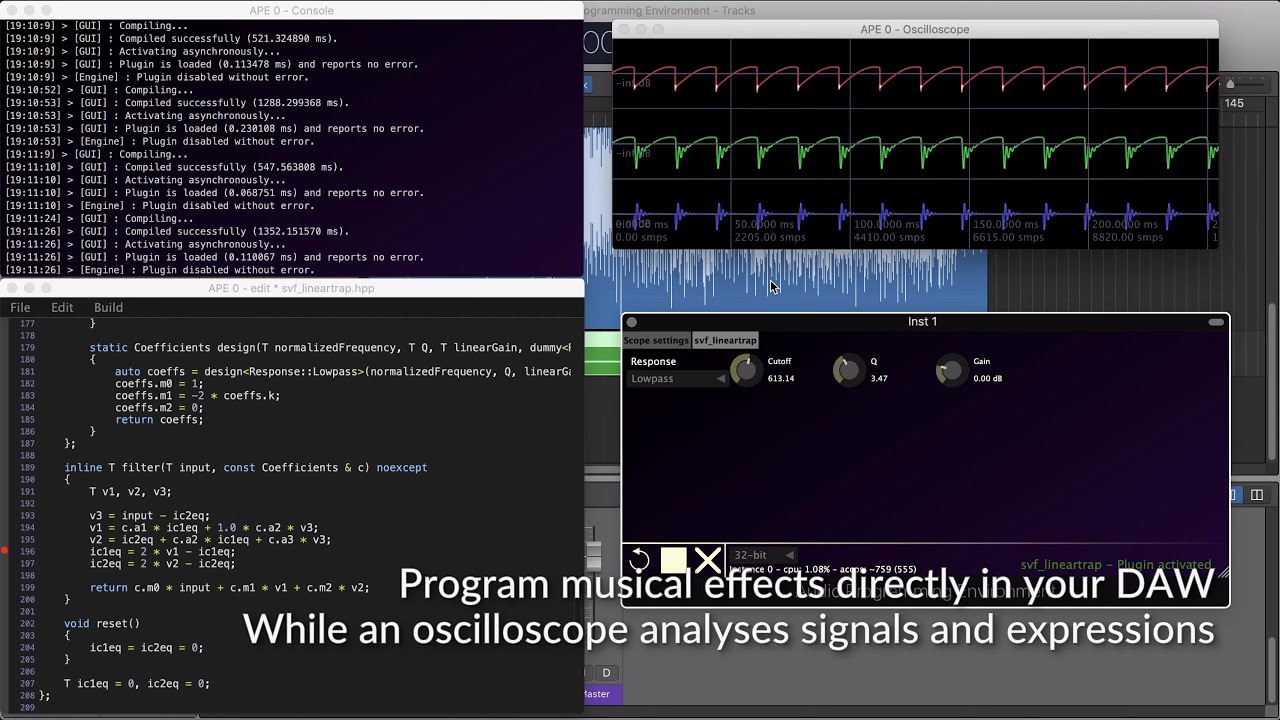 Are there Videos of some simple useful examples?

This is really interesting; thanks, @Eurikon! Going to have to play with it when I can find some time!

In addition to being worthwhile on its own I could see it being a nice scratchpad for DSP kernels that could get brought over into VCV module code. (The compile-test-update loop is already pretty tight with VCV but, at least for me, even small improvements in that loop can yield big differences).

If I end up integrating this into my nascent VCV dev workflow I’ll report back.

In the developer YT channel, there’s an interesting live-coding demo: https://youtu.be/7_jtCDy39FU
As for other running examples, and for those “not hard-coders but really-curious” type of people, probably best thing stiil is to download the plugin and try and run the effects included in the examples folder.

So interesting, quite similar thing to the Plug’n Script tool from Blue Cat Audio, yet this is free and open-sourced, a clever tool… it also seems to be a long-time labor-of-love, dating back to 2010 according to the developer’s words, and first-time appearing in 2014 inside the KVR forum, so thanks for this… signal!