So I am in the process of working on my first commercial plugin: Path Set Infinity.

I’m looking for any best practices or general advice for testing my plugin.

I’m also thinking about how and when to have other’s test it. There are a few different options I can think of:

Well, normally there are a lot of members here, who will not share any beta-releases of commercial plug-ins. I am one of those, at the moment testing delexanders new algomorph. I think this forum consists mostly of trustworthy members, so option 3 will be your best bet. Happy to help, if you need a beta test. But please provide a manual or tutorial, so we know what to test it against. Win10 here with VCV-Pro.

Myself, if I made commercial plugins (which I have considered) I would be tempted to make them open source, so I didn’t have to worry about this.

For every new package I have used the option 3. I share the binaries without DRM to a trusted group of people.

@heapdump recently released a timed beta which expired after a set time, could be another option (though I would warn people of do).

@AlliewayAudio set up a discord and asked for volunteers in vcv discord. They offered testers free licenses for the final thing which is a classy move.

I could be wrong but I actually don’t think piracy is really an issue. The Venn diagram of people who would buy your plugin and those who would obtain a leaked plugin binary probably has no overlap.

I offer a DRM-free pre-release build to people who want to test, and then given them a free license after release.

To my knowledge, no-one has ever leaked the pre-release build. If you were really worried about that, put a timeout on it (but as hemmer said, do make it very clear that you’ve done so).

I don’t recall anyone volunteering to test but then taking their free license without providing useful feedback. This community is a collection of the world’s finest people.

You can create a private group conversation here on the forum, by sending a Private Message to multiple people at once. That way, your testers get to bounce ideas off each other as well as communicating with you directly. Put out a public call for testers first, then when you have enough volunteers, start that private group conversation. You can add people to it later if you want.

Testing things yourself is unlikely to be enough. This is modular synthesis, where anything goes - I would never have thought to drive my sequencer with a 4,000Hz clock, but someone did, and uncovered a bug.

A word of warning: when you ask for feedback, you get it! Be ready for far more bug reports and feature requests than you thought possible. And when that happens, you owe it to the testers to keep up with them, so make sure you have the time available to do that (or if you can’t, then set the expectation that your responses might be delayed).

I would never have thought to drive my sequencer with a 4,000Hz clock, but someone did, and uncovered a bug

Being a beta tester (for the excellent @slimechildaudio ) has been one of the most rewarding experiences I’ve had here. I would never dream of sullying that experience by leaking the modules I had been entrusted to test. I don’t think I’m the exception - I firmly believe that few people here would. If you were concerned though, you could always take a look here on the forum at the folks who volunteer. You don’t have to accept everyone and based on what you can see and infer (past experience beta testing, helpful feedback to devs, pro-social behavior, etc), you could probably hand-select a good cadre for your needs.

hehe, that is my specialty, I still use your shapetracker ‘all wrong’ as you once said

Though only uncover bugs now and then, did test Algomorph as well as anything else someone wants to have tested by someone who just plugs stuff in to see what happens ;). Leaking unreleased stuff is a no-no indeed, and like most here seem to feel I am not alone in that

Thank you all for your advice! It seems clear option 3 is the one to go. Once I’m ready with manuals I’ll post asking for testers.

I still use your shapetracker ‘all wrong’ as you once said

If it’s any consolation, you’re not alone… 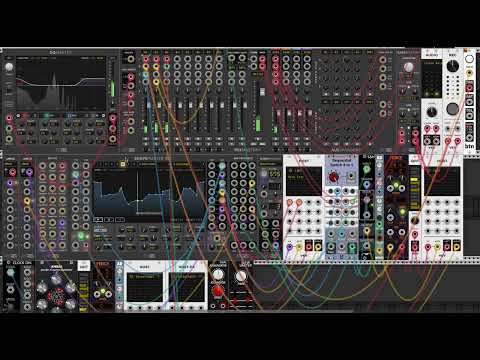