this is just an idea (I don’t know if something similar is already in VCV Rack, if yes, I am sorry) Anyway, I post it here, maybe it could inspire someone to make something similar as these little helpers in my sketches 3 x 1U modules or 1U module. 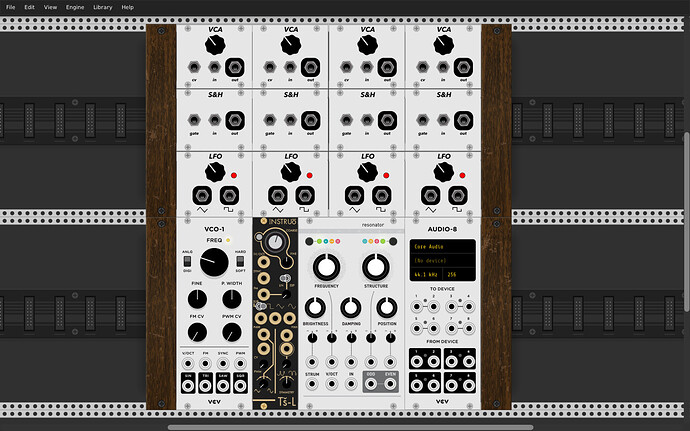 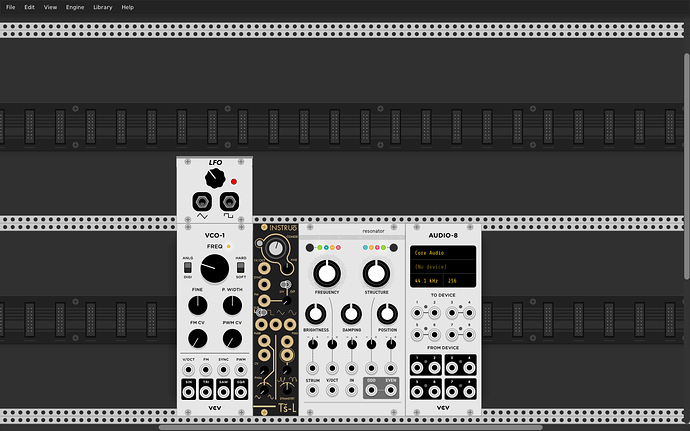 Unfortunately there’s no way to stack up single 1U modules, so the space will be lost. Better provide a CV input for changing the LFO rate.

Maybe I was not so clear, my idea was to make one 3U module divided in three sections (3 x 1U module) with three different functionalities (for example VCA, S&H and LFO). Or make one 3U module with front panel composed of the bottom part (1U module for example LFO) and the rest of front panel is just graphic similar to VCV Rack background. But I admit maybe it has no meaning to do such a modules

IMHO your combination of VCA, S&H and LFO looks nice.

Interesting idea! The module would be 3U as stated, but perhaps in the module options we could select from a list of 1U functionalities which ones we want for each of those three 1U slots.

Yep, Marc, this is a great idea imho,

The module would be 3U as stated, but perhaps in the module options we could select from a list of 1U functionalities which ones we want for each of those three 1U slots.

It’s not a hard requirement I believe, although it might simplify things for sure. It’s not easy to instrument this and it would probably not be efficient, but for each of those functions, we could have one hardcoded input, output and one knob, and for all the extra stuff that is more specific to a given 1U unit, they would have to be declared and present in the module, but then only the one for the active choice would be shown. So if a 1U has a small display for example, that display would be there, but just made inactive/invisible. The module would have to auto disconnect cables each time it hides a port too, but it could technically be done I believe.

I think of the case that the user has chosen e.g. the VCA on slot 1 and the user has already connected the cables (2 inputs and 1 output). Now he changes slot 1 to the LFO (zero inputs and 2 outputs). What will happen to the cables that were connected to the 2 inputs before switching from VCA to LFO?

It would be great!

I am happy to see your brainstorming discussion about my idea.

Yes, I’m thinking about a ‘Rack inside the Rack’ realized by a single module, where all the developers who want to create submodules can contribute. In this case, the width of this module should be defined to a fixed value, so that all submodules can be used inside this module. Maybe a submodule could have the height of 2U.

Sorry, I editied my comment above, I had left out the word “cables”

So in your example, they change slot 1 to LFO, so the module disconnects the two cables connected to the two inputs. This can be done by the code in any module in Rack.

I thought about not to create a maybe weird user experience. Compared to deleting a module in the Rack, I think this will be a similar experience. So no problem with this.

I like the idea of selectable submodules, and I have a name for the module - ‘Jinks’ (Jakub’s designer Links/Kinks)

Who wants to code this module?