Why can't I bypass any of the reverb modules

Bypassing any of the reverb modules just mutes the audio.

did you try every single reverb?

I tried Autodafe, Valley, GVerb, AS, Freeverb. Not all but many so far. And @gentleclockdivider tried Befaco. … Dintree, Surge, …, Supercell, …

(Moving this over from the Rack 2 announcement thread). Quick intro: With Rack 2 coming, modules will be able to route inputs to outputs when they are bypassed (or, in probably rare cases, do more complicated things when they are bypassed). I for one am VERY happy about this feature, as I think it’s much more useful behavior in some cases than simply blocking all output, but for this feature to be widely adopted and work predictably and usefully, the right conventions will need to evolve pretty…

Prior to Rack 2 the default behaviour was to disable the module. Some module developers have carried that forward and not adopted the newer bypass feature. You can request them to update their modules.

Even Mutable Clouds doesn’t have proper bypass yet. Last time I tried it (was connected like mono to stereo) it leaves a signal only on the left side when bypassed

In VCV bypass is probably complicated in some connections\modules…

I don’t think so. There are just a lot of quick ports out there. Basic bypass algorithm is pretty simple for a reverb, right?

If you mean Audible instruments Texture Synthesizer - bypass works OK for stereo (commit Aug 23 2021) Different opinions on whether right_out should be left_in when bypass and no right_in. I think it’s OK.

Some HW modules do the right_in = left_in for mono in hardware by wiring the jack inputs that way - some do it in software, by cloning the signal if no signal is present on the ADC for one channel / in mono mode. 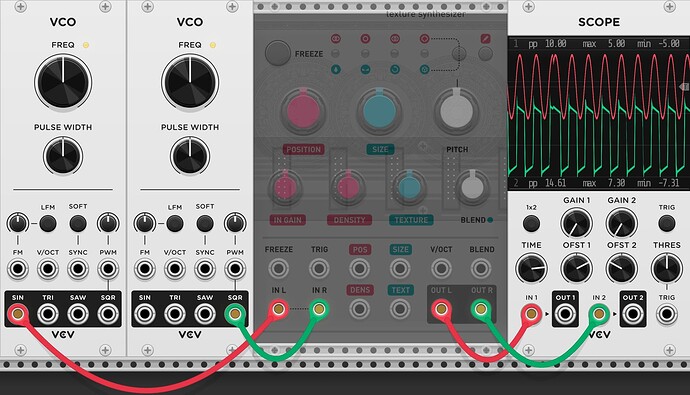 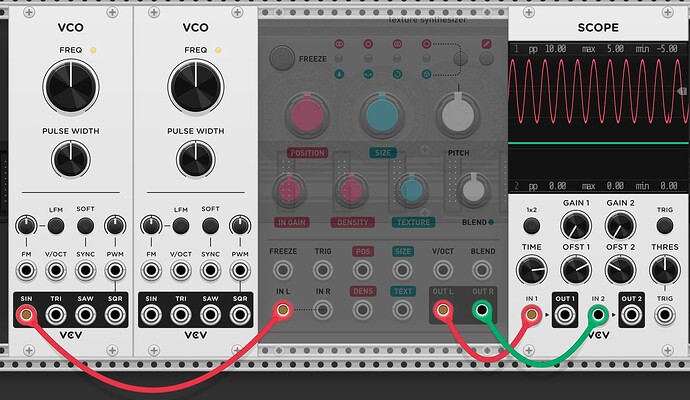 Yes. Nysthi’s bypass does seem to work. At least in Ambuance and MVerb!

There is actually a defined thing in Rack for this, and all we need to do it declare the bypass routes in our module’s contructor. Here’s what it looks like in our EqMaster:

What about a workaround if you use the reverb as a send/return FX on a mixer? Then you can either mute the return or every send for every channel if you want to have it bypassed.

Until this v2 functionality makes it to all modules, you could use Vult BYPASS or SEND.

It’s really easy to implement the bypass feature in VCV Rack 2. If it’s not working, the module developer didn’t add it. You simply place the following code in the module constructor (but replace the function arguments with the proper input and output IDs):

Ute the return is how one would normally do it, right?

That of course one could do, but it’s not the same. Well luckily there are some reverbs that support the bypass (like ChowFDN, Nysthi), and evetually all the rest will support it one day.

The point, however, is that if a reverb is on a return you would want it to shut off, not “bypass”.

True. But does not help, when the reverb is part of a particular sound.

that point that the original poster made, that you are trying very hard not to understand, is that “turning off the reverb” means different things depending on how the reverb is used. I think that is what you are saying, too. I, myself, have no opinion about this.