What does wikipedia say is a "computer programmer"?

A computer programmer, sometimes referred to as a software developer, a software engineer, a programmer, or more recently a coder (especially in more informal contexts), is a person who creates computer software. A programmer's most often-used computer language (e.g., Assembly, C, C++, C#, JavaScript, Lisp, Python, Java, Ruby, Swift) may be prefixed to the aforementioned terms. Some who work with web programming languages may also prefix their titles with web. There is no industry-wide stand...

Hello. My name is Lars and I’m a programmer

Where I live, and in the organisations I’ve worked in for the past many years, they usually refer to us as ‘developers’.

My official job role title changed recently to Senior Applications Development Officer which I suspect was done just to create the acronym SADO.

Did the ‘officer’ part make you straighten your back a bit more?

How old is a ‘senior’ these days?

Old enough to have bad lower back pains if I straighten up. Officer comes with the territory as it’s a local government (council) thing.

When I started writing C code for a living (1989), I made my title, “I, Programmer”. Somewhere in the past thirty plus years, the norm here in the Bay Area became “Software Engineer”, which at first sounded stuffy and self-important to my ear, but I eventually grew into, although my business cards still said things like “SVP of Avoiding Responsibility”. Now in certain circles here you can just say SWE (pronounced “swee”) and get knowing looks.

For 13 years, my title was “Systems Engineer” in my industrial role. That was a good title since my work always involved software and hardware. For the next 6 years, I called myself a “Game Engine Developer”. Then I was a “3D Animation Programmer”. Then I was a "3D Animator’. Eventually, I ended my working careers as “Director”. But, I’ve really always done R&D. Titles are strange. I call myself a physicist, but academics do not agree since I only have an M.Sc. in physics rather than a PhD. I have absolutely no education in computer “programming” as when I was in college, that meant punching mainframe cards and carrying a box of them over to the mainframe on campus and getting back a thick stack of paper a few hours later. I did a lot of that. FORTRAN!

I should probably identify as senior serial troublemaker - semi-retired

Hello. My name is Lars and I’m a programmer

[people in a circle in unison] “Hello Lars!”

The Wikipedia entry for “programmer” is flexible enough to allow me to refer to myself as one. But having met some people who are in fact (and occupation) programmers I would not call myself one.

But hey, look at how Wikipedia defines “musician”.

For many years I was literally a “card-carrying shaman”. Long story…

I was also a “programmer” in the spirit of John Lilly’s book “Programming and Meta-Programming in the Human Biocomputer”… another long story, and “A Separate Reality”.

My official job role title changed recently to Senior Applications Development Officer which I suspect was done just to create the acronym SADO.

lol - this made me spit my morning coffee out!

Someone who interacts with a sex robot?

What would we call those who created / programmed the 1969 Apollo Guidance Computer? 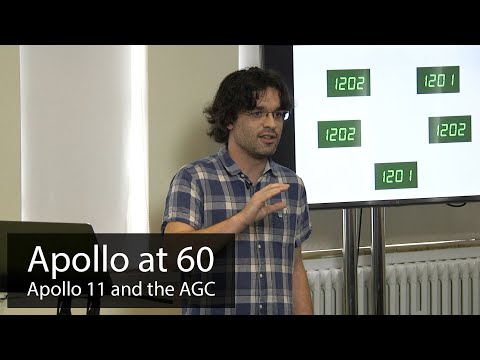 I think ‘legends’ is apt in their case

“Programmer” when I was still in college in the early 90s.

Then I did a run as an Onsite GameMaster – there wasn’t serious programming involved, but scripting and creating content for an online RPG as well as doing operations stuff during the late shift. Then Software Developer. Then Software Engineer.

Then I switched companies to one that develops software for aerospace engineers, so they called me a Developer again. Until they decided we are all engineers after all. I don’t recall now whether I’m officially a “Principal” or “Senior” Software Developer, but I’m the one that’s been there the longest and is expected to know everything

A “computer” used to be someone that was good at math and would make calculations for a living.

(the majority of “computers” at the time where actually women. same with the early days of software development)