When I click on a patch that is on PatchStorage.com, the VCV Rack can’t find my Vult modules so I have to put them in myself and figure out where they are patched.

There are free and paid versions of some Vult modules. Maybe you don’t have the right version of the ones in the patch?

What Paul said is likely it. But if not, were the original presets created with the 0.6 version of the modules? If so, you may need to edit the version number in the preset files.

edit the version number in the preset files

How do you edit the version number of the preset file? Do you right click on it and hit properties and then go from there?

Listen to Andrew, he says it does nothing. I swear I had to do some editing of older preset files to get them working with 1.x but It’s been a while and I could be confusing what I was editing and/or why. It’s been a while and memory is a fuzzy thing. Plus, Andrew is the VCV Rack developer so he would definitely know better than me.

If you definitely have the modules installed and it’s still not working you can try editing them in a text editor and making the header info for that module look like the header info for a preset saved with a newer version. Again, probably won’t work (Andrew would know and he says no) and may not sound the same even if it somehow did. But if you’re desperate to try I guess it couldn’t hurt as long as you keep a backup and might be willing to deal with crashes (in a worst case) or it not working as expected (most likely).

do you have both the free and paid versions? shared patches often use the free versions to make them easier to share. you can ID the free version by its little notch on the top right. 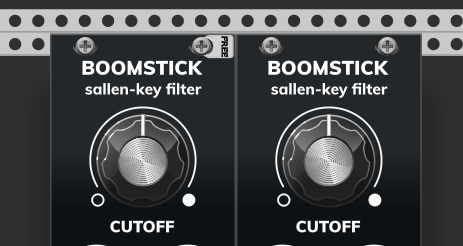 if there’s something you have to edit in the file, it’s probably replacing VultModulesFree with VultModules, or the other way around. the .vcv saves are text files in json format, you can edit them with any text editor.

Maybe if I buy the Vult Premium and Vult Compacts it will automatically start including them when I open up the patch. They both indicate they’re for version 1.6 which is the one I am using.

Have you a link to the patch? someone with Premium Vult can easily check if they are not the free versions.

(just open the patch file with any text editor
and replace the “VultModules” with “VultModulesFree”
and save the patch maybe with a new name.)

Rack displays an error message on patch loading if some modules are not available. I don’t think any speculation is needed or helpful advice can be provided as long the content of this message is not known.