Hey there! I have been putting together my own version of the Pin Electronics Hornet Synth, which is based on the EMS Synthi A, using mostly Vult modules. I seem to be obsessed with pin matrix synths lately, they are such inspiring instruments with a lot of surprises hiding inside!

The interface of the Vult Hornet is a lot more compact than the EMS VCS3 I posted a bit over a week ago, which makes it very nice to work with. I am still in the process of getting everything perfect before uploading the patch in this thread, but in the meantime I recorded a video having some fun with the slow sine and ramp of oscillator 1 modulating the triangle wave of oscillator 3 which in turn modulates Oscillator 2, creating all kinds of arpeggios, combined with the trapezoid envelope shaper the craziest melodies arise. The simplest version of this is shown below, taken from the EMS VCS3 User Manual: 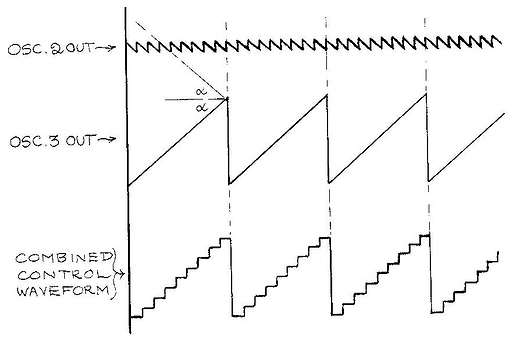 A lot of thanks to @modlfo for his awesome modules! (And of course to all other developers, but Vult clearly plays a leading role in this patch!)

I know you have put a lot of work into these VCV rack set ups. Is it possible to download this patch? So I can have a play around with this! I know it was nearly a year go. It would be much appreciated. Thanks

Thanks mixer, I have already downloaded that patch and some of the other versions of the EMS-VCS3 created by deev, the man is a genius for creating these! Just that the Vult Hornet looked more compact, did it reach the patchable stage do you?