I have noticed, that the VST3 plugin is not receiving Midi CC in Reaper (not tested other DAWs). Only Midi-CC1 and pitchwheel can be used.

In the VST2 version all CCs are working.

Can someone confirm this problem?

That was broken prior to 2.2.1, but should have been fixed in 2.2.1. It works for me - I add a MIDI CC-CV and a scope, click a parameter number, wiggle a knob on my MIDI controller, and the signal appears on the scope: 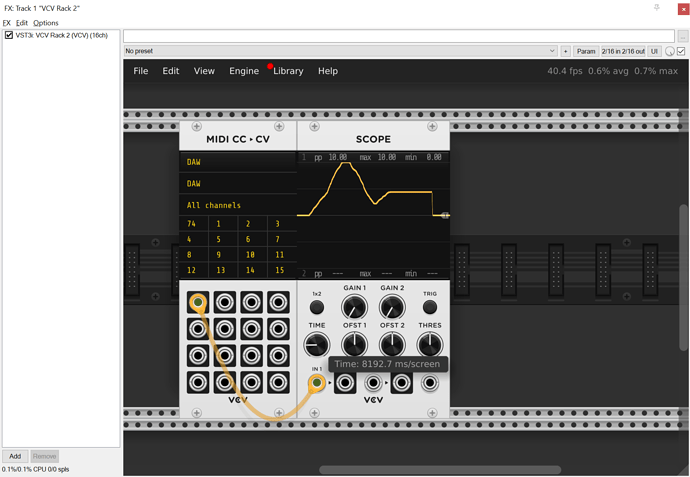 There have been reports that the installer doesn’t correctly overwrite prior versions of the VST3 - could you try deleting C:\Program Files\Common Files\VST3\VCV Rack 2.vst3 or equivalent and re-installing 2.2.1?

That’s not how I read “the VST3 plugin is not receiving Midi CC”… @rollmotz, could you clarify, ideally with a screenshot? (If reinstalling doesn’t fix it, that is!) 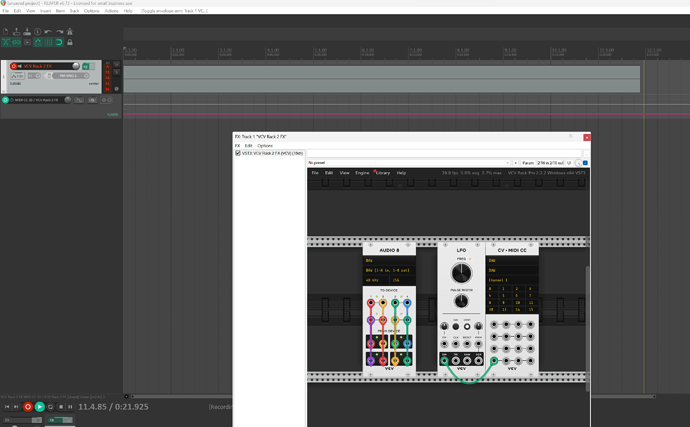 It’s probably configured here, but I haven’t figured it out yet. 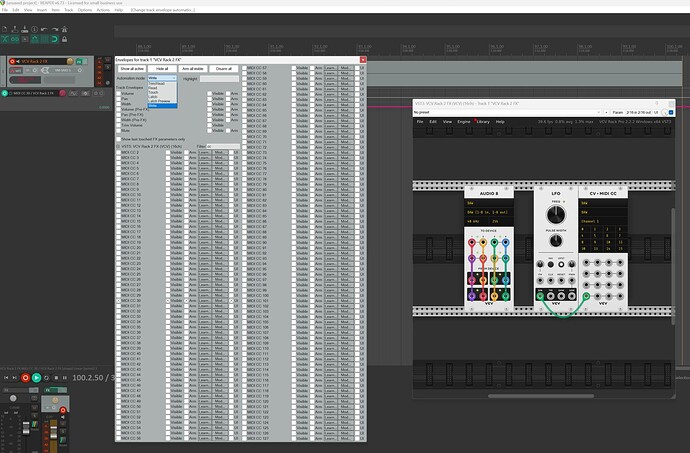 I don’t know about VCV specifically, but I know all VST3 plugins used to have trouble sending out MIDI cc messages. I think Steinberg made some hack available, but not sure if it made it to VCV.

FWIW I’ve only been using the VST2 but I know that’s not an option for certain users depending on OS/DAW combinations.

The other thing I’d try if I were the OP is the non FX version of the Rack plugin just to see if you can route the MIDI (and cc) out from that successfully.

Thank you for all responses. As @Richie suggested, I have reinstalled VCV Rack, and then it was working.

There was an issue replacing the vst3 plugin, during installation:

After I deleted the file C:\Program Files\Common Files\VST3\VCV Rack 2.vst3, then the installation was successful. And the vst3 version of the VCV Rack 2 Pro Plugin can receive Midi CC now. I have tested with MIDI CC - CV Module.

The other thing I’d try if I were the OP is the non FX version of the Rack plugin just to see if you can route the MIDI (and cc) out from that successfully.

I tried this before, but there was no difference. 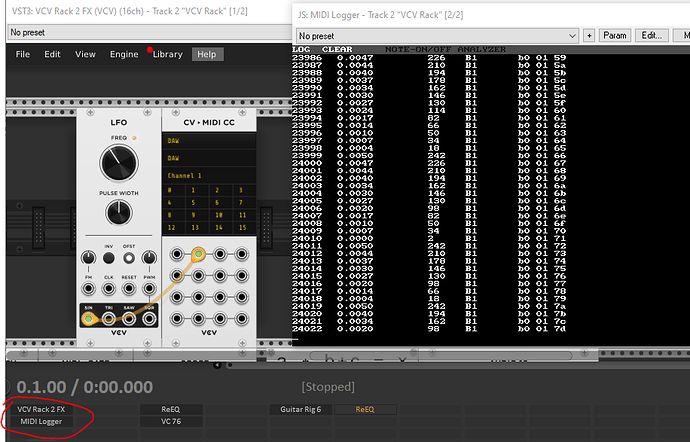 Now I have tested to send out Midi CC from vst3 plugin (fx and instrument versions), and there only CC1 is working. The Midi Logger shows the generated CC1 from the LFO. On the VST2 versions it works with every CC.

The only way I could get MIDI CC out of the VST3 was to use BlueCat Connector in VCV Host in the VCV plugin and then another instance of Connector on a new track in Reaper and get it to send the MIDI from that to the instrument I wanted to affect. Even then it didn’t map directly because what I assigned to CC50 on the HOST ended up being received on the instrument as CC14. Very odd behaviour!

Edit: I think I understand a bit more after digging into this. In VCV Host if use a BC Connector and right click on say top left of the blank parameters to add one, you are presented with a big list like this… 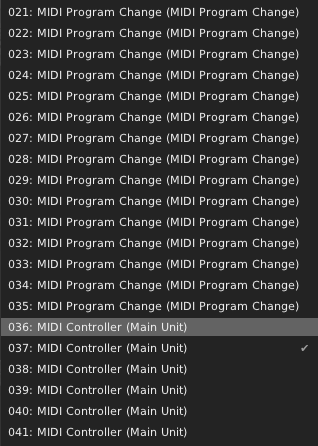 …and if you scroll down to where you see parameters described as MIDI Controller (Main Unit) it seems these map to MIDI CCs and are in numerical index order so the first one (036) would map to CC 1 if that was mappable and not already used. By going to 050 as I did that mapped to CC 14. And you can just take 36 from the number on the left to find which CC it will map to.

A bit esoteric and only of use I guess to people who want to map CCs and own the plugin, VCV Host and BC Connector AND can’t just use the VST2!