Use any instrument or effect VST 2/3 plugin in VCV Rack and modulate parameters with CV. $30. Free update for previous VCV Host owners. https://vcvrack.com/Host 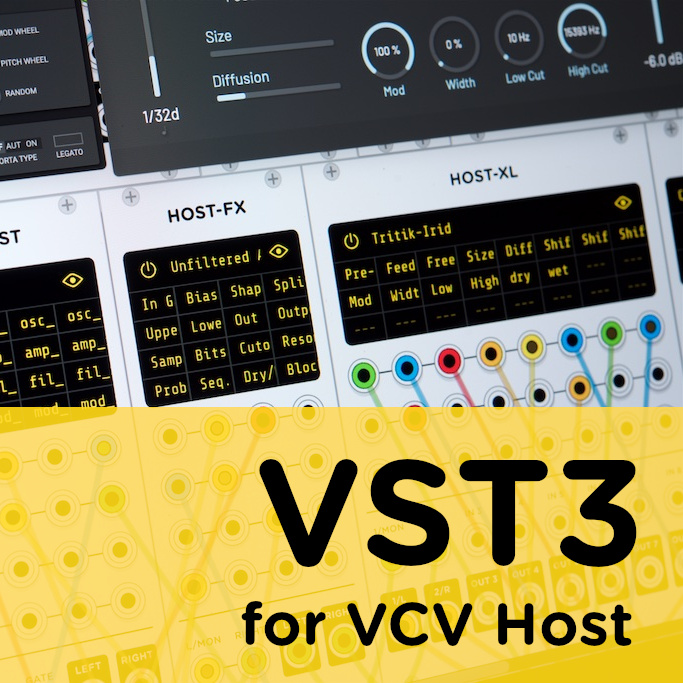 That’s amazing news! I will have a play around with this

Yes! Just tested it and managed to get instances of Reason Rack working in HOST, HOST-XL and HOST-FX simultaneously!

This opens up a lot of fun possibilities bringing the pseudo-randomness both environments have to offer each other. 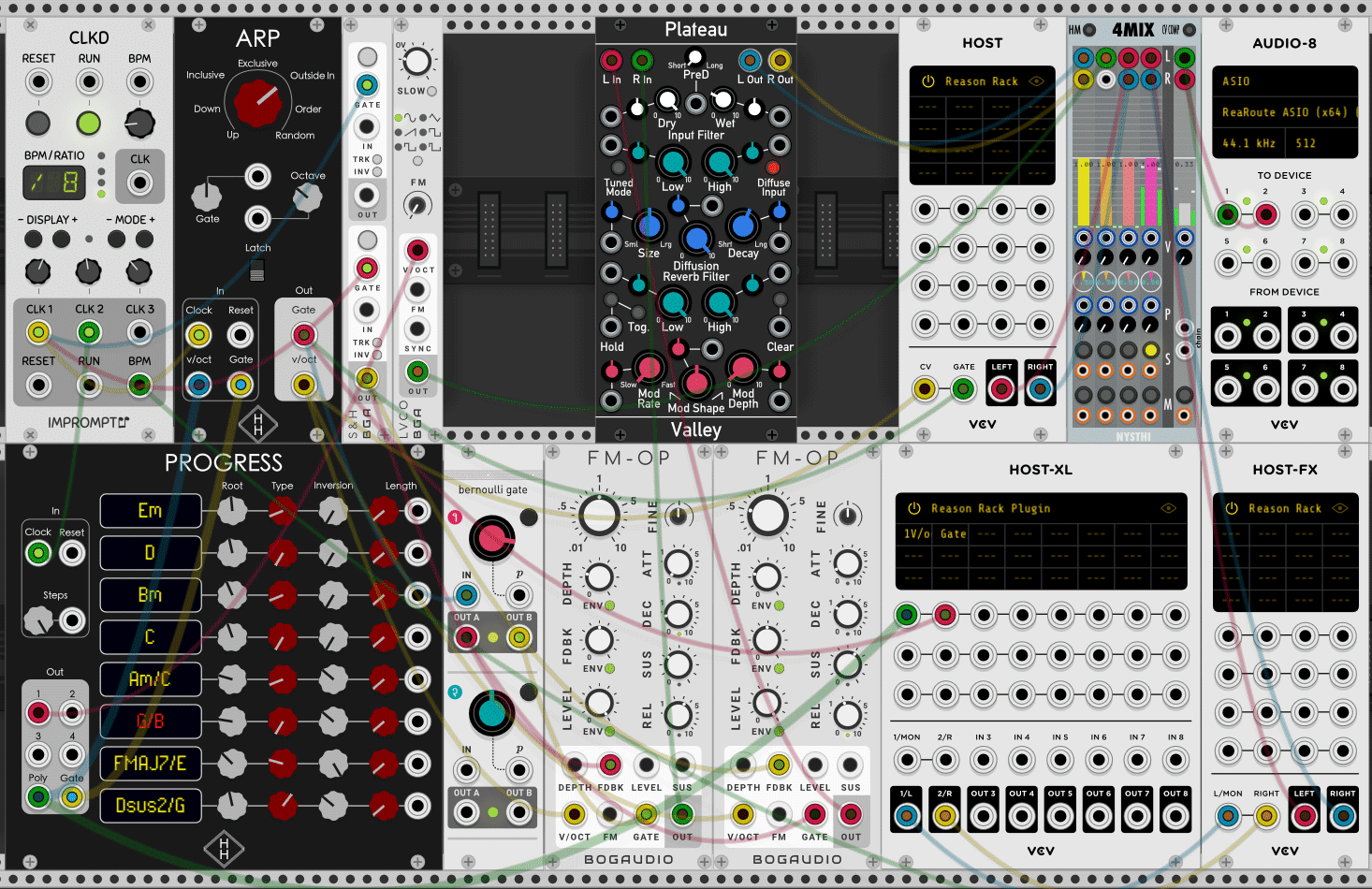 Thank you Andrew and your team for this amazing update!
Are these options (“Force high-DPI scaling” and channel assignment) also new? I never noticed them… 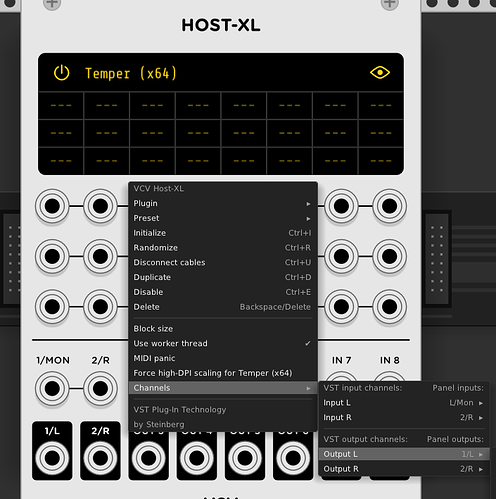 The VST3 support is a nice addition because new plugin developers (since end of 2018) can’t distribute VST2 plugins anymore because of the changes in Steinberg’s licensing policy.

By the way, it would be nice to see in the plugin name search results a distinction between VST2 and VST3 plugins.

This means Surge and Odin and Reason Rack in VCV Rack! My music machine has just become unstoppable.

Here’s a bit more about what that Channels menu does:

Do you think it would be considerable to add MIDI support to directly map any number of controls of a VST directly to a MIDI controller, or, even better, to make the controls directly visible to MIDI-MAP and MIDI-CAT?

no worries if not, I guess I might need more MIDI controllers first

Richie did a fantastic job to specifically accommodate Reason 11’s weird UI and behavior - you will find it a perfectly seamless experience, unlike the various hacks I posted (and will now be able to remove) in my thread about Reason integration.

It’s only a perfectly seamless experience (I really hope that’s true!) because of lots of testing and feedback from Aria and others - big thanks to everyone who helped with testing!

…to make the controls directly visible to MIDI-MAP…

Isn’t this pretty much the same as wiring them to MIDI-CV…? Am I missing something? 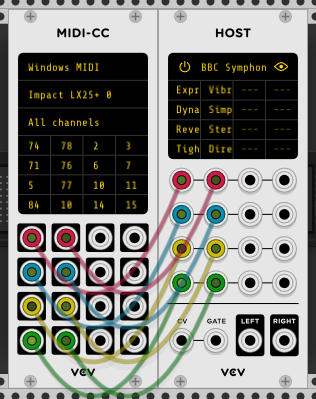 Basicly yes, but if I want to control the whole synth I need more controls

It’s not an important feature, but might be nice sometimes.

Maybe an expander module could happen that adds more audio I/O and CV slots…? (Or maybe just a new Host XXXL module that has an insane amount of those built-in…

nah… that would probably stop the fun before it begins…

if it’s easy to do it I think it could be a nice addition to make the controls visible to MIDI-CAT, but if either the coding or the mapping is difficult it’s probably not worth it, because likely not many people would use it.

I made a synth in Reaktor once that I can completely control from a BCR2000 without touching the mouse, so this might be nice to have in Rack for me, but if it means connecting 76 cables from 5 MIDI-CC modules after choosing each control from a dropdown menu I’d just get a stiff neck and a headache