Here is how it looks in action: 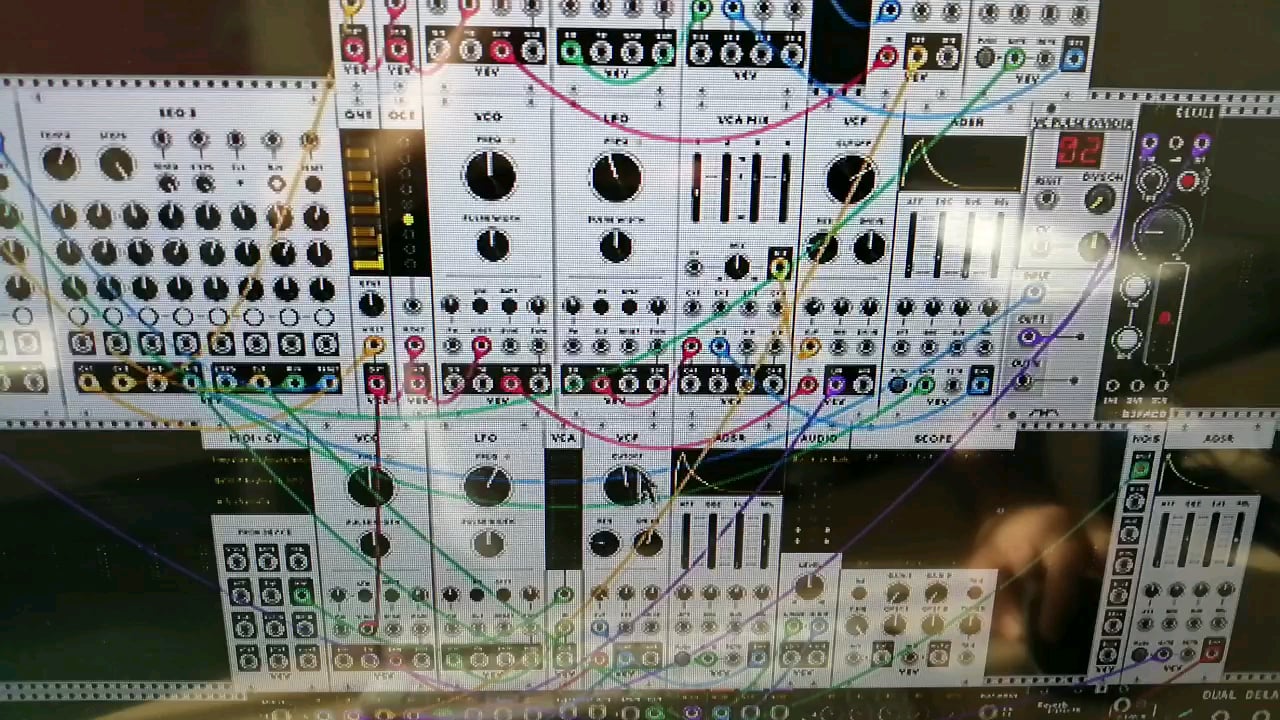 NOTE: Unfortunately due to possibility of breaking the license terms I need to take down the binaries. I will think how to distribute this in patch form only.

Merry Christmas to you all !

do you have the sources you built this binary from somewhere or the patches against regular vcvrack?

btw. might be interesting for you - my vcvrack v1 linux/arm build: GitHub - hexdump0815/vcvrack-dockerbuild-v1: docker based build for vcvrack v1 on armv7l, aarch64 on ubuntu 18.04 and raspbian … you can use simde instead of sse2neon - it is more complete … maybe interesting too: the sonaremin - a bootable sd card image to run vcvrack: GitHub - hexdump0815/sonaremin-ng: sonaremin next generation :) - "vcvrack in a box" or "roll your own synth"

Time for some enterprising soul to stick a Pi4/400 into a eurorack module with some kind of ability to load vcv patches, with physical CV i/o and a link to customised front end/interface / OLED display ala Ornament and Crime. This can’t be far off

Hey hexdump! I have known about your project since quite long, and advertised it as appropriate whenever I could, though in a parallel to your effort and unaware of it I ported VCV 1.x to ARM myself quite some time ago, but never was very public about it. I use sse2neon because it is so much simpler and I’d rather add the missing intrinsics there than using the much more complex SIMDe project. I do have the patched sources, but they are still messy, meant for internal use only so far. I will clean them a little and put them on my github soon. You can still find them on a telegram group called “The Patch Bay” - hosted by Vega Deftwing - one of the VCV plugin developers. What you may be interested most likely are the optimization flags I used. I compiled almost everything with LTO, and I am pretty satisfied with the performance so far.

did you maybe compare performance between non-lto and lto builds? might be interesting to know how much of a difference it makes …

Haven’t had time for performance comparisons so far. I just threw in all possible optimizations I could think of - had some prior experience compiling all opensource id software games for the Pi so that helped. Compiled with gcc 10 on 32 bit Raspbian Bullseye. I was pretty surprised that I can use smoothly around 30-40 modules (of course carefully selected) and even some heavy ones (Squinky labs) with 44 khz sample rate and 512 samples buffer (10 ms latency). When I go to 24 khz I can use even more modules while multitasking and at the same time playing youtube videos, etc.

… btw. in my experience going from 32bit to 64bit gives about 10-20% better performance on the same hardware with vcvrack - i do not remember the exact numbers, but it was somewhere in this range and it is quite a difference … looking forward to your sources/patches and compiler options used - btw. i also experimented with different optimization options, but the gain usually was very low - maybe 1-2% if at all and sometimes it even got worse …

UPDATE: Compiled some more modules to get to 1393. Also built and included the VCV Recorder. Use the same link

It is incredible that you did all that work and share it. A really big thank you ! I have a rpi4 I wanted to use for my live setup, I would be more than thrilled to be able to port a few simple patches on it, it is a dream come true ! What OS should I install on it ? Right now it has the basic Raspbian (I use id to play a video in loop in an art show, really basic setup to have it play and looping at startup). What else should I install ? I was using a CM6206 for sound, with ALSA, would that work with VCV ?

You need stock 32 bit Raspbian Bullseye - the official OS for the Pi. Alsa, Pulse, Jack all work. I get the lowest latency with ALSA around 10 ms (512 samples buffer). But I use a very crappy Behringer UCA 202 interface to match the low costliness of the Pi. I don’t know about CM6206 but if it is USB class compliant, I don’t see a problem.

UPDATE 2: I managed to get some of the Valley’s plugins to work (after a very ugly hack that I am ashamed of ). Basically I was so impatient to make Plateau work that I added a software implementation of the missing intrinsics in sse2neon. So Plateau works OK now, and maybe I will release it only in a binary form - the other synth plugins compile but don’t function properly. I need to make proper neon implementations of the missing intrinsics - but I will leave this for another night.

Might you be aware that the Cardinal wrapper already builds for ARM? Some extras related bits here.

Completely aware, but it serves a different purpose - it is meant to be a DAW plugin. Also it is based on the 1.X VCV tree. My current goal is to have an efficient, 100% opensource and stable standalone VCV 2.x version for ARM - Raspberry Pi 4/400 being my first target, M1 and such for a later stage.

But it does wrap Rack 2 and can be built as standalone?