Valley Plateau much louder in v2?

Omri mentioned he thought Plateau in v2 was much stronger/louder than v1 in one of his streams.

I’ve been thinking the same thing and just tested it compared to V1 with a simple pluck sound from FM-OP - Plateau used inline after it in initialised state. 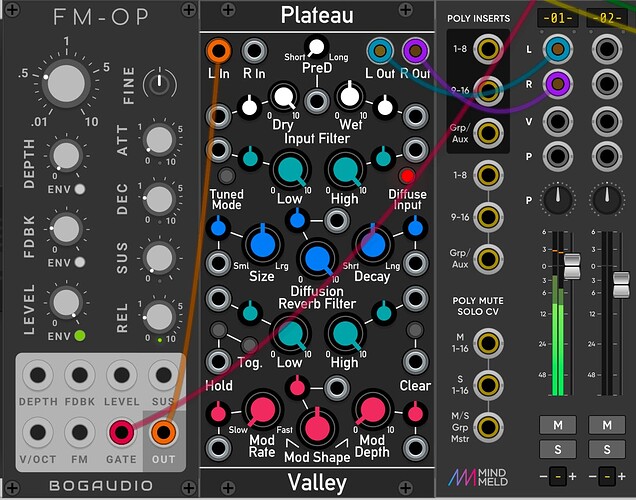 In v2 it is much louder, sounds distorted and is clipping the mixer, as in this image (from Standalone): 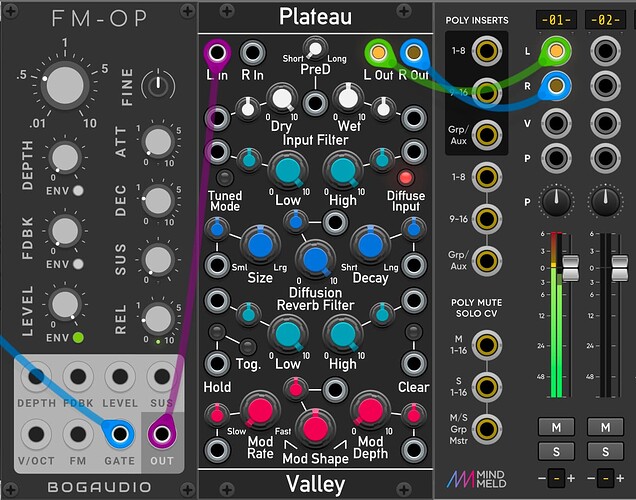 Have you checked the input sensitivity setting when you right click?

I hadn’t but It’s in initialised state - I just checked and input sensitivity is 0dB in both.

After recreating my V1 template in V2 and setting up Plateau as a send in Mixmaster I noticed this too and checked it along side V1. V2 is louder and more intense at the same send value in V1

even with the -18db input toggled the new plateau is really loud. it starts clipping/distorting at 30% wet 0% dry output. not good.

As a send effect Plateau was set to 100% wet in my V1 patches; had to lower the wet setting and also lower my mixer sends for V2.

Alright, there is a pattern emerging here so most likely me screwing something up in the DSP and failing to notice it. You see, in preparation for v2, I actually rewrote the core reverb algorithm to use block processing and also make the code cleaner. However, it looks like I may have messed up the gain staging.

I’m “away from keyboard” right now, but will get on it ASAP and get this patched in 2.0.2

I just been checking as well, thanks for pinging Steve.

In standalone indeed V2 is hotter on the wet output @ 0db 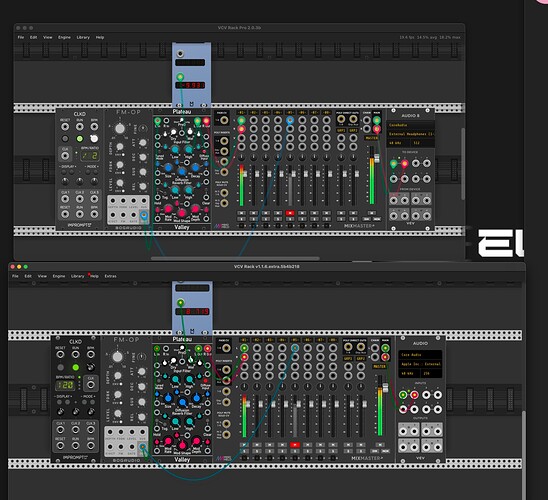 Next going to check in the vst, funny in my perception the reverb sounded softer in the vst when used as send fx.

Will check now to hear, if that is still what i was perceiving.

edit:
Ok i understand now why i perceive it as softer in the vst, where i used it as send effect.
The hot signal is essentially also clipping in the send chain, therefor muffling out most of the reverb itself, making it seem as if it was softer in my perception. 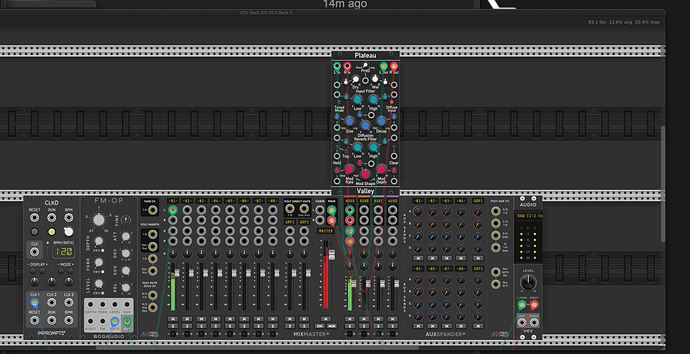 Hey all, sorry I’ve taken a while with this. There’s been so many things happening outside of the world of Rack.

So I’ve taken some initial impulse response (IR) measurements of Plateau in its initialised state in both v1 and v2, and yes there is a definite level difference in the wet signal, which I guess is what you meant about it being softer @Eurikon. The IR on the left is from v1, whilst the IR on the right is v2. 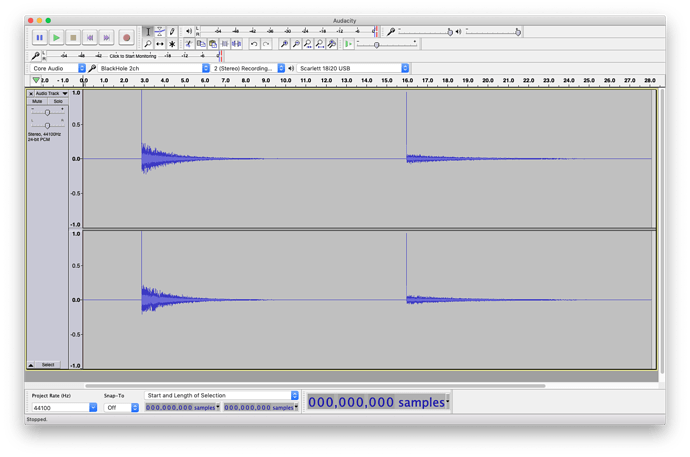 I think, as a stop-gap solution, I will revert to the v1 DSP and wrap it in v2 code so we can have the good old Plateau back

But isn’t that a reverse result to what people have been experiencing? (Plateau for V2 being much louder than V1.)

It appears so, but to verify that I need their patches (ones that work on both v1 and v2). In a scientific setting like I am doing in my test, the v2 wet signal is audibly quieter.

Ah, I think I found a bug in my own code during the test anyway. Okay, it IS louder in its initialised state. I had merely initialised the module from the context menu rather than from a blank patch, so the -18 dB input was still on. Here are the updated IRs: 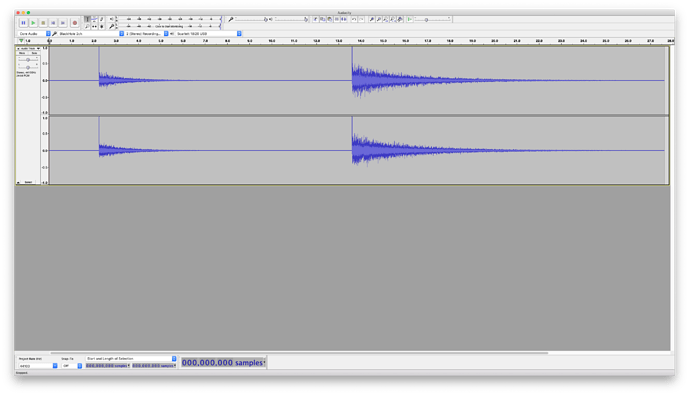 Yes Yes Yes!! Thanks for finding some time Dale.

yes place plateau after a tangents. you will hear a lot of resonance like distortion sound even at -18db

also the bypass feature needs to be working for Valley products.

Alright everyone. A late holiday present, but I’ve fixed Plateau

An update request has been sent to the library team and so should be available in the library soon.

I reverted the DSP code base back to v1 for now until I can figure out why my new version was screwing up. I also added the bypass feature.

I’m so sorry about all this mess. I know that this module is used a lot in this community, so I’m pretty embarrassed that I allowed this to happen and mess up patches for a lot of people. I’m thankful that the community is patient and found these issues for me.

@valley.audio Who could ask for anything more? Thanks for looking into this and finding a temporary fix!

For the impatient ones - valley-2.0.2 builds https://drive.google.com/drive/folders/1UWvaeFAg1KnWuloRF5VouXLEPalT1XTf?usp=sharing