after a few weeks of work and testing i would like to announce the initial release (0.5.0) of the sonaremin: a small standalone device one can build based on various little arm computers like the raspberry pi, the odroid c2, the asus tinkerboard, some android tv boxes and some other similar devices and which is built around my arm builds of vcvrack. it can operate in two modes: display mode - where it can be used like a regular standalone vcvrack installation to create or modify vcvrack patches with an hdmi monitor, keyboard, mouse and maybe a midi controller connected to it – and headless mode - where it can run with just a midi controller connected and using a specially prepared patch to play it like a hardware instrument or even without a midi controller connected to it in some installation scenarios where it simply plays a generative patch. in headless mode it can be used like a regular hardware device: plug it in and shortly after it will work and when done simply plug it off.

this is the initial public release, i.e. i tested it already and it works pretty well so far already, but of course it still might have bugs and how well it works out of the box depends a bit on the chosen hardware as well. a lot more information about the sonaremin and installation images to flash a handful of small arm cpu based devices can be found at https://github.com/hexdump0815/sonaremin 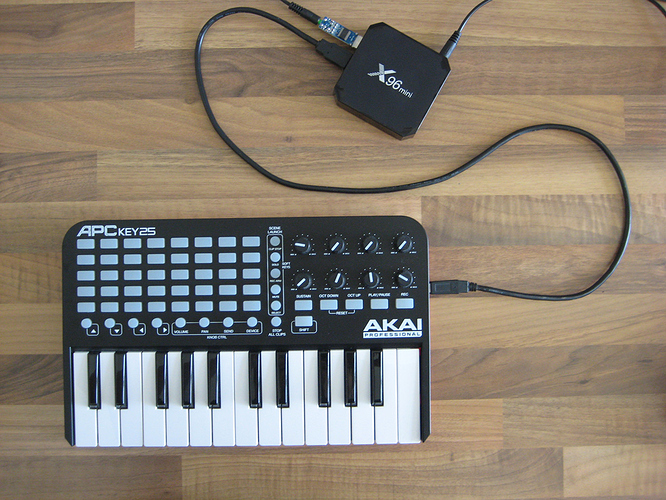 Excited for this project, especially since it is now supporting v1!

Question though, I am accustomed to flashing .img files to SBCs…could you please point me to a resource for doing the same with the .tar file Sonaremin images are distributed in?

Do you happen to have an image for a Jetson Nano 4GB?

I’ve been trying to get VCVRack to compile on the Jetson Nano (4GB) and not having any luck, can’t get past compile glew 2.1 in dep.

I did manage to get MIDI working by recompiling the Kernel. I also heard that OpenGL may have been disabled by default, I’ll look in the config again and try again.

@teknorapture if you want to use vcvrack on the jetson nano it should work quite well with this build (the aarch64 one): Release based on vcvrack v1.1.6 - plugins updated 02.03.2021 · hexdump0815/vcvrack-dockerbuild-v1 · GitHub … you’ll have to use the official jetson jetpack image and have to compile the kernel with some extra options (which you did already) … the armbian mainline kernel image for the nano will not work well, as opengl is not working on that one … here are some tips on running vcvrack on arm, which mostly should apply to the nano case as well: vcvrack-dockerbuild-v1/readme-raspbian.txt at master · hexdump0815/vcvrack-dockerbuild-v1 · GitHub … if you want to build vcvrack on your own, then this repo has some patches and instructions for building it on and for arm