the (most probably) smallest vcvrack installation :) 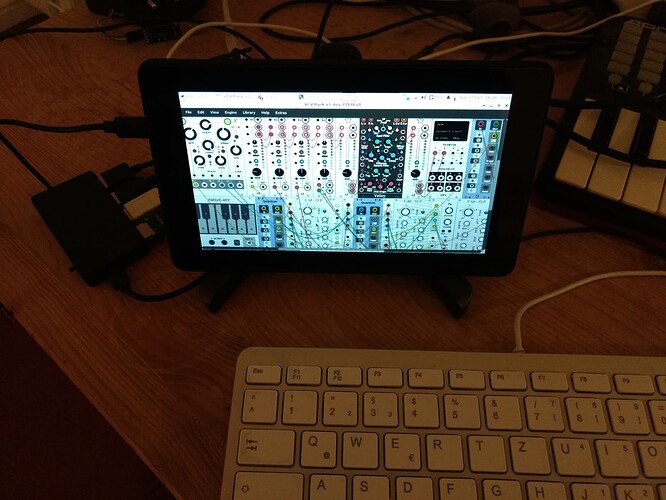 i just managed to get my linux arm build of vcvrack running on an old and slow amazon fire 7 tablet from 2015 on which i’m running a linux system instead of the usual android … it runs stable without hickups with smaller patches (at a sample rate of 22.05khz) - the internal speaker is not supported so the output is via usb audio adapter - the touch screen is working, but as it is quite tiny (7 inch only) and vcvrack is not too well useable with a touch screen i’m using it with a usb keyboard and mouse … of course this setup is nothing one wants to use for real stuff, but i was surprised that it was possible to get it working with such low end hardware at all … for me it was just some kind of a proof of concept, that those old tablets are sometimes still useable for some things thanks to open sourse software 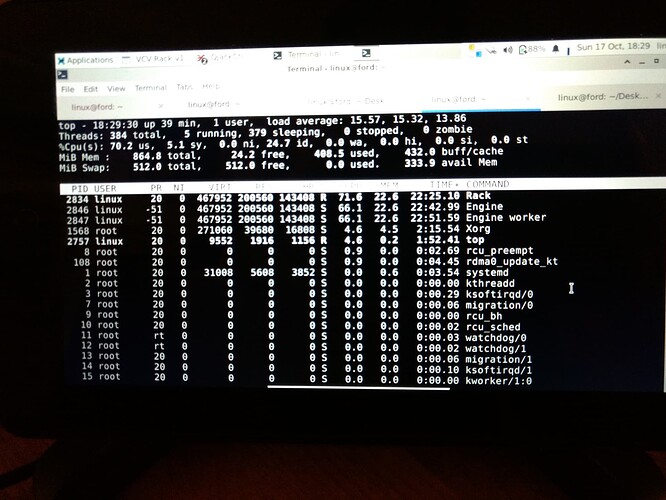 Kewl… Rack V2 is supposed to support running in headless mode, that might be interesting to explore, dunno.

@LarsBjerregaard i have that on my radar for my sonaremin project, but i prefer to wait until v2 has settled a bit before looking deeper into this topic