When in user mode on the MK3 I get no midi from the arrow are RH button, this is not limited to Rack as I have checked with GMidiMonitor and ableton, maybe I need to do some more reading of the documentation, it could be user error on my behalf. I am not familiar with the launchpad yet, as I only purchased while developing this module, my normal controllers are the APC mini.

on the apc mini key 25 there are also some buttons hardwired internally and do not produce midi like a shift button and the octave up/down buttons - maybe it is something similar on the launchpad?

There was a discussion on one of the @stoermelder treads about one of the launchpads and how to activate a user mode to control the LEDs (I can’t find the post now) but this was the link - https://www.partsnotincluded.com/how-to-control-the-leds-on-a-novation-launchkey-mini-ii. I tried to send the message from reaper to my mk2 but it did nothing so I don’t know if it is exclusive to that particular model or if I was doing something wrong but it might be useful to look into if you want to investigate.

It would be good to get feedback for the page on the arrow buttons but I’m not sure how to look into it, perhaps the buttons are hardware set to be one-shot (what’s the right word for this?).

I just want to express my gratitude to you for making these modules, you identified something that was really lacking and made it very easy to use these grid controllers, previously it took so many modules to make them even half usable and now it is very easy. With thousands of modules available that is not a small feat so well done and thank you.

i have a question and maybe feature request for midi-cat: i played around a bit with midi-cat and an akai apc key 25 controller - it has many buttons and i managed to map them nicely via midi-cat (a big thanks for all those amazing modules btw.) but the feedback to the lights of the buttons is not perfect yet … if i press any of the buttons it sends a note on channel 1 with velocity 127 and midi-cat is sending this note back which results in a green light on the button the buttons on this contr…

The controller modes you and @stoermelder have linked shall be very useful, and a nice bit of reading while on vacation next week. Looks like the novation controller will require a bit more development on my part, but will definitely be a required improvement.

Thank you for sharing your work! I am myself on holidays as well, I did not bring my APC Mini, I will test when I get home. It feels like a really good step forward. I think this kind of feature should be enabled more easily by VCV through its API, e.g. a plugin could specify in its manifest which controllers (using device ids for example) are compatible. Along the same line there could be a widget to select both MIDI in and out, you rarely need to only send feedback or only receive input.

I do have my Akai Fire with me though, for which I am working on a similar module (as I explained here)

Sadly the Fire makes heavy use of SysEx for most of its interface, which is not working in Rack v1. The Fire also integrates a screen, shift and alt keys, leds and knobs ; I felt it makes sense to write a module dedicated to it, though as I said in the link above the programming work could be made much easier using scripting languages.
Anyway, I’m happy to see other modules do the same and I wish we can collaborate where useful to both of us! Thanks.

will this work with linnstrument in some way?

I got the basics working in TouchOSC. 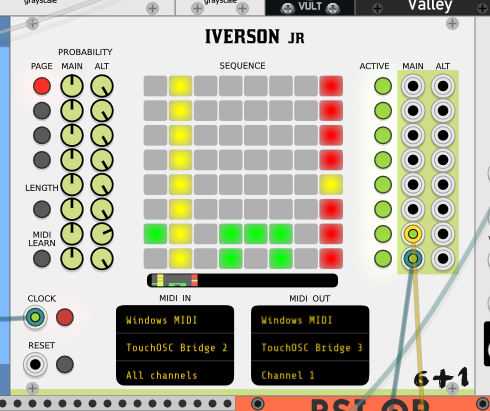 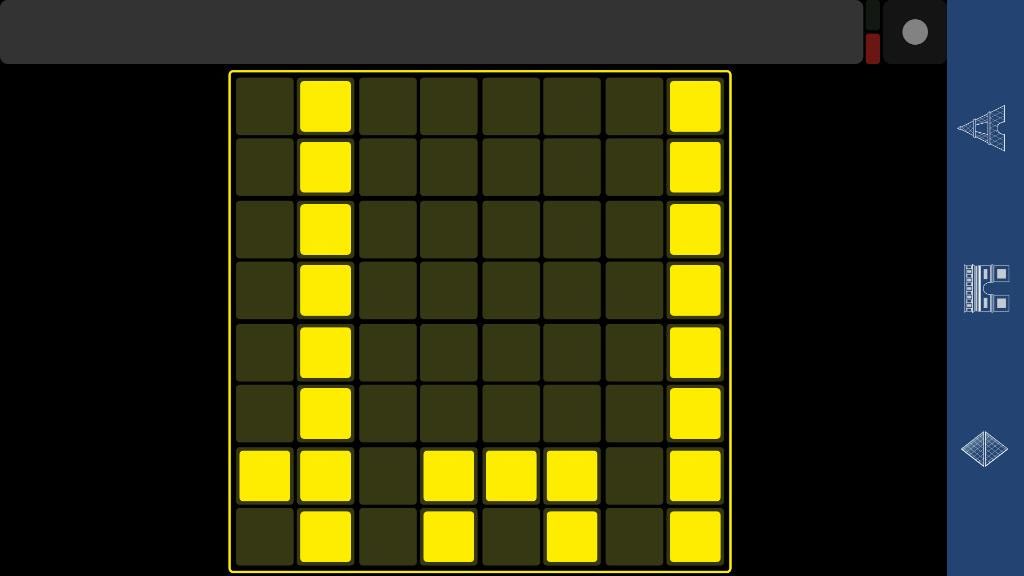 The last column is always lit, and the lights have trouble to follow 120BPM quarter notes, but it works.

Only thing that worked was using buttons set up as Touch, not Toggle, with these settings: 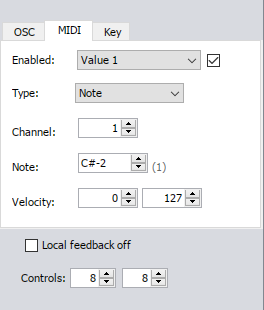 TouchOSC files are zipped XML so rather than set 64 of them by hand with the terrible editor UI I just edited the XML:

WOW! I’ve got no luck with touchosc today. I think you use toggle buttons right? But the buttons inside the sequencer are momentary. So the notes mode solves the issue right? Thanks for that entry. gonna try it soon. EDIT: whoops, didn’t see you mentioned Touch buttons in your post, sorry

Here’s the .touchosc template I made. I only added the grid for testing, but the rest of the controls are trivial to add.

will this work with linnstrument in some way?

I am unsure about the use, but would be keen to find out if anyone has tried it.

I have not looked at SysEx messages for a long time, and I feel your pain in V1, maybe V2 will help. I feel a dedicated module for the Akai fire would be a good addition to VCV Rack, it does seem logical, and as the controller is reasonably priced and is a good bridge between the virtual and the physical.

A scripting language may be possible as @Aria_Salvatrice has embedded JS into a plugin : Experimenting with QuickJS in my plugin outside of VCV-Prototype

I wish we can collaborate where useful to both of us!

I am open to collaborating in any form, feel free to DM me.

Nice work with the touchOsc, that’s one of the advantages of this community, members using your creations in ways not originally considered. I may not have considered this, but the use with touchOsc could be common, as I would assume most rack users would also own a tablet that can be used as a controller.

A scripting language may be possible as @Aria_Salvatrice has embedded JS into a plugin : Experimenting with QuickJS in my plugin outside of VCV-Prototype

Going that route, please note that I have done the bare minimum to make it work for my use case, because QJS isn’t documented in detail. I only used it because it was necessary to load recent Typescript modules. My implementation is limited to evaluating strings and reading the contents of variables, using JSON for interchange. You also need to copy my Makefile verbatim and pull @jerrysv’s QJS fork for it to work in the library.

You’d have a much better time embedding Lua or Duktape if you don’t specifically need it to be modern JS.

Iverson in now in the library: https://library.vcvrack.com/StudioSixPlusOne/Iverson

Additional support for external controllers shall be ongoing.

thanks! anyway I’ve got a lot of issues with lauchpad classic. I just do manual grid mapping then take a clock and see some glitches and slow signals in GUI and CV too. I think it relates to some midi feedback implementation of this sequencer. If you need somekind of log just tell me and I will do. Cheers!

Artem, did you every try the lauchpad classic with any of the previous releases? The reason I ask is, I increased the rate the date was sent to the external controllers for the release version. If the older versions works better with the classic, I will add an option to the context menu to allow for a slower midi feedback.

Oh I see. This is why I’m getting flashing scene buttons in some cases. But no I didn’t try previous version, could you point me to the right link? Also is it possible to get color coding like in the module? Because I only got red buttons on the launchpad

iirc the color coding (i.e. values which have to be sent) are different for the launchpad than for the akais - i think it was in some link i posted above … but maybe it is not related …

Was the last beta build. You are able to load your key mapping as a preset.

I still need to look at the led colours for the launchpads, these should be included in the next release.