Hi there !
I have omnisphere and keyscape, and I love them but I can’t stand that they take almost 182GB of space on my laptop.
I moved the library on an external mechanical drive but it is painfully slow to load the patches.
My laptop has an nvme drive (I believe… Macbook Pro 15" mid 2015) so I was wondering if I needed to get an nvme drive in order to get the same performance or a, much cheaper, 240GB ssd drive could do the job just as well. The laptop doesn’t have usb-C /Thunderbolt 3.

What ports does your machine have? There are external SSD drives and they’ve come down in price considerably.

With a USB enclosure you are unlikely to see any benefit from using the NVMe over an SSD.

However, the cost/benefit analysis doesn’t really stack up. The SSD is fast enough for sample storage. It is video editors that really benefit from the fastest possible external storage.

Thank you very much, I’m going to buy an SSD then

I haven’t done the benchmarking to prove it, but on paper at least USB3 is fast enough to have a noticeable speed boost for SSD over USB3 hard disks.

It’s absurd to consider an EXTERNAL NVMe drive because NVMe is a direct host controller protocol.

As for patch loading being slow, even an external hard disk should be speedy enough for patch loading, even with hundreds of megabytes of data. If it’s noticeably slower, maybe your external drive is slower than usual.

I’ve seen it myself though. OK, everything was slower on my old computer, but I had my Omnisphere library on a second internal HD and there was a real lag going between patches. Not there with it on an SSD.

Agree re external NVMe , but people do it:

Currently, the best nvme external enclosure is the Sabrent EC. Wiki researchers have been writing reviews of the latest m2 enclosures since 2019.

Cool Thank you all for the explanation. I really appreciate it.

@Nik I have been fooled by those things to be honest. I think I’ll wait until amazon prime day and see if I can get an offer on some larger ssd, otherwise I will buy a 240Gb just for Omnisphere and close the deal.

@albertino26 not sure if you are based in the UK?
The price right now for a 1TB SSD is superb! 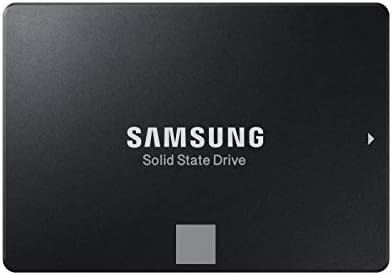 Most SSDs are >300 MB/s over SATA or USB 3.1 when reading lots of large files simultaneously (like samples). A 24-bit 192kHz WAV is 576 KB/s, so you should expect to be able to read 500 of those just fine. File random access latency is <1ms over SATA and probably a bit more over USB 3.1. Unless you’re JunkieXL with 200 Cubase tracks, you’ll be fine. I use a Samsung 850 PRO with Kontakt, and I’ve never run into bandwidth or latency problems.

That guy has an absolutely absurd amount of equipment. The synth equivalent of Jay Leno’s garage. But he also delivers the goods, so … can’t rag on him too much.

Even in gaming the load times for M.2 is only slightly faster, a second or two depending on the game in comparison to SATA.

unless one does quite a bit of data transfer then nvme is overkill for anything but the boot drive, or if one stores databases that are heavily used, or likely video editing and such… my boot nvme m.2 samsung 970 pro is an absolute speed deamon, manages in excess of 3GB/s on large transfers. System boots into Win10 pro in 7 seconds from BIOS screen. Post takes almost twice as long. I tested a 7200rpm HD and it takes damn near a minute to boot from BIOS screen.

I have my eyes on an ADATA nvme that is as cheap as a sata ssd. I’m thinking about getting this 2tb and replace my system drive and load all my samples on it, around 1tb, and using the external drives as backup drives.

Is it fine loading samples from the system drive?

like with any sampler, it only causes a problem with then sample loader and “everything else” start fighting for disk access. In your case there is so much bandwidth on that system disk I wouldn’t thing it would be a problem. You aren’t going to be recording priceless concerts into 128 tracks at 96 k are you?

That said, I haven’t tried that myself.