Maybe @synthi has an idea. I’m using Nysthi Confusing Simplers as buffer recorders. Recording gets turned off and on by slow clock pulses, and left to free run, so you have some semi-chaotic repeats of past note information.

All well and good but the transition playback->record and record->playback always comes with a click, even with ANTI-CLICK turned all the way up.

I’m not asking for record & playback to crossfade in and out (though that would be cool!) but it would be cool if those transitions were de-clicked.

So the question is: Is there a way to do this kind of live sampling and playback without clicks already? Or is this a feature request?

Second question: Is it just me or is this user interface/labeling confusing? It says ‘In R’ right over the record toggle input: 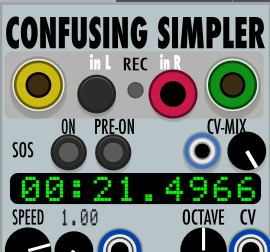 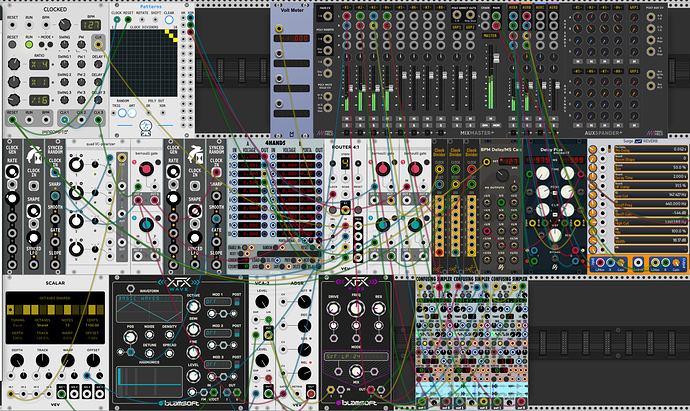 Now you’ve highlighted it the labelling is definitely weird. There’s obviously serious space issues but having them aligned to left/right would be an improvement.

It’s in the skin and adjustable but I think the default should be changed. 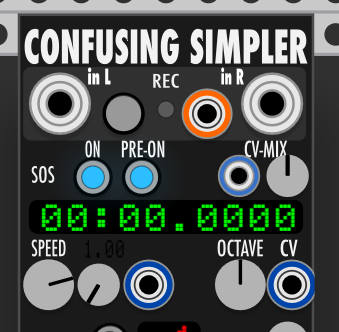 Well not a bug so much as a limitation. If you have a sampling units with inputs like that, then the transition between recording and playback is going to be a challenge. It seems like Confusing Simpler does it instantaneously, so there’s a discontinuity going both directions: When you start recording, it silences the playback and starts filling the buffer. When you finish recording, it turns on the sample playback, and both are abrupt.

The only bulletproof way to go click-free (as near as I can figure) is to double buffer – the recording goes into one sample buffer, and playback comes from a second buffer. At the transition points you can crossfade: when you go playback->record you fade down the playback buffer and fade up the live input. On the other side, when you go record->playback, you fade down the live input and fade up the recorded buffer.

And at each transition you swap the buffers, playback becomes record and vice versa.

if the In L and In R jacks were the same size as the Rec toggle, the labels could center over the jackcs.

I feel like a sampler with an input function should be able to do this smoothly so I would call it a bug. I suppose that could be detrimental though, depending on what you are sampling, if a fade in is default.

That would look pretty weird though, they are standard jack size.

(and there is no more space)

e) I need to think about the instantaneous switch between REC and PLAY phases: yes they are in separated buffers 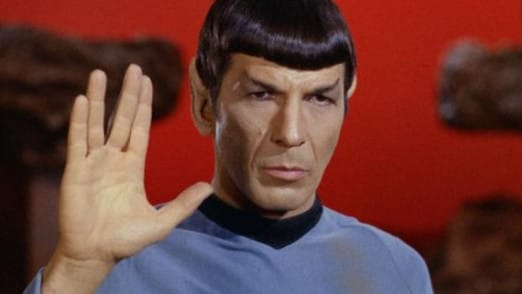 the change is for the Simpliciter AND the confusing simpler

It’s better but I’d love something like a second long crossfade.

A patch that demonstrates the thing I’m trying to do. ConfusingDrone.vcv (54.8 KB)

It’s the kind of thing that there should be a way to have a more graceful crossfade. 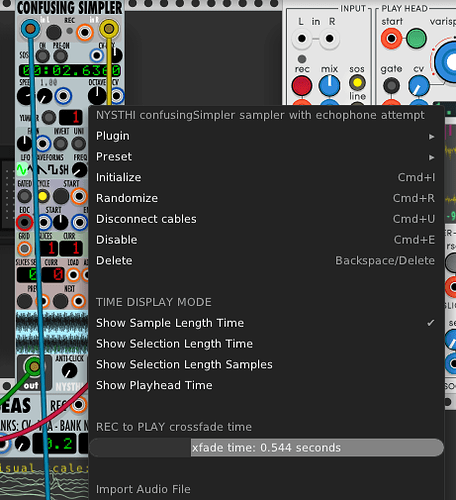