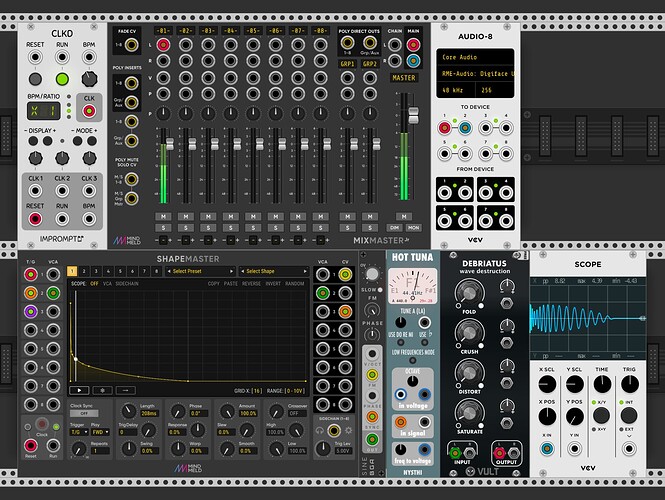 PsyTrance kick’s are more technical to make than most because the sine pitch sweep normally ends on the fundamental of the track, they are usually exactly 1/8 note long, and they have a distinctive ‘fishtail’ shape. Of course you can adapt this patch to make kicks for other genres too - it gives a lot of control over the sound.

Three channels of ShapeMaster are used here, all are in Trigger/Gate mode so the envelopes are triggered by the 4-on-the-floor clock.

Channel 1 on ShapeMaster is used for the pitch sweep. I’m setting Bogaudio sine to G1 (using Nysthi Hot Tuna), this is the fundamental that the kick will resolve to. ShapeMasters range is set to 0-10V and the envelope controls exactly how the pitch will sweep down to 0V (the fundamental). You can control how clicky the initial transient is by adjusting the initial high voltage and small changes to the other nodes on the sweep down will change the sound of the kick significantly. Length is set to 0.2085ms which is exactly 1/8 note at 144 bpm. If you have ShapeMaster Pro you can just set the channel to Sync (unlocked) at 1/8. The second half (1/16th) of the pitch envelope sits on the fundamental which makes it easy to control phase issues with the first 1/16th bass note in a typical k-b-b-b psytrance pattern.

Channel 2 is used for the amp envelope (utilising ShapeMaster’s built in VCAs). This is used to make the ‘fishtail’ shape for the kick which has a loud and snappy initial transient and then ducks in volume briefly before the boom of the kick - this is very tricky to do without an MSEG like ShapeMaster. It’s length is also set to 0.2085ms.

Channel 3 is just a simple trigger to the sync input on the Bogaudio VCO which resets the phase of the sine wave so that each kick sounds the same. The length of this channel is set to 417ms which is exactly a 1/4 note at 144 bpm. With ShapeMaster Pro you would just set length to 1/4 (Sync on and unlocked).

To finish up, a little saturation is added with Vult Debriatus. 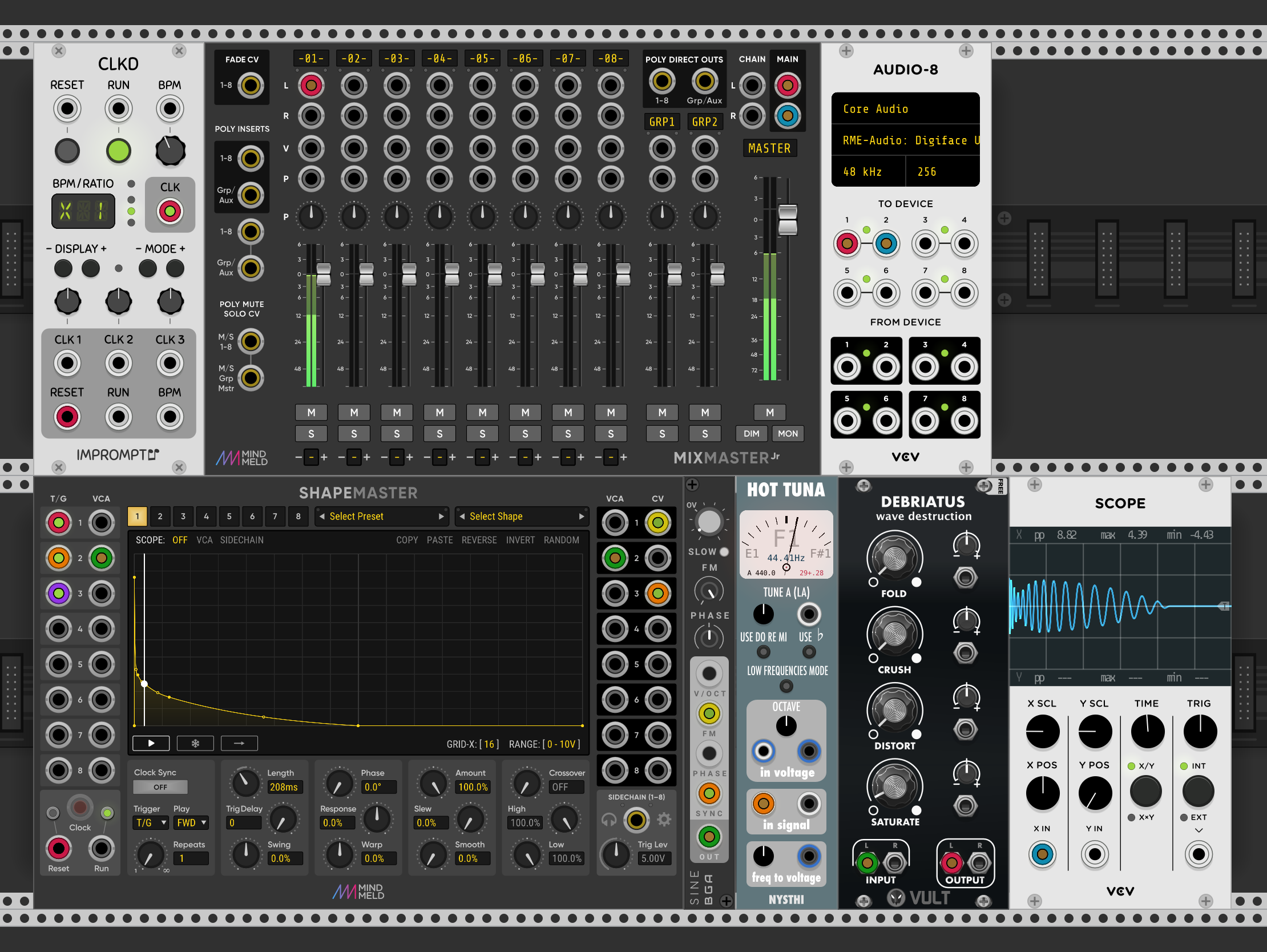 Ok. I see now what the fuss about Shapemaster has been about. I’m absolutely loving this module.

Nice one! A good deep dive into understanding the complexities of a single kick. Thanks for this.
Here’s what I love about VCV Rack: Jam first. Ask questions later.
I didn’t read your great explanation until I was done with the patch. Cheers!

Building on Spirit's ShapeMaster PsyTrance Kick patch. patchstorage.com/shapemaster-psytrance-kick/ Thanks for that with the great explanation....

This is very cool and great to hear it being used!

Sorry for the delay replying, I got completely sidetracked by being sent the v2 VST for testing

Yes VCV 2 comes first! Thanks for the compliment and for testing to help get v2 in the best possible shape for an epic release. So excited!

Taking the Shapemaster for a spin. Not exactly Psytrance, but your explanation helped me understand it better. 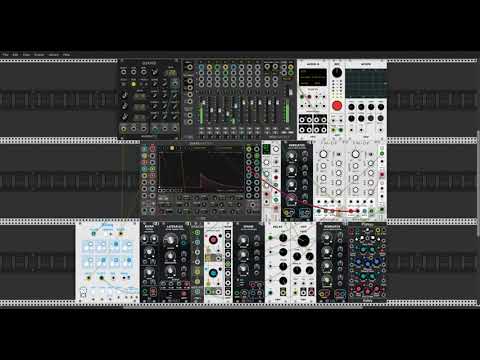 I know I’ve only scraped the surface of this module.