432 Hz tuned music was associated with a slight decrease of mean (systolic and diastolic) blood pressure values (although not significant),

The current reference frequency for tuning musical instruments is 440 Hz. Some theorists and musicians claim that the 432 Hz tuning has better effects…

So they used the same music for 440 Hz and for 432 Hz, I assume the 432 Hz version was pitched down like a tape played slightly slower. If that was the case, the tempo also was slower and of course more relaxing. Also an open question: What genre of music was used in this study?

I wondered that, but of course these days its pretty trivial to pitch it down without changing tempo. I’ve not read the paper to know if that part of the methodology is discussed

They said film music. I also had the same questions: is it a pitched down tape, or an orchestra tuned differently? That would be an entirely different approach. If it’s a tape slowed down, did they keep the tempo? There’s not really a discussion about the methodology in the paper.

And, of course, what is film music? Ambient space stuff, or JunkieXL beats and noises?

If they pitched the music down by pitch-shifting and preserving the tempo, it’s like transposing down just about a quartertone (half a semitone) - it’s exactly 31.767 cents.

Just for interest: W. A. Mozart owned a tuning fork tuned to 428 Hz.

Remembering the time where tape cassette players were common, I’m sure I had one or the other running a bit faster or slower so the difference in pitch on one cassette machine to another might have been more than a quartertone.

… and 33 volunteers are not so representative

But they are Italian!

Bingo, there’s nothing special about the tuning A4=432 Hz, it’s just lower, slower, and if they use a repitch algorithm with the same tempo, it’ll have smoother transients, so it’s not surprising that it makes people feel calm. If they tested a third group, with A4=425 Hz or so, I’d imagine the effect would be even more significant. At a glance, the paper is statistically sound, which is probably a first for “432 Hz” research.

I guess this explains why low, rumbling drone music puts me in a pleasant, catatonic state.

There is nonsense put about saying that 432Hz is the ''frequency of the universe". Such anti-scientific rubbish. A particularly stupid new age meme. Proponents forget that pitch standards have been all over the place for centuries, and that there is not a shred of any basis in physics or physiology or any other rational discipline for this frequency, and it’s only A in any case. What about the other pitches? Many French harpsichords in 18c were tuned at A392 and so on. Were people even calmer then, or were they way below this mystical frequency? There are a lot of bansuri makers who produce A432 instruments who seem to be riding the wave of this bizarre idea that people seem to want to belive in. And the study is N=33? Give me a break please. 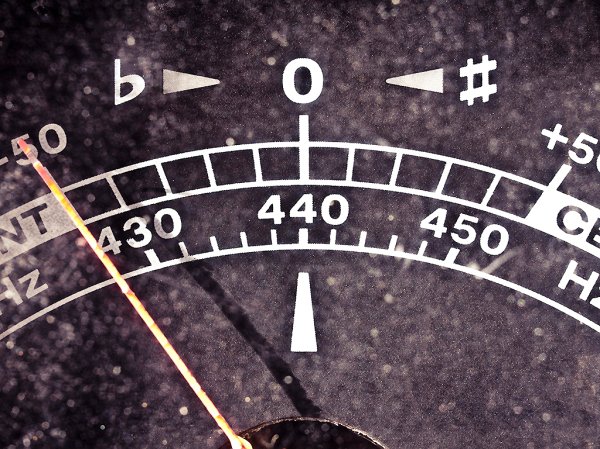 The firmament must have a resonance. It’s actually perfectly rational, just like the rest of creation, music especially

Imo, they should probably use the harmonic series or music written in just intonation for these tests instead of 12TET.

Let me quote Adam: “A432 is a road that runs from Bristol to Old Sodbury…” 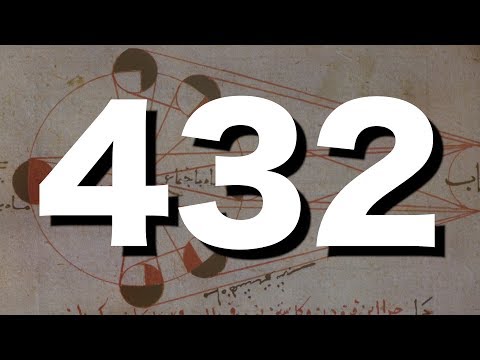 I tried once to find the frequency of my tinnitus, but it is so high that I could not find a reference. I thought that maybe using a scale and a tuning matching the frequency of it would a good experiment…

As stated before, the sample size is awfully small. And one group was twice as large as the other, which is potentially important because the one group listened in reverse order relative to the other. The paper claims the same trend was observed in both groups, but doesn’t show data to back it up - the paper only shows the combined aggregate.

A few other variables I think should be accounted for, but no mention in paper -

Even if the results are reproducible with a larger sample size and better controls, the test should be run with an entire series of frequency tunings to see what the optimal frequency is. No reason to assume 432 or 440 would be optimal.

The whole thing about 432 being in harmony with the Schumann resonance at “nearly 8Hz” is total B.S.

Certainly not 432. The fact that the authors buy into the Schumann resonance relationship theory as being important to why 432 is ideal, that pretty much does it for me. I don’t think they could publish anything that would make me take them seriously.

Let’s hypothetically assume that there is something legitimate with the Schumann resonance theory. Then do your grade school mathematics correctly.

But I can’t entertain the idea that tuning any note to be “in harmony” with the Schumann resonance frequency can possibly help modern western music - equal temperament quickly destroys any such harmony if you are playing any other note than that one A.

I’m a sucker for a good drone, but not to the exclusion of everything else.

Not so long ago I made a custom scale on my monologue, which was interesting because I identified a special pitch for each note of the 12 tone scale that seemed to be exactly right and in most cases I could clearly identify it, but I don’t know if those pitches are something special for me or if it is my room and those pitches were the ones that resonated best with the room. Some of those notes I discovered were also part of one of the special Aphex Twin scales that come with it, so I felt a bit approved by that.

In the end everything that is not 440Hz 12TET sounds a bit weird at first when you listen to standard tuning all the time and then suddenly your track is tuned differently. Also I don’t really like just intonation, because it tends to sound sterile, especially with synths. Different tunings can be super nice, but in most cases they are just annoying, so it’s hard to find something that really works for me and I usually just leave it be.

but as I already wrote my results were mixed…

Have fun with all sorts of different tunings, but if it sounds like weird mush in the end just switch back to standard tuning and it should be ok.

I’m with Adam Neely here. You need to watch the whole video…

Let me quote Adam: “A432 is a road that runs from Bristol to Old Sodbury…” [A = 432Hz] I tried once to find the frequency of my tinnitus, but it is so high that I could not find a reference. I thought that maybe using a scale and a tuning matching the frequency of it would a good experiment…