I’ve been using Rack for a couple years now. I enjoy tinkering with different combinations of modules to see what I can come up with. I’ve been debating for a long time starting a YouTube channel focused on primarily VCV Rack, but haven’t really had a good idea where to start content-wise. Along with patches I’ve made, I’d like to share some of the knowledge I’ve gained over the past few years to help others who are new/intermediate to modular synth in general.

I’m planning to cover some modules that @Omri_Cohen hasn’t yet (yes, those actually do exist

). So far I have put together some examples of One Shot by Path Set. What would you, the VCV Rack community, like to see? Any particular techniques or workflow tips that you’ve wanted to understand better? Any modules you’d like to know more about? Would you enjoy raw live patching videos?

Thanks for the input! I’m a bit nervous, but looking forward to starting on this project soon.

Don’t really know what I would like to see today, but what helped me immensely in the past was commented and explained patches from scratch. To me, an invaluable way for beginners to learn and understand is to follow along those, take the knowledge and tips presented and with that, deviate from what you’re seeing. There should be more of that on YT.

I personally would like to see a very deep dive into logic and computing. Like right now on the background I have a patch that has a problem: so I have a sampler and tuner (Tuna) that receives the signal and outputs CV. Sometimes it glitches and outputs whatever it wants. So we need a little “computer” that looks at the signal and decides if any particular wavering is normal or not. I know how I want to do it, but it would be interesting to see other people’s approach.

Besides that… Do whatever you feel like doing. If it works, it works. Even if Omri or Jacub or somebody else did it, you would do it differently. Probably… Just do it regularly and everything would be fine.

I think that sounds fun, but for me that’s a very “stream of consciousness” process. I don’t have the time to do the amount of editing that would be required to keep it concise. Would it still be helpful if it was fairly raw, showing my thoughts and decisions as I go?

I think, if you have result mapped out - or maybe recreate a patch, going by a screenshot - that should work nicely enough. I myself thought about doing a, right, stream of consciousness live-thing but am anxious that I wouldn’t arrive somewhere that’s on par with what I normally redeem (at least) upload-worthy

Well, try it. What’s the worst that could happen? Nothing. Or maybe some comments like “ah, boring”, but what’s boring to one person is fine for another. SOme people love the “meditative” content. And noodling is kinda meditative. You could be the Bob Ross of VCV-related content

Hi Joe - I’m very very new to VCV modular and I don’t know if it’s us newbies or established VCV people you’re aiming the channel at. Saving from my meagre salary to purchase Pro - (hopefully I’ll hit the magic number in 2 weeks). For me a deep dive into patch creation would be very useful. To stop these getting boring (for yourself not us viewers) how about digging into any new modules that are out there, or concentrating on a particular developer for a series of vids. Be really neat if you went through a complete composition and how you decided on the modules you used. Anything is good, and if you do attempt it keep us posted - and thanks very much for the time and effort. Very much appreciate it.

I’m a fan of finding new tricks with modules like finding out certain filters can self resonate and be used as VCOs, creative use of FM/sync, noise with sample and hold as percussion etc.

A really in depth look at the Befaco Noise Plethora would make my day.

I really miss the big deep dives in to one module that Omri started his channel with and of course the patch from scratch buildling videos too. Anything that you can follow along 100% with and deviate from… I learned the most from those videos. It’s not quite the same when someone has a bunch of patches already made and just presents those.

I think there’s quite a lot of content out there already, so anything that hasn’t been covered much before would be good, whether that’s overlooked modules or unusual techniques. It’s up to you really, there’s enough interest out there for almost anything VCV related to get some views. Personally I seem to focus on sound design rather than how to make generative sequences etc, but that’s just my area of interest. People seem to like tutorial style videos more than just performances (at least that’s what I’ve noticed) so maybe focus on a clear voice-over and prepare a bit of a script before. I never wanted to be a YouTuber really, but having got a few hundred subs now I feel like I should start putting a bit more effort in and do a tutorial myself. It would just have to be something totally different

I think it would be very helpful if your stream of consciousness ended up below your own standard.

At least for me because it happens to me more often than not and there’s no manuals or video’s out there describing how to fix or beautify a particular patch that has gone off track, because they are all particular. Let alone instruction video’s on how to deal with being unable to get it back on track.

Maybe In between the years (those 12 days of Christmas)…

I don’t know if this is something that’s in your field of knowledge, but I’d love to see a video covering the entire workflow of producing a song with Rack PRO in a DAW, from start to finish. Say 4 tracks or something and including composition, to voice making, to mixing and mastering, MIDI automation and audio recording, ending in .wav export of the finished song. The quality of the music is not the point of course it’s the workflow. I have very little idea of DAW usage and workflow hence my interest, with a special focus on using VCV Rack as much as possible of course.

Yeah, those live streams Omri used to do were invaluable. I wish someone would pick up that torch. Very time consuming obviously tho.

I tried to do it maybe one or even two years ago. I think it would’ve been better if I advertised it in any way and anywhere. But it was a total disaster: 3 streams, 0 viewers, and later I realized that there was no sound from VCV, hahaha. Lesson for the future: carefully set up your software. My new idea is to interview people. Like developers and musicians. Not now though, so if anyone wants to steal this idea - you are welcome

Yes i would. For me (novice) its good to see different workflows (SOC)

This would be faster and to the point.

Learning modular via tutorials combined with VCV on the side is good fun. I am really curiuos to other peoples insights and knowledge about modular. Maybe patreon is an id for you ? Keep us updatet when you`re on YT

It’s by no means more than a very quick introduction but I made a small video showing of the 3 different use cases of VCV Rack in a DAW (Logic Pro).

These three instances are actually on the same track in Logic, so it’s just a quick demonstration. 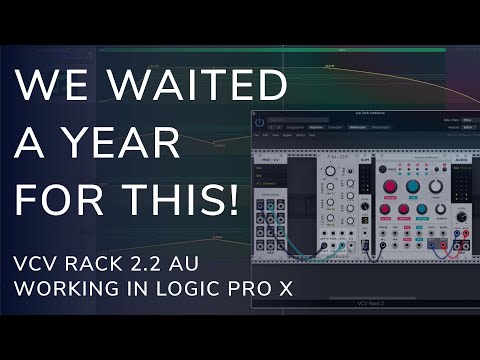 I don’t use Logic, but interestingly I don’t see much content on Rack and DAWs in general. I might do something on Cardinal too.

I still haven’t got a decent mic for recording tutorials so in the meantime what do people think of this format where I’ve just added captions and shown different modules etc? Would be good to get some feedback as it takes a while to edit and I’m not sure it’s really worth it. 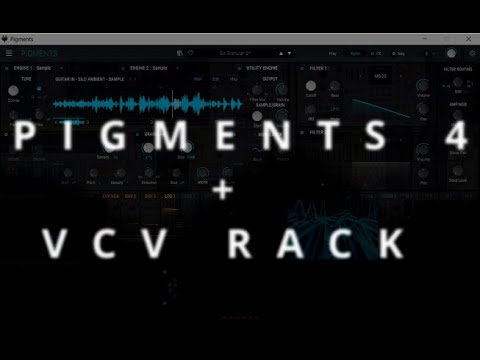