Pen Tablets and Touchscreens with Rack

I’ve been trying to use VCV Rack with my touch enabled Wacom Cintiq with varied results. It does work, but the controls (knobs, sliders, etc.) tend fly all over the place. Patching of the cables works great.

Is there any way for me to optimize this so it will work better, because I really enjoy it on a touchscreen or with the pen.

Apologies if this was already been asked. I tried to search it.

i was wondering the same thing. i’m working on a 4k touch screen and it would be cool to use the all the touch capabilities. although touch screen does not compete w a good mouse IMO.

Yeah, I agree about the mouse. I’m not really expecting perfection or multitouch gestures. Just having it be a little more manageable where the knobs don’t float when I touch them. For instance, in Ableton prior to Live 10, you could go into the options.txt file and set it to “Absolute” mode so it was usable with pen tablets.

This is asked about once a week, so I’ve added it to the FAQ.

Just did the “allow cursor lock” json trick… Big thumbsup! Much much much better now.

I knew there had to be a way to tame it.

did you tried the midi gate , I think is a good Idea , perhaps you should use the wacom assistant to configure the buttons to acts as the numpad (for instance), then, you must set the midi gate as computer keyboard > numpad

I will try it today

Since “This is asked about once a week”, I’ve posted an idea for a kickstarter/comunity-fund idea on the GLFW github, hoping that someone might show interest to implement this on the GLFW side, and we as the VCV community could use the community momentum to fund this potentially :

elmindreda
Wayland Windows X11 enhancement macOS
Andrew then further specified what he would need from GLFW, i.e. “touch API added to GLFW and implemented on all platforms with first-class support.” Unfortunately no interest from the GLFW community in this, seemingly. Bummer - as multi-touch capable VCV would be brilliant (for those that like touching around on non-tactile glass surfaces…) c.
ale47p (Alessandro Paglia) April 30, 2020, 9:34am #9

I never had used one and still I don’t have one.

I have seen an used one for 30€ and I was wondering about it, I’m just looking for infos on the web. My goal is to use only this tablet instead of the keyboard+mouse, so I need shift/ctrl buttons from the keyboard to be mapped to this tablet + the left/right button and the wheel from the mouse to move/navigate/zoom into my screen…obviously this it’s not up to VcvRack…other questions are up to VcvRack

do you know if it will be recognized from the MIDI-CV/CC/GATE/MAP?

This sort of inspired this.

that thing is not usable with bare fingers and the side strip can’t work as the wheel, so no problem at all…maybe I have to look for a proper external touchpad

Since this was bumped, I wanted to mention I have little trouble using a XP-Pen brand Cintiq-like tablet with VCV, it’s already usable enough. Like usable enough to jam with it for two hours straight. But you need to uncheck View -> Lock cursor while dragging, or else knobs become unresponsive.

Since knobs are not very sensitive, you generally want to overshoot movement - either by scrolling the rack enough before turning the knob, or by dragging it in the opposite direction before the desired one. It won’t be necessary in V2 anymore, since it will add new rotation methods: https://twitter.com/vcvrack/status/1202921884913979392

And because scrolling on a pen tablet is a right pain, I made for my own use a module to scroll via CV, so I can turn a knob on my MIDI controller to scroll the rack:

Scroll the rack via CV for live performance. If locked by mistake: Engine > Sample Rate > Pause 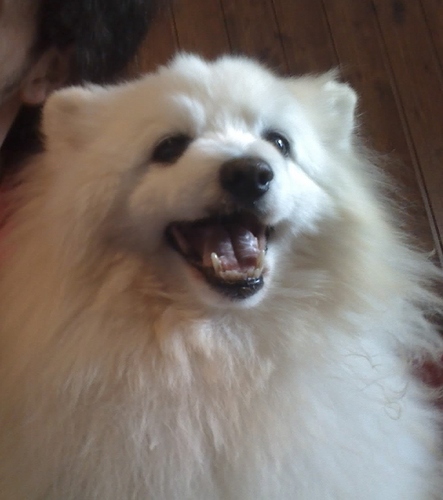