Once upon a time (1976) I was working at a fast-food restaurant in Glen Ellyn, Illinois. It was called “Yankee Doodle House”. Roast beef sandwiches were a specialty. Whenever they hosted birthday parties for kids they would hand out a large clean/empty milkshake cup to each kid and then give them all a white (or maybe red?) nylon strip or ribbon that greatly resembled an 18 inch-long zip tie.

Now the magic and hilarity begins. Find the side of the strip with the ridges on it, much like the ones on a zip tie, except these are at seemingly random spacing. Hold the base of the cup in one hand and press the tip of your other hand’s thumbnail on that ridged side, starting near the bottom of the cup. Then drag your thumbnail along the ridges to the end of the strip, in about 1.5 seconds.

For additional hilarity, drag your thumbnail faster or slower to get a pitch shift. It’s one of the coolest things I’d ever seen, and the kids went nuts over them.

Now, the weird thing is that I have seen nothing like it ever since. It should be cheap and easy to manufacture (almost cheaper than zip-ties, I would think), especially in these days of 3D printing.

Now that I think of it, you could even have two different short phrases on either side of the plastic strip. Make it bilingual.

I saw this guy on youtube reviewing some of these, but I dont not remember exactly the name of the video

We collect unusual toys, and with a collection of over 20,000 (and rising!) that have been bought over the last 30 years, there is a wide variety of amazing things to share with you! We don't do dolls! Our toys might have a fun or unusual...

Bingo! Found it on the second try.

It must have been this one: Strange Sounds From Tim! - YouTube He calls them “talking tapes”.

Thanks for that, David.

Bingo! Found it on the second try.

ahhh look at that, but that was not the episody I saw, but making a search using “talking tapes” it appear! 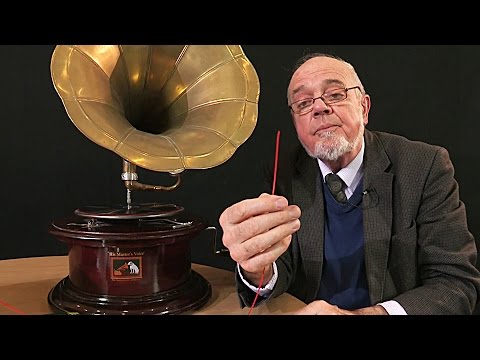