New Plaits modes, including a DX7!

I’m releasing this firmware update with a couple of things I kept under my hat throughout 2021 and 2022 just in case the clones/competition would start being a problem (as you can see, it wasn’t really necessary). Fixed a spurious retriggering...

It comes complete with a new web based editor for Plaits: https://pichenettes.github.io/plaits-editor/patch_bank.html

It looks incredible !!! Makes me want a buy a Plaits even though it would not even fit in my rack right now… Any chance we end up having this firmware in VCV ? That would be absolutely brilliant.

Thanks! Corrected. Hadn’t had my first espresso of the day when I posted

Edit: In my defence I note that Robin has spelt her name wrong too in the Gearnews article I picked the release story up from.

I’ve spent an hour now with the new models (the firmware went in easily off my iPad - always more reliable than my MBP for firmware updates) and they sound incredible. The DX7 patches are particularly huge sounding and there is a lovely string synth amongst many other interesting models. I always made far more use of the percussive sounds on the original firmware than the synths, but I think that may be about to change. The new web editors are superb and really up Plaits’ versatility in the synth department and I have to say that as a wavetable oscillator Plaits sounds vastly better than my SWN, even if the latter has a rather different MO.

I do hope these new models make it into the VCV port soon so everybody can enjoy them.

As the saying goes, leaving with a bang.

Hi everyone, I guess I got into eurorack a bit late for Mutable Instruments. The modules that are new are becoming fewer and fewer every day and the used market is starting to make a killing which really is bringing me down man. Thought maybe people...

Ah, I hadn’t been following along, sad to hear Émilie is shutting down Mutable, but also I know how hard it is to make transitions to new phases and how sometimes one has to do it completely. I think it’s so true that the work will remain quite strong and go on on its own for some time to come. And, it must be a great relief to be able to let go of it completely and move onto something new.

Really excited about the new firmware and looking forward to trying it out.

You could certainly say that

It’s a massive update with quite incredible functionality. I listened to a couple of videos demonstrating the new modes yesterday and some of them sound fantastic! Plaits just became even more (the king of) the Swiss army knife of oscillators. I haven’t checked yet - has the official manual been updated with the new modes?

It hasn’t and the firmware isn’t liked from the website either. The description of the modes is in the link to the forum in the OP.

Plaits is not updated in their repository either, so I don’t know when that will be coming, given that Beads is still not up.

It’s a great parting gift though - I can’t keep myself away from the string synth, it just sounds brilliant!

r/modular - A new tutorial on to install the new firmware on the Mutable... 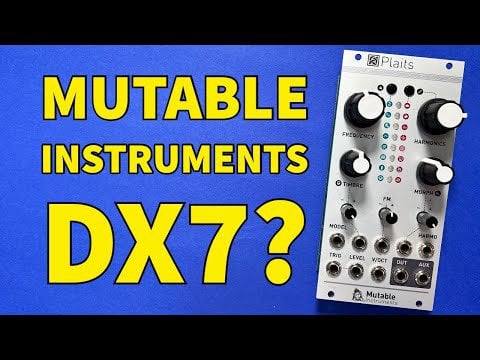 I’ve got a Behringer Brains, no idea if and when that’ll get the equivalent extra sounds, but there’s always hope.

I know it shipped with a couple of extra algos but can it not be flashed with Mutable firmwares?

According to Émilie in the MI forum, the MI patch works on Plaits and most clones like Beehive but not Behringer Brains. So Brains will need its own patch.

yes, as most clones are just straight copies, but Brains has a few changes

Sorry to hear it but … nah, lets not go there

I’m sure Uli has been informed, several times, about the problem; hope he sorts it quickly for you (genuinely!).

Yes. In one week or two I’ll post the code. No point doing it now since someone might find a bug or two. 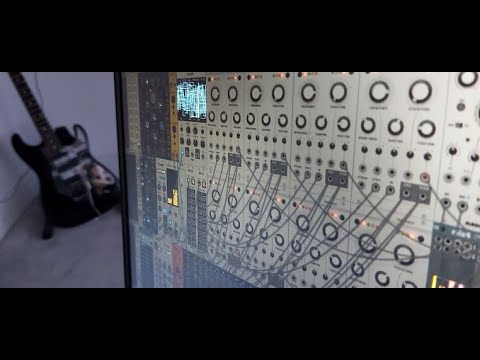 And when there’s a vcv rack version with this new code, it’s going to blow my mind all over again.